The Absolutely Incredible Life And Death Of The Original Russian Oligarch, Boris Berezovsky

By Mark Kurlyandchik on July 7, 2015 in Articles › Celebrity News

Boris Berezovsky is no household name in America, but his life story is just waiting for the Hollywood treatment. His life was filled with dramatic twists that took him from the top of the Russian oligarchy and the upper echelons of power, to billion-dollar courtroom dramas, shady political dealings and assassination attempts, all the way to the very bitter bottom at the end of a rope. From Berezovsky's incredible rise in Boris Yeltsin's inside circle during the post-Soviet privatization of the 1990s to his eventual exile in Britain and opposition to Vladimir Putin, a man who he helped elect, the narrative of this one Russian businessman's life is a cautionary tale of how powerful friends can quickly become powerful enemies. This is the story of the rags-to-riches-to-rags life of Boris Berezovsky, which ended in what may or may not have been a suicide in March 2013.

Berezovsky's early life is pretty vanilla considering his future accomplishments and controversies. He was born into a Jewish family in Moscow in 1946 just as the dust from WWII was still settling. In school, Berezovsky studied mathematics, a vocation that would serve him in his first career as an engineer at the USSR Academy of Sciences. He rose from the ranks of assistant researcher to head of the department of the Institute of Control Sciences, publishing a number of books and research papers through 1989, the fateful year when Berezovsky's life drastically changed course. 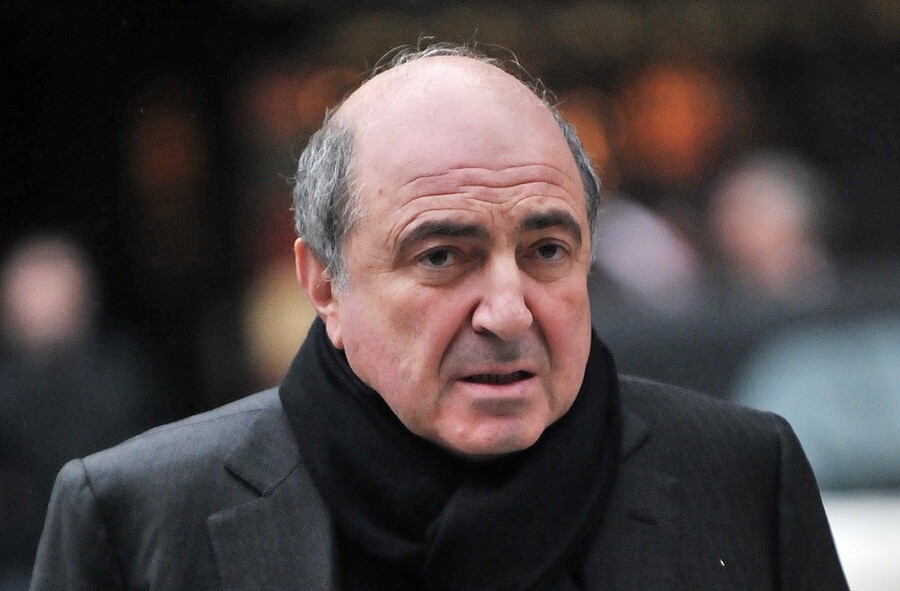 Perestroika, introduced by Mikhail Gorbachev a few years prior, for the first time in Soviet history allowed for the private ownership of certain businesses. In 1989, Berezovsky founded LogoVAZ with a man named Badri Patarkatsishvili, who would eventually go on to become the richest man in Georgia with a net worth of $12 billion. The company took advantage of the hyperinflation of the collapsing Soviet Union by taking cars on consignment but waiting for the money to lose value before paying the producers. It had close ties to Soviet car manufacturer VAZ (now known as AvtoVAZ), known worldwide as Lada. A few years later, Berezovsky started a venture fund with the VAZ chairman and Boris Yeltsin's future chief of staff with the goal of manufacturing a "people's car," but the fund failed to reach it's goal.

By 1994, LogoVAZ was the largest car dealership in Russia with Berezovsky at its head. That same year, his newfound status as one of Russia's leading businessmen made him the target of a car bomb that decapitated his limo driver and blew out every window of a nearby building, but failed to kill its intended victim. Berezovsky was seriously injured but still alive. The incident sparked a crackdown on organized crime by Boris Yeltsin, whose inner circle Berezovsky had penetrated a year earlier by befriending the president's ghostwriter. Years later, Alexander Litvinenko, a member of the Russian Federal Security Service (FSB) publicly claimed that his superiors had ordered the hit on Berezovsky.

(In 2006, Litvinenko, an outspoken Putin critic living in exile in Britain, famously became the first victim of lethal Polonium radiation. Litvinenko was living in a house owned by Berezovsky at the time of his death. A British investigation pointed to a member of the Russian President's protective service as the culprit, although there were rumors of Berezovsky's involvement spread by the Russian media. The episode led to a cooling of relations between Russia and the UK.)

The destabilization of Russia during the mid-1990's proved lucrative for Berezovsky. In late 1994, he made his foray into Russian media as head of ORT Television (Channel One Russia), which today remains the most prosperous TV channel in Russia. During this period Berezovsky helped Roman Abramovich (now the 12th richest person in Russia) to acquire Sibneft, one of the country's largest oil suppliers.

In 1996, Berezovsky and a number of his fellow oligarchs made a pact to re-elect Boris Yeltsin. "The Davos Pact," as it became known, contributed millions of dollars and media influence to the Yeltsin campaign, which prevailed in the election despite widespread claims of corruption. Berezovsky became Yeltsin's Deputy Secretary in charge of Chechnya until 1997. He later was criticized for staging fake hostage rescues in the region. That same year, Berezovsky acquired commercial airline Aeroflot, and was reported to be worth $3 billion.

In 1999, Berezovsky and his inner circle became known as "The Family," whose main concern was finding a Yeltsin successor. In the early 1990s, as Deputy Mayor of St. Petersburg, Vladimir Putin had helped Berezovsky's company establish a car dealership. They became skiing buddies through the years and Putin visited a Spanish villa belonging to Berezovsky five times in 1999. By then Putin was head of the FSB. In the summer, Berezovsky was sent to France where Putin was vacationing to persuade him to become Yeltsin's successor. A few weeks later, Yeltsin sacked his prime minister and appointed Putin to the post. In the next year's election, Berezovsky created the Unity political party in short time with a simple platform: getting Vladimir Putin elected as the next president of Russia.

During the election of 2000, ORT essentially became a propaganda machine for Putin, resulting in his victory that spring. But it didn't take long for things to head south between the two men. Just three weeks into Putin's presidency, Berezovsky published an open letter in a business newspaper he owned criticizing the new president's proposed constitutional reforms. Two months later, Berezovsky resigned from the Duma in protest of Putin's "authoritarian trends." 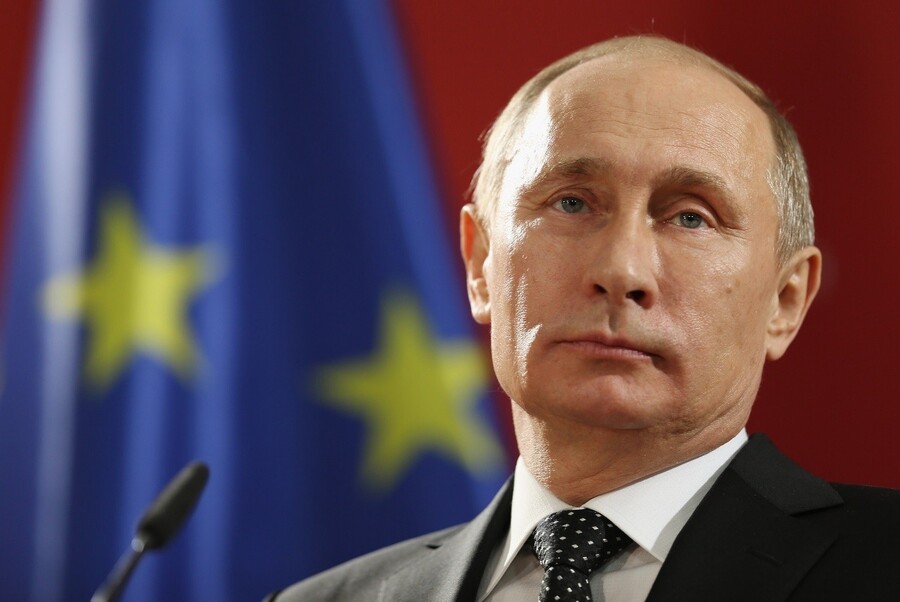 During the election, Putin had promised to crack down on the oligarchs, and so he began in earnest in the early 2000s. It didn't take long for investigations into Berezovsky's business dealings, so in 2001 he fled to France and then Britain, where he became an outspoken critic of the Kremlin. By 2002, the Russians had issued an arrest warrant for Berezovsky on charges of money laundering and illegal business practices related to Aeroflot, but Britain granted him political asylum. By this point, he had begun to divest from his Russian interests. The previous year, the Russian government had begun the takeover of privately owned television networks, so Berezovsky quickly sold his stake in ORT to Roman Abramovich, who turned over control to the Kremlin. Berezovsky also ended his involvement with Sibneft for a fee of $1.3 billion, split with his Georgian buddy Badri Patarkatsishvili. This "payoff" would later lead to the largest civil court case in British legal history when Berezovsky sued Abramovich for more than £3 billion in damages. Berezovsky lost the suit in 2012, when the court ruled in favor of Abramovich.

The civil case marked the end of a long series of courtroom dramas during the 2000s. The Russians brought charges against Berezovsky, and he was tried and found guilty in absentia twice — for embezzling millions of rubles from Aeroflot and for defrauding millions from AvtoVAZ. Berezovsky successfully fought off repeated extradition requests from Russia. However, other governments were after him, too — namely Brazil and France, which both seized assets and issued arrest warrants only to change their minds later. During this time, Berezovsky successfully won damages from at least three different libel suits.

By 2011, his net worth was reported to be down to $900 million from an all-time high of $3 billion in 1997. After years of legal battles and living in exile, by 2013, Boris was reportedly flat broke. A painful and dramatic fall from grace for a man who had been one of the most powerful and important figures in Russian just a few years earlier. 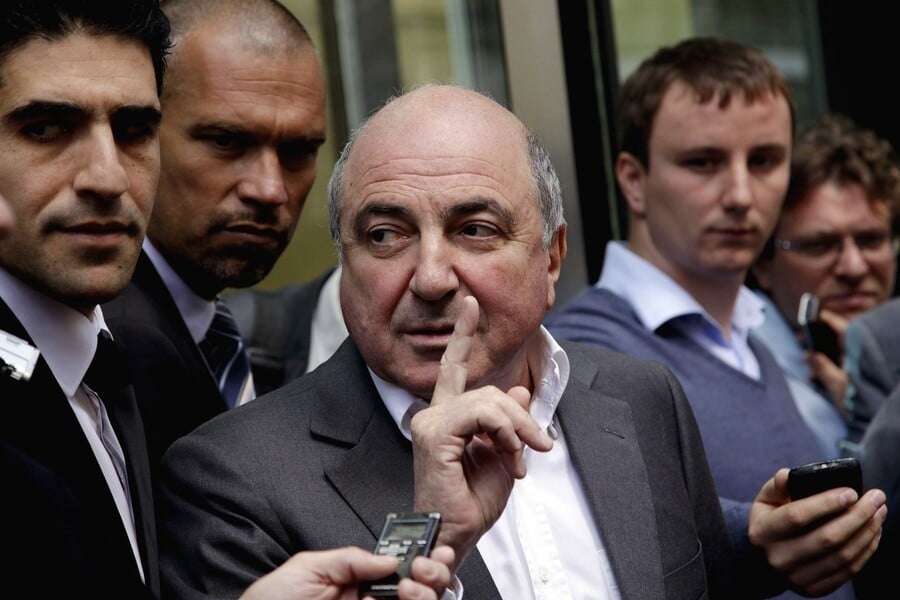 ATTACKS FROM ALL SIDES

But even his dwindling fortune wasn't safe. In 2011, he paid what was believed to be one of the largest divorce settlements in history, according to The Telegraph, to his second wife. Then, the month of his apparent suicide in March 2013, another former lover also began legal proceedings claiming she was owed millions of dollars.

With legal bills mounting and untold debts to be paid, Berezovsky tried to sell an Andy Warhol limited-edition print of "Red Lenin" just a week before his death. Friends reported that he had isolated himself and was suffering from depression. His body was found by a bodyguard at his home in England with a ligature around his neck. A post-mortem exam found the cause of death to be consistent with hanging with no signs of a struggle, but the recorded cause of death was an open verdict. After his death, it was reported that he'd sent an apology letter to Putin asking for "forgiveness for his mistakes." Whether the letter truly existed may never be known, but it's only one of the many mysteries whose answers Boris Berezovsky took to the grave.