By Joseph Gibson on May 8, 2019 in Articles › Celebrity News

Since 2011, viewers of the hidden camera prank show Impractical Jokers on TruTV have delighted at the prankish antics of Joseph "Joe" Gatto, James "Murr" Murray, Brian "Q" Quinn, and Salvatore "Sal" Vulcano, sometimes known together as the comedy troupe Tenderloins. They've known each other since high school, and together form a group of competitive hidden camera pranksters who complete various challenges involving quick-thinking, humorous improvisations with regular people on (hidden) camera.

It's not bad work if you can get it, and as you'll soon see the gang has done pretty well for themselves in the world of hidden camera practical jokes. Here are the all of the respective net worths of the Impractical Jokers.

Born in June, 1976, Gatto is, like the rest of the Impractical Jokers, from Staten Island, New York. In fact, you'll find a lot of repeat information if you read over the biographies of the group.

Murray was born the month before Gatto in May of 1976, and has a few solo credits to his name. In 2002, he edited, produced, and directed the short film Subway, and has gone on to make subsequent short films Superdude & Friend, Criss-Cross, and Standups in Love. Another interesting fact about James is that he married fellow Impractical Joker Sal Vulcano's sister Jenna Vulcano as a stunt for the show, only to have it annulled the next day.

In addition to Impractical Jokers, Quinn has a few other projects to his name, including Class of Nuke 'Em High and the weekly podcast Tell 'Em Steve-Dave! which he co-hosts with Bryan Johnson and Walt Flanagan.

Vulcano counts Just Another Romantic Wrestling Comedy and the Tenderloins podcast What Say You among his non-Impractical Jokers projects, and in an additional note of trivia, he officiated the wedding of fellow Joker and Tenderloin Joe Gatto. 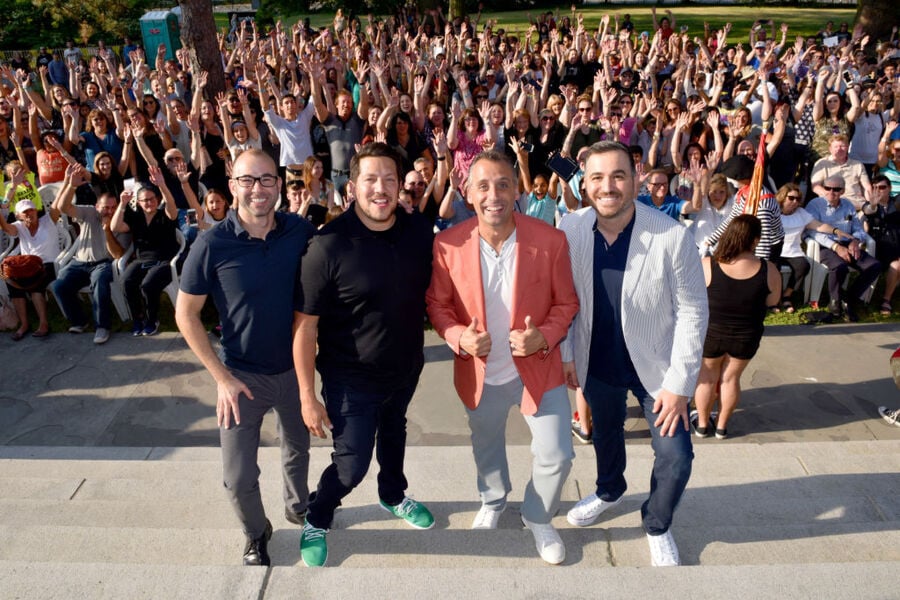 As you can see, the comedy troupe known as The Tenderloins have kept together financially as well as creatively, with identical net worth's for all four members.