By Brian Warner on January 19, 2022 in Articles › Celebrity News

Dan Bilzerian leads a pretty insane life. If you've never heard of Dan, he has become world-famous his Instagram posts which boast a lifestyle that essentially consists of flying around on private jets, driving exotic cars, firing guns, and most importantly, being permanently surrounded by a bevy of surgically-enhanced gorgeous women. As of this writing, this self-described professional poker player/actor has over 30 million Instagram followers.

Dan's insane lifestyle has earned him features in dozens of magazines including both Playboy and Penthouse. He also landed on Howard Stern's couch for an interview that lasted over an hour and mostly consisted of Howard gushing over Dan's stories of sexual conquests and unimaginably lavish lifestyle.

Here's a photo of Dan and some of his girlfriends at a beverage release party last year: 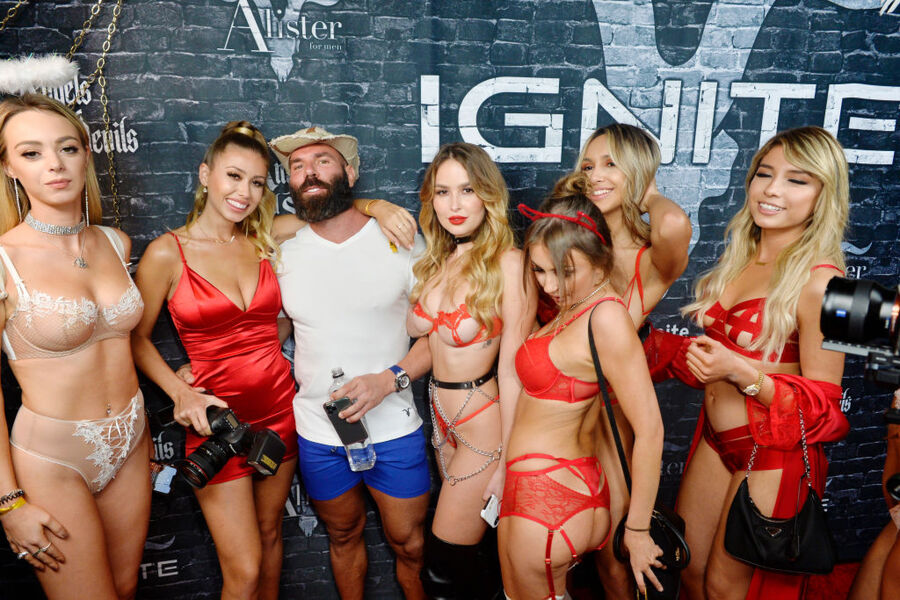 And as it turns out, living a completely insane life runs in the Bilzerian blood.

Dan's father Paul Bilzerian is a former Wall Street tycoon who made a massive personal fortune arranging corporate takeovers in the 1980s. Unfortunately, Paul's luck dramatically changed and over the next 25 years, he served jail time, fled the country, declared bankruptcy… and much more. You gotta read it to believe it.

Paul Bilzerian was born in Miami, Florida in 1950. He grew up in Worcester, Massachusetts where he dropped out of high school at 17. Paul served for several years in Vietnam. After the war, Paul turned his life around and was lucky enough to gain acceptance into Stanford University. He then earned an MBA from Harvard Business School. In 1980, Paul and some Army buddies pooled their money and bought a Tampa-area radio station called WPLP. Unfortunately the radio business was not a success and the partnership was soon forced to declare bankruptcy.

Shortly after the radio station bankruptcy, the Bilzerians moved to Sacramento, California to be closer to his wife's parents. While living in Sacramento, Paul unsuccessfully embarked on two hostile takeovers.

Side note: A hostile takeover typically involves attempting to acquire a company without the approval of that company's board. One can accomplish this by rallying enough shareholders to your side of the acquisition. Once you have enough votes, you can then remove the current board members and proceed to do whatever you want. Maybe you want to run the company for a long time. Maybe you want to fire half the workforce, sell off assets, optimize profits and flip the whole thing for a huge payday.

Even when Paul and his partners were unsuccessful at their takeover attempts, the mere act of putting a company in play typically caused the target company's stock to go through the roof. So even if the partners ultimately failed at their takeover attempt, they often made a huge fortune selling their shares down the road. Furthermore, putting the target company in play sometimes ended up attracting other buyers who would be successful at the takeover. Once again, Paul and his partners would make a killing.

The Bilzerian clan moved back to Florida in 1985 and in 1987, Paul finally succeed in taking over a defense electronics company called Singer Corporation. The same Singer Corporation that is most famous for making sewing machines. Initially his intention was to purchase a small stake and then threaten a hostile takeover in order to force the company to buy him out at a premium. Paul accidentally ended up owning the whole company. In order to make his money back, Paul proceeded to sell off Singers most valuable assets one by one.

Because Singer was a defense contractor, Paul's hostile acquisition attracted a lot of unwanted attention from the Securities and Exchange Commission (SEC). Adding fuel to the fire was the fact that the stock market had its second worst crash since the Great Depression on October 19, 1987, just as the Singer deal was being finalized. In the October crash, which today is known as "Black Monday," the Dow Jones Industrial Average dropped 22% in a single day. That's the largest single-day percentage drop in the Dow Jones ever.

As a result of the shocking market crash, the SEC was desperately gunning to investigate any corporate raider or high profile investor who may have had some dirt under their nails. By sheer bad luck, Paul Bilzerian was one of their first targets.

The SEC accused Paul of "stock parking." Here's what that means: At any point if you end up owning more than 5% of a public company, you are required to make a disclosure to the SEC. Once you disclose to the SEC, the whole world knows what you've done and may rush in to buy more shares. That will send the price per share way up and make it much more expensive to increase your stake further. Stock parking is when you basically have a friend buy a bunch of shares of a stock in their own name. So you basically control more than 5% of a company without telling the SEC. This is a big no-no. By doing this, anyone who sold their shares in the target company BEFORE the takeover was announced, basically got screwed out of a big potentially payday.

In 1989, Paul was convicted of fraud, making false statements to the SEC and conspiracy. He was initially sentenced to four years in prison, but the term was eventually reduced to 13 months. He also was forced to pay a $1.5 million fine. 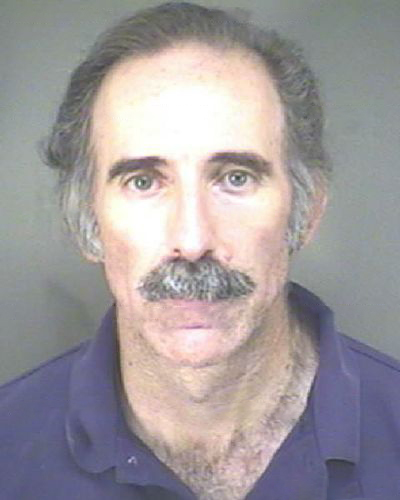 On top of paying the $1.5 million fine, Paul faced a handful of private lawsuits from investors who claimed his actions cost them money. The SEC jumped in again and demanded that Paul hand over any "illicit profits" he earned as a result of the stock parking and manipulation. As part of these lawsuits, during a 1989 court hearing Paul was forced to estimate his personal wealth. In one earlier case, he estimated that his net worth was approximately $50 million. In a later case, he estimated his net worth at $81.4 million.

In 1991 Paul was found guilty in the SEC's civil lawsuit related to securities fraud. But before the judgement came down, Paul declared bankruptcy. Keep in mind that just two years earlier he personally admitted that his net worth was over $80 million. In fact, many believed at the time that his net worth was way higher, perhaps hundreds of millions. Further complicating his cries of bankruptcy was the fact that in 1991 Paul also completed construction on a 28,000 square-foot lakefront mansion in an exclusive Tampa gated community.

The SEC ultimately won a $62 million judgement against Paul that reflected the $12 million in illicit profits he personally earned, plus penalties, interest and his partner's profits.

What happened next gets kind of complicated. Long story short, through some creative maneuvers, Dan and his family spent the next two decades living in that lavish Tampa mansion while his lawyers continued to duke it out with the SEC. If you want a slightly longer explanation of how they stayed in the mansion, the Wall Street Journal put together this informative little video:

In September 2014 the SEC announced that after fighting with Paul for 25 years, they had officially given up. The SEC would no longer seek to collect any more money from the $62 million judgement. The SEC admitted that as part of their pursuit, they only were ever to collect $3.7 million which was mostly made up from seized real estate. And in true government fashion, how much did the SEC spend to collect that $3.7 million? $8.6 million. Your tax dollars at work, ladies and gentlemen.

Meanwhile, Paul has spent much of the last several years living in exile on the island of St. Kitts in the West Indies. Paul lives with his son Adam (Dan's brother) who was once a training to become a Green Beret, but gave up after being angered by the way the US government treated his father. Adam moved to St. Kitts in 2007 and soon after relinquished his US citizenship.

The Bilzerian mansion has sat empty since 2008. In January 2022 it came on the market for a little under $6 million. Here's a video from the recent listing: