If you love Seinfeld but you somehow always seem to miss the 30 episodes that air every day in every American TV market, then I have some good news! At some point in the next few months, you will be able to stream every single episode of the comedy classic on Hulu!

Hulu just beat out Netflix, Amazon, Yahoo and a handful of other powerhouse bidders who all were salivating to be the first provider of Seinfeld's digital streams (technically known as Streaming Video On Demand (SVOD) rights).

Hulu's purchase price? $1 million per episode which translates to $180 million. That's a full $80 million higher than what was originally expected to be the closing price. A few months back, most analysts predicted that Netflix would step in and buy the Seinfeld rights for around $100 million ($555k per episode). Those predictions were based on the fact that Netflix had previously spent $500,000 per episode to win the SVOD rights to Friends. 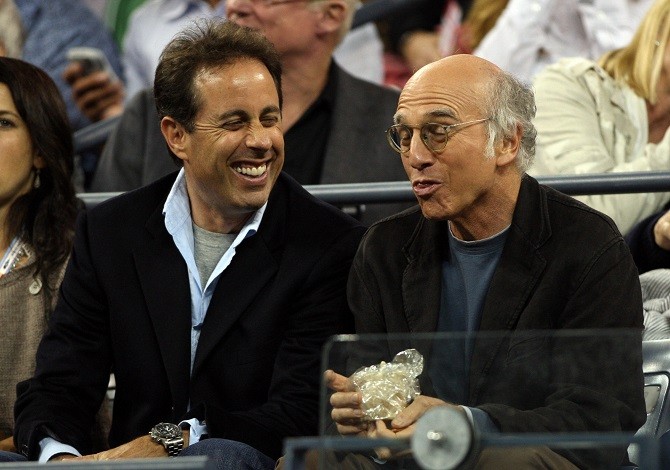 To give you some perspective on why this is such a crazy deal, consider that TBS pays $1 million to air Seinfeld on regular TV right now. Regular TV still has much higher paying ad and viewership rates. Also keep in mind that Seinfeld has been off the air for almost exactly 17 years, to the day.

So will this be a good deal for Hulu? It certainly is providing some good PR today, but I'm a little skeptical that this deal will end up paying for itself. Is anyone out there really dying to stream Seinfeld today? Haven't the vast majority of people who enjoy Seinfeld seen every episode 20 times by now?

Show Me The Money:

In the last two decades since Seinfeld has entered syndication, the show has produced well over $3 billion in syndication revenue. That breaks down to roughly $17 million per episode. This is why people refer to Seinfeld as the most profitable show of all time. It's not exactly certain how much Jerry Seinfeld and Larry David have earned over the years from the various syndication deals. However, most believe that Larry and Jerry each own around 25% of the show's equity. So at $3 billion, they've both taken home around $750 million before taxes to date. Assuming the 25% number is roughly accurate, they will each take home around $45 million from this Hulu deal. In an average year, Larry and Jerry earn approximately $85 million from their various syndication points around the world.