Hugh Hefner's Beneficiaries Will Have To Stay Drug-Free, According To Trust

By Joseph Gibson on January 2, 2018 in Articles › Celebrity News

"Anti-vice crusader" is probably not among the phrases that is commonly used to describe the recently departed Hugh Hefner, but there is at least one vice he felt strongly enough to try and stop his family and loved ones from enjoying after his death. If any of the beneficiaries included in his will are found to be a person who "frequently uses or consumes any illegal substances," they'll be excluded from the late Playboy publisher's trust.

That includes Hefner's widow Crystal, as well as his four children Christie, David, Marston and Cooper. They won't be subject to any random drug tests or such draconian measures, but the trust's language is very clear that if any of them become dependent on any illegal drugs to the point that they become unable to manage their own lives, their addiction would become the least of their worries as the Hefner trust fund faucet would be promptly turned off:

"If the trustees reasonably believe that a beneficiary of any trust routinely or frequently uses or consumes any illegal substance so as to be physically or psychologically dependent upon that substance, or is clinically dependent upon the use or consumption of alcohol or any other legal drug or chemical substance that is not prescribed by a board certified medical doctor or psychiatrist in a current program of treatment supervised by such doctor or psychiatrist, and if the Trustees reasonably believe that as a result the beneficiary is unable to care for himself or herself, or is unable to manage his or her financial affairs, all mandatory distributions to the beneficiary, all the beneficiary's withdrawal rights, and all of the beneficiary's rights to participate in decisions concerning the removal and appointment of Trustees will be suspended." 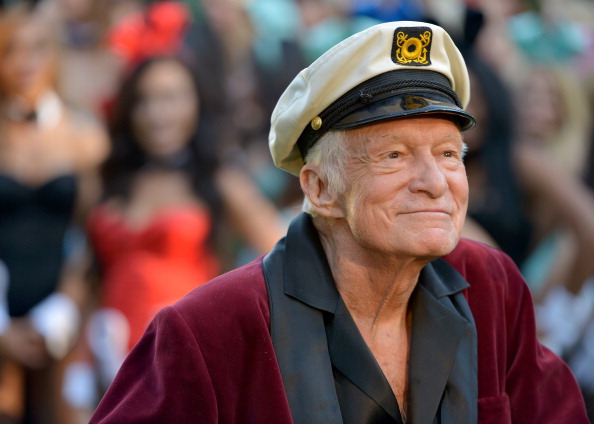 While random drug tests are not part of the enforcement of Hefner's wishes, trustees do have the authority to call for drug testing on any of Hefner's beneficiaries if they suspect drug abuse. Hefner's anti-drug wishes have some room for mercy too, however: The trustees also have the authority to restore the agreed upon disbursement of funds if the beneficiary in question if "examinations indicate no such use for 12 months" and the "Trustee in their discretion determine that the beneficiary is able to care for himself or herself."

Hefner passed away in late September, so presumably none of his beneficiaries have had time to complete any narcotics-aided downward spirals as of yet. And if they like those trust fund deposits to arrive on a comfortable and regular basis, they have plenty of incentive to keep it that way, courtesy of Dad.