How Much Did Farrah Fawcett Make Off Her Famous Poster? Hint – A LOT!

It is nearly impossible to think of Farrah Fawcett without the iconic image of her in that red one-piece swimsuit coming to mind. It is the best-selling poster of all time, with more than six million copies sold. Farrah received 40% of the profits. She made more money off that iconic poster than she did off of Charlie's Angels.

The poster was the brain child of two brothers from Ohio. Mike and Ted Triklis started the poster empire Pro Arts Inc., but long before that made them multimillionaires, they were college dropouts selling black light posters to students at Kent State. The Trikilis brothers started making posters featuring characters from 70s TV shows like Baretta and The Bionic Woman. However, it was a poster of Henry Winkler as the Fonz that put their company on the map and led them to Farrah Fawcett. 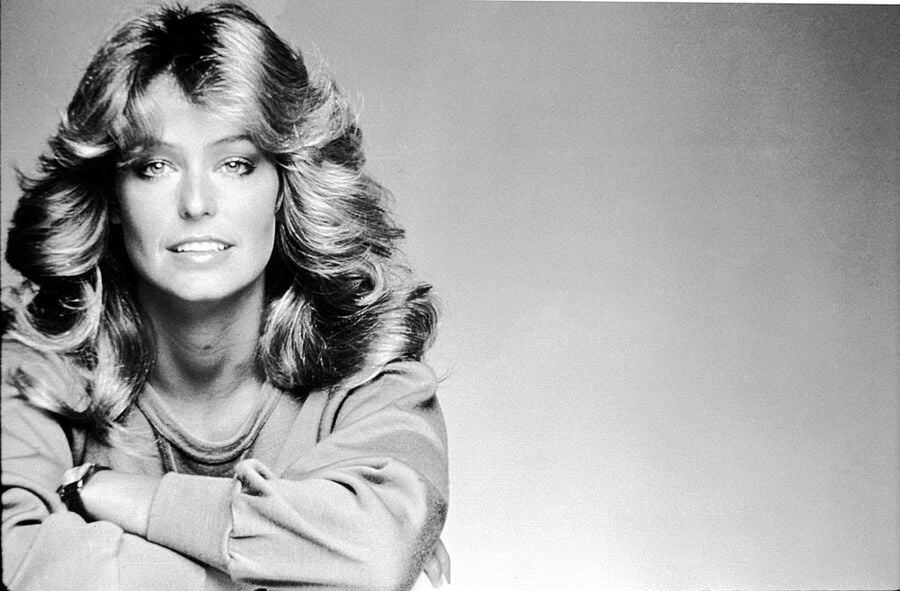 In 1976, the year the poster came out, Charlie's Angels was just getting started and Farrah was not quite a household name. However, she caught the attention of the Triklis brothers thanks to Ted's next door neighbor, Pat Partridge, who was obsessed with Farrah's Wella Balsam shampoo commercials. He told Ted that if he was running Pro Arts he'd make a poster of Farrah, explaining that guys in his dorm were cutting images of her out of magazines to hang on their walls.

The Triklis brothers reached out to Farrah's agent and pitched their idea. At the time, Bruce McBroom was shooting promo shots for ABC and knew Farrah through her then-husband, star of The Six Million Dollar Man, Lee Majors. It was a small shoot with just Farrah – who did her own hair and makeup – and McBroom. Farrah chose the rather modest one piece red swimsuit, McBroom grabbed a Mexican style blanket from his truck that matched the swimsuit as a backdrop.

In the summer of 1976, the Triklis brothers received a package with 25 shots of Farrah in the red swimsuit. She had chosen her favorite and marked it with a star. Ted showed the photos around the office, but in the end went with the one Farrah had chosen herself.

Let's assume that the majority of the sales of the iconic poster happened in the late 70s. A poster cost about $2 back then. Pro Arts made $12 million in revenue, with $2 million of that profit. Farrah's 40% royalties would be $800,000. Adjusted for inflation, that's $3.6 million today.

That poster of Farrah Fawcett became an iconic image of the 20th century. The bathing suit she wore is now in the Smithsonian Museum.

At the time of her death, Farrah Fawcett had a net worth of $20 million.