Over the last decade, we've seen a number of young, female celebrities meltdown and lose it. From Lindsay Lohan to Amanda Bynes to, yes, Britney Spears – these young ladies have had some tough times. But people should have listened when Britney Spears said "It's Britney, bitch" because though she had one of the most epic public meltdowns in history, she has thoroughly gotten her life back together and is more successful than ever.

Over the years, Britney Spears has been the subject of a lot of jokes. There's even a meme that's been floating around for years. It says "If Britney Spears Made It Through 2007, We Can Make It Through This Day." (Also: #truth) Back in late 2007, Britney was struggling personally and professionally. She was constantly hounded by the paparazzi. She had been famous for more than a decade. She was a young mother. She was barely 26 years old. Britney had just released her album "Blackout." At the same time, she was in a fierce custody battle with her ex-husband Kevin Federline. She lost custody of her sons after a judge found out that she was a "habitual, frequent, and continuous user of controlled substances and alcohol." She basically lost her mind for awhile. You'd never know it now, but back then people thought that was the end. The Pop Princess had fallen and she would never get back up. 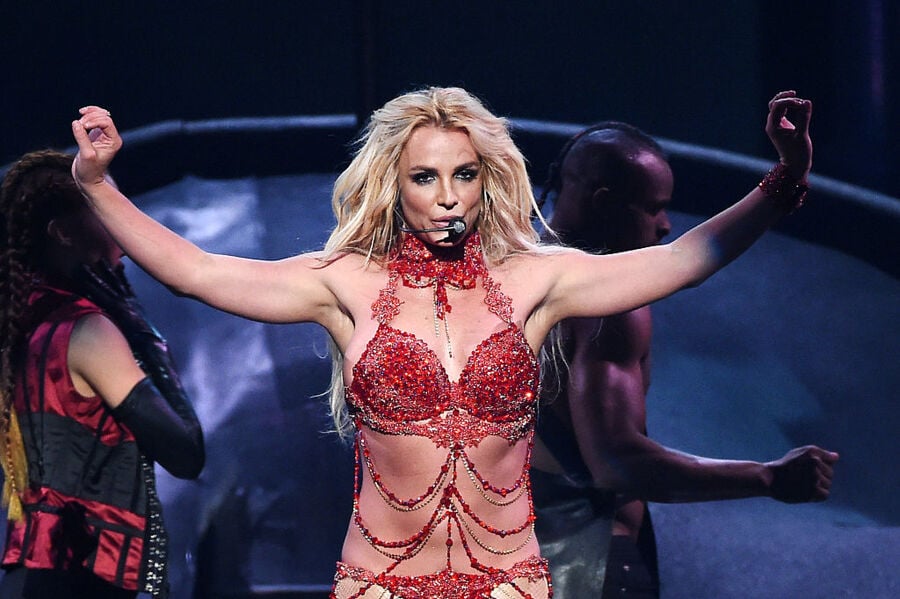 And you can't even blame people for thinking that. She shaved her head. She attacked a paparazzo's car with an umbrella. She regularly showed up in public (at a gas station!) disheveled and barefoot. You could practically see the Cheetos stains on her tank top. But think about the last five or so years. Have you heard anything negative about Britney? She did take a nasty spill on stage during a performance, but heck, even Oscar winner Jennifer Lawrence trips and falls down. That's no big deal.

Britney Spears has quietly and with great determination rebuilt her public image slowly. Today she has a successful Las Vegas residency, a perfume, a new album, and shares custody of her sons with their father. That wasn't the case back in 2008.

After those truly bizarre days after she shaved her head and attacked the car with an umbrella, Spears was removed from her home by paramedics after she locked herself in the bathroom with one of her then toddler sons. She was admitted to UCLA's psychiatric hospital on the infamous 5150 hold in January 2008. While she was in the hospital, her father Jamie was granted a temporary conservatorship. This allowed him to make decisions regarding her treatment and daily life. This stabilized Britney's life and career, and the conservatorship remains in place to this day.

Obviously, the paparazzi didn't follow Spears into her psych hold (though I wouldn't be surprised if they tried). Spears did not promote "Blackout," and there was no tour for the album.

In July 2008, Britney won back visitation rights to see her kids. Today, she shares custody of her sons with their father. In September of 2008, Spears' single "Womanizer" debuted at No. 1 and the video was the year's most watched on YouTube. The album "Circus" also debuted at No.1. It was Brit-Brit's fifth number one album. The 2009 tour for "Circus" was one of her highest-grossing tours.

In 2012, Spears was hired to replace Nicole Scherzinger as a judge for the second season of t The X Factor. With a salary of $15 million, she became the highest-paid judge on a singing competition series in television history.

In 2013, Britney signed a $30 million contract for a residency show in at Planet Hollywood in Las Vegas. Under the terms of the deal, she would (and did) perform 100 shows over two years. She recently renewed the contract for her "Piece of Me" show and will continue performing on the Las Vegas Strip through 2017.

2007 and 2008 were not kind to Britney Spears, but they were a lifetime ago. Now 34, the mother of two has her personal and professional life back on track.  Her Instagram account is filled with cute pics of her and her sons. It's time to re-do that famous meme. It should read: "It's Britney, BITCH." We never should have doubted her.