By Joseph Gibson on December 7, 2016 in Articles › Celebrity News

Devoted NFL fans and followers of the Houston Texans are undoubtedly familiar with the name J.J. Watt. But even individuals outside those groups are growing more and more familiar with the man by the day, since off the field, he's made a name for himself for his extremely robust endorsement profile and his star-making turn on the HBO NFL docuseries Hard Knocks. He's also pretty well-known for his philanthropic efforts and Watt recently made another big contribution to a worthy cause – and it wasn't through his charitable foundation, but as an individual giver on crowdfunding site GoFundMe.

The Houston Texans' official site reports that Watt gave $10,000 to Grant Milton, a Woodlands High School senior linebacker who collapsed during a Saturday evening game. After being rushed to the hospital, it became evident that he needed an emergency brain operation, the costs of which (as well as living expenses) are being sought by the GoFundMe listing. Not content just to drop ten grand on the cause, Watt also left a comment on the page along with his donation:

"If there's anything that I can do to help, please let me know. Sending my best wishes to Grant and the entire Milton family." 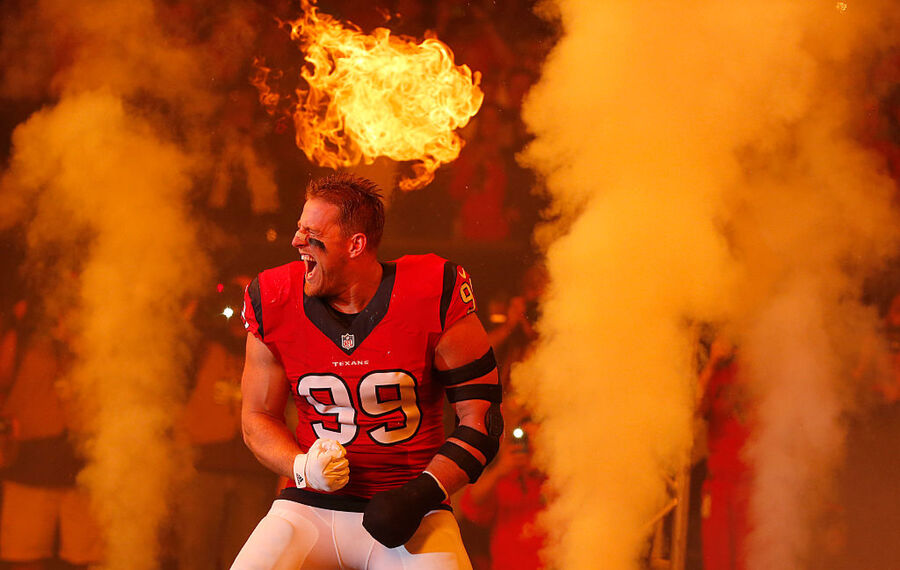 Houston's head coach Bill O'Brien was asked about Watts' donation, and his response pretty much says it all:

"I just heard about that. I didn't know anything about that. Obviously, that doesn't surprise me at all. J.J. is somebody that cares very much about the community and individual kids. J.J. loves high school football."

As of this writing, the Milton family has raised more than $116,000 through GoFundMe, which you can contribute to here, even if you can't match Watt's $10,000 gift.