More so than any other sport, the NBA is a star-driven league. Even if a team wins a lot of games, fans won fill the seats and merchandise won't fly off the shelves, without a star player. The NBA lives and dies by its star players, and to attract a star player you have to pony up the cash. During David Stern's 30 years at the helm of the National Basketball Association, he has branded and marketed some of the game's most legendary players – Magic Johnson, Michael Jordan, Larry Bird, Shaquille O'Neal, Kobe Bryant, LeBron James and many more. Turning athletes into massive international celebrities has been extremely beneficial for both the player's and the league's bank accounts. When a whole team becomes a celebrity, like the Showtime era Los Angeles Lakers, the money that brings into the NBA is simply staggering.

Over the past 30 years, the NBA's revenues and franchise values have grown by 40% and the NBA's top player salaries have gone from $1 million to $30 million. Off the court, the most elite athletes have become mind-bogglingly wealthier thanks to lucrative from companies like Nike, Adidas, Gatorade Under Armour and Reebok. Consider that in 1984, Michael Jordan's first Nike shoe contract was worth $500,000 per year. At the time, Nike's annual revenue was a "paltry" $920 million. In 2014, LeBron James will take home roughly $42 million from his endorsement deal with Nike alone. Today Nike is a $26 billion dollar company. So obviously the stakes are very high. Let's take a look at the top 10 highest paid NBA players for 2014. 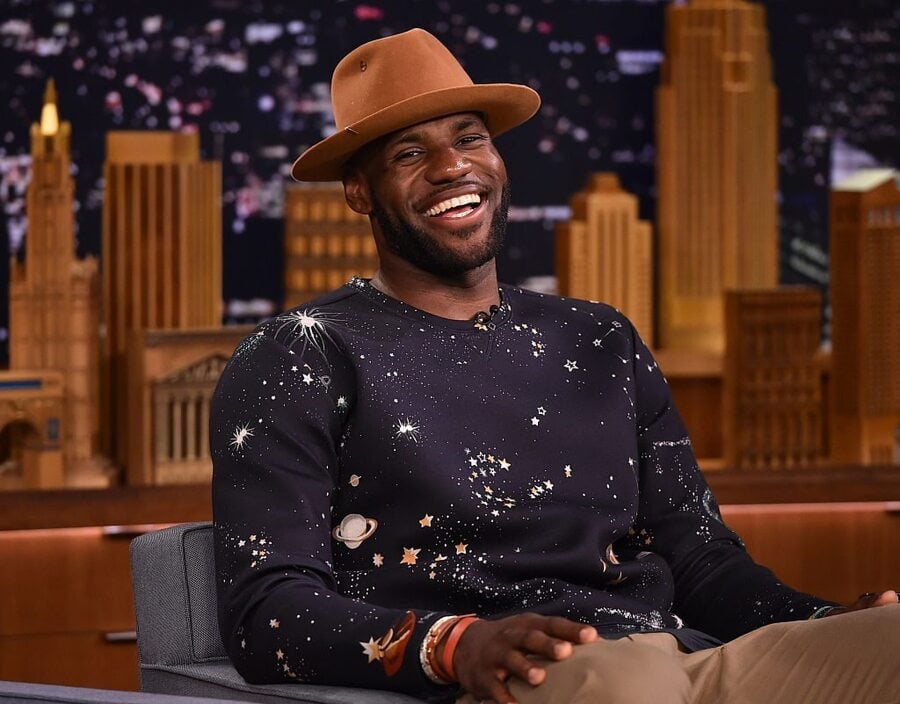 Chris Paul signed a five-year deal with the Clippers in July 2013 that was worth $107.3 million. In August 2013, he was elected president of the National Basketball Players Association. His current and past endorsement deals include State Farm Insurance, Nike, Jeep, Avon, and Upper Deck.

Dallas Maverick Dirk Nowitzki has won an NBA Championship and is one of the highest played players in the league—almost entirely without endorsement deals. His lone deal is with Nike. In fact, the German-born player doesn't have a sports agent and isn't seeking endorsements because he's happy with the money he has. And really, why shouldn't he be?

After a messy split with the Orlando Magic and turbulent year with the Los Angeles Lakers, Dwight Howard landed a free agent contract with the Houston Rockets worth $88 million over four years. Howard used to be one of the more marketable players in the NBA but his deals with McDonald's and Coca-Cola were not renewed. He still has his well-paid Adidas deal, but sales of his signature shoe have slowed, selling only $5 million in 2012.

The Knicks' 31-year old power forward and six-time All Star set records in 2010 when he signed a five-year nearly $100 million contract. He has one year left on that contract and has been plagued with injuries over the past year. In 2011 he renewed his Nike deal for five more years.

Carmelo had his strongest season both on and off the court last year (2012-13). The veteran Knick led the NBA in scoring and helped his team win a playoff series for the first time in more than a decade. Carmelo Anthony's jersey was the NBA's best seller, and his signature Nike shoe sold more than everyone except Kobe Bryant and LeBron James.

Kevin Durant is the league's three-time leading scorer. In June, he became the first NBA player to join Jay Z's Nation Sports. Durant has a bit over two years left on the five-year, $85 million contract he signed with Oklahoma City in 2010. His seven –year Nike deal provides most of his $14 million in endorsements. He also has deals with Gatorade, Sprint. BBVA, Degree for Men, Panini and 2K Sports.

Despite spending a lot of time on the bench injured the past three seasons, Derrick Rose receives his full salary from the Bulls. He also has a 13-year deal with Adidas for his own shoe that is said to be worth $185 million. Adidas sold $25 million worth of his shoes in 2012 in the US.

In the past two years LeBron James has won two NBA titles, his fourth MVP Award, and his second Olympic gold. King James is the NBA's MVP when it comes to endorsement deals. He's got Nike, Coca-Cola, McDonald's, Dunkin' Donuts, and Samsung in his portfolio, among others. His signature Nike shoes sold $300 million worth in the U.S. in 2012, an increase of 50%. James' shoe outsold his nearest NBA competitor be a 6-to-1 margin.

Kobe Bryant's $48.5 million two-year contract extension in November 2013 keeps his salary the NBA's highest. His past and present endorsement deals have included Nike, Vitamin Water, various video games, and watch maker Nubeo who markets the "Black Mamba collection", a line of sports/luxury watches that range from $25,000 to $285,000.