Here's Why Steve Wozniak Doesn't Invest In The Stock Market

It may come as a surprise that Apple co-founder Steve Wozniak doesn't have the same view towards wealth and money that most of his tech industry peers share. In a recent interview with Fortune, Wozniak explained his aversion towards high finance, and shared why he doesn't even own any stocks:

"I do not invest. I don't do that stuff. I didn't want to be near money, because it could corrupt your values."

Wozniac says his values during his time at Apple (he's still on the company payroll to this day) include developing quality product, rather than accumulating wealth: "I really didn't want to be in that super 'more than you could ever need' category," he says on his priorities with the company. Rather than investing in the stock market to grow his wealth, he's instead chosen to focus his money on things he feels passionate about, including endowments toward museums in his hometown of San Jose, California. But even though you don't get rich by investing in museums, he says the approach has rewards of its own:

"I was born there, and I have a street named after me there because of it." 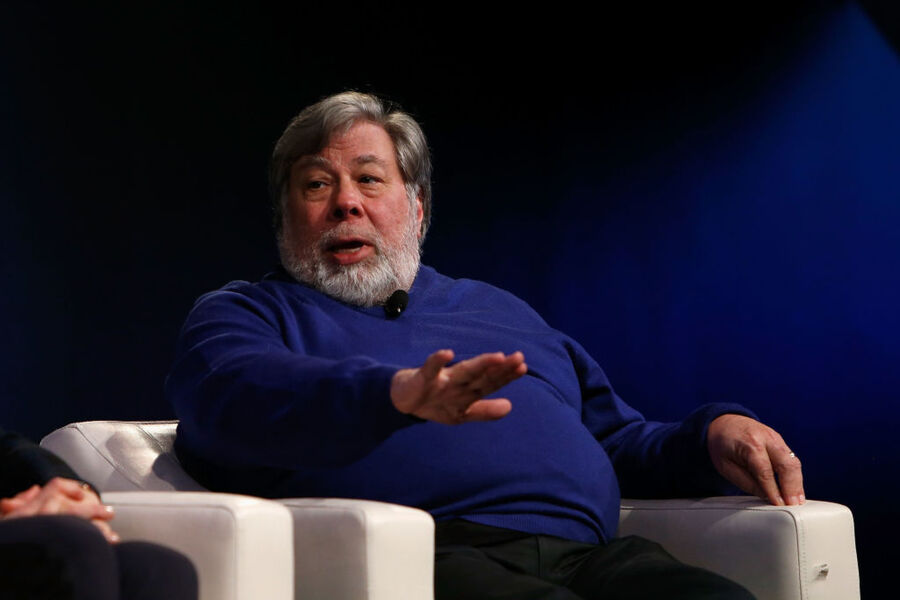 Wozniak's disinterest in wealth separates him from the late Steve Jobs, who back in 1980 reportedly refused to go along with Wozniak's move to offer $10 million worth of Apple stock to employees. But it does place him on a similar page with Apple's current CEO Tim Cook, who once warned college students in an address about the dangers of going into business purely for the money:

"Don't work for money – it will wear out fast, or you'll never make enough and you will never be happy, one or the other… You have to find the intersection of doing something you're passionate about and at the same time something that is in the service of other people."

With a net worth of $100 million, Wozniak has taken no vow of poverty. But his fortune is still only a fraction of what it might otherwise be if he didn't have the basic principles he speaks on above.