It's a good time for Tiger Woods' nautical publicist, since his reportedly $20 million yacht Privacy was seen docked at the Hamptons during the US Open golf tournament over the weekend. Privacy is a generously proportioned vessel at 155 feet, but in case you're curious about how that stacks up against other celebrity yachts, here's the short version: Bigger than some, smaller than others.

To get a more detailed sense of how Privacy compares to other famous-by-association yachts of the rich and famous, Business Insider compiled a size chart doing just that. It shows that Woods' yacht is near the top of the celeb yacht hierarchy, at least in terms of size. At 155 feet, it surpasses the 138-foot motor yacht owned by comedian Jerry Seinfeld, as well as the relatively modest 74-foot craft Nicole Kidman has to her name. Venus, the motor yacht currently possessed by Laurene Powell Jobs (and which used to belong to Steve Jobs before his death) beats it by over a hundred feet though, measuring in at 256 feet. And even that falls well short of Microsoft co-founder Paul Allen's Octopus, reportedly a chart-topping 416 feet. 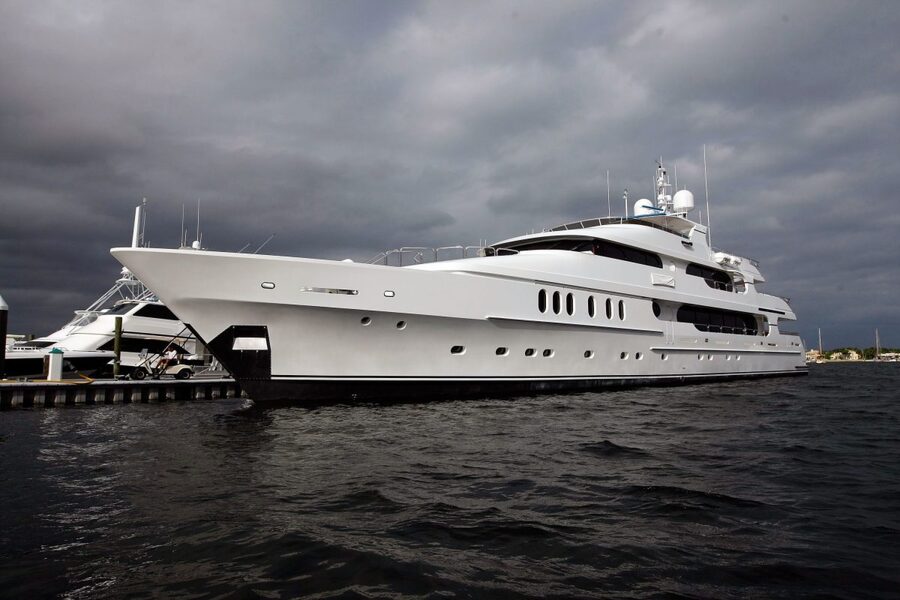 Of course, it's extremely possible, or even likely, you've never been close to any yachts of this size to give you an appropriate sense of scale. But you can still get a sense of how large these yachts (including Tiger's Privacy) really are by comparing their lengths to some famous landmarks. For example, the famous Hollywood Sign measures 352 feet across, making it longer than all of the aforementioned yachts except the Octopus. Don't feel too bad for Tiger or the size of his yacht though, since it still safely beats out the 151-foot Statue of Liberty and a 105-foot blue whale.

In the end, it wasn't the size of Privacy but the comfort and convenience it offered him as a way to escape the "tournament scene" during the US Open, and eliminate concerns about traffic and other transit issues.