Rags To Riches: How Henry Sy Turned Discarded Shoes Into A $19 Billion Retail Empire And Became The Richest Person In The Philippines

(Update: We are reposting this article from 2014 on the news that Henry Sy died earlier today at the age of 94. In the five years that we posted the article, Henry's net worth actually increased from $13 billion to $19 billion, so we made that change in the article below. RIP Henry!)

Henry Sy is often referred to as the Sam Walton of the Philippines. That's because Henry built the foundation for his vast fortune on a store that was appropriately named ShoeMart. Henry launched ShoeMart in 1958 but he really got started after World War II by collecting and selling shoes that were left behind by American soldiers.  By 1972, Henry opened his first department store in 1972. Fast forward 40 years and Henry Sy now owns the largest retail and shopping mall business in the Philippines. Today Henry Sy is the richest person in the Philippines with a personal net worth of $19 billion. This is his story.

Henry Sy was born to a poor family in Xiamen, China in 1924 and moved to the Philippines when he was 12-years old. His given name is Sy Chi Sieng, which, coincidentally, means "to attain ultimate success" in Chinese. He joined his father in Manila, and helped him in the neighborhood shop he owned selling rice, sardines, and soap in the years just before and throughout World War II. Henry Sy completed his education at Chiang Kai Shek College and in 1952, received his Associates Degree from Far Eastern University.

In 1945, once World War II was over, Sy started a business selling discarded shoes that the U.S. Soldiers had left behind. In 1958 he opened the first ShoeMart as a small shoe store in Quiapo section of Manila. The opening of that store became the first part of Henry Sy's SM Group (later SM Prime Holdings). Sy also introduced the concept of fixed pricing to the Philippine retail industry during the 1950s. That small shoe store grew into a large department store called SM Quiapo in November 1972. 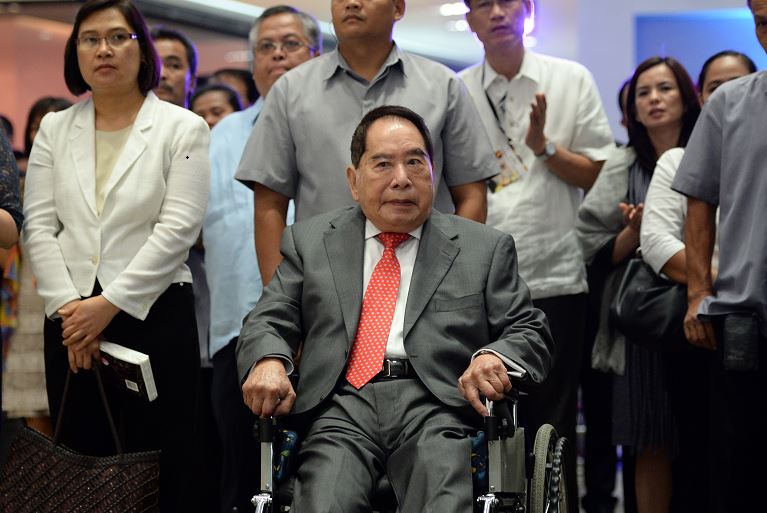 These retail holdings, profitable as they were, were not enough for Henry Sy. In 1982, Sy began opening shopping malls specializing in selling discount wares. When Sy was starting out, he checked on operations at three of his malls daily to make sure things were running smoothly and solve any issues that may have arisen. Over time, Sy's malls got larger and larger. On Christmas Day in 1985, he opened his first SM Supermall in Quezon City, Philippines. His largest, the Mall of Asia sits on a Manila Bay on a stretch of reclaimed land from the bay and opened in 2006.  It is the third largest shopping mall in the world.

Henry Sy acquired Acme Savings Bank in 1976 and re-branded it as Banco do Oro Savings and Mortgage Bank. He took the bank public in 2002, selling shares for $37. By 2008, Banco do Oro was the Philippines largest lender after picking up nine more banks and mortgage institutions along the way for $1.34 billion.

SM Prime Holdings' company slogan is "We've got it all!" and when you take a look at all of Henry Sy's retail properties, you cannot refute that statement. You can get pretty much everything you need at Sy's shopping malls. Today SM Prime Holdings/Investments is the largest shopping mall and bank owner in the Philippines. Henry Sy, Sr. controls 59% of the company. Besides retail and banking, the company is also invested in construction, residential and hotel property development, and education. In fact, Sy even owns controlling stakes in his alma mater, Far Eastern University in Manila.

SM Prime Holdings/SM Investments is the Philippines' richest company and its founder Henry Sy is the country's richest person. Henry Sy is married to Felicidad Tan. The couple has six children who help to run the family's various business holdings. In fact, his two eldest children, Tersita Sy-Cohon is Vice Chairwoman and Henry Sy Jr. is Vice Chairman of SM Prime Holdings and another son, Hans, is President. Henry Sy is an example of starting from nothing and using your brain and skills to make amazing things happen. From humble beginnings selling discarded soldier's shoes, to a $19 billion fortune. If Henry Sy can do it, so can you!