The producers of the upcoming James Bond film Skyfall have had to make an unusual financial agreement in order to make ends meet. But they haven't done it with all the previous actors who have portrayed James Bond's approval – namely, Australian model and actor George Lazenby says it's a shame that Daniel Craig's 007 in Skyfall is being forced to order a Heineken instead of his trademark vodka martini. 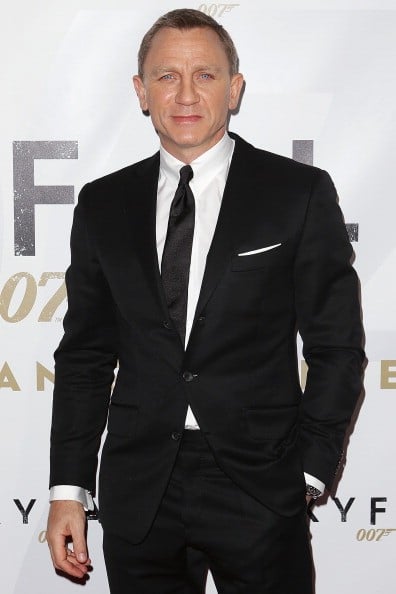 The Bond films are no strangers to product placement, but this is an especially egregious example since it actually tampers with one of the character's best-known signatures. But the people at MGM are getting their money's worth out of Heineken – $45 million in fact. That's enough to pay for a smaller studio movie's entire budget!

Lazenby isn't the only one who's upset about the change – many of the superspy's fans are shaking their heads at the blatant prioritization of commerce over art. But, it's a sure thing that without this $45 million deal (or another one similar to it), Skyfall would have never made it into production. The project has been plagued by financial difficulties ever since the studio, MGM, filed for bankruptcy in 2010. Since then, the question of whether there would even be a new Bond movie was in jeopardy – and since this is the longest-running series in movie history, studio executives must think it's worth it to adjust a bit of the character's mythology in order to grab that all-important funding.

For Heineken's part – it's easy to see why they were eager to cough up $45 million to have James Bond drink their beer. Not only do they get a ton of free publicity (like this article, for instance), but an iconic character like Daniel Craig's James Bond ordering a Heineken is sure to result in a spike in sales.