By Joseph Gibson on November 8, 2016 in Articles › Celebrity News

Celebrities tend to go a little overboard for Halloween costumes, a natural byproduct of having no financial limitations and living in a time of social media saturation. But supermodel Heidi Klum has an especially sizable reputation in the field of Halloween costumes, and she took it to a completely different level this Halloween, with a high-concept "clone" costume that reportedly cost $10 million to create according to celebrity news site Toofab.

Klum's "costume," which is only a "costume" in the broadest possible sense of the word, involved herself and five co-conspirators made to look like her own personal clone entourage. From their clothing and hair down to their facial features through the use of prosthetic facial appliances and makeup, they look as much like Klum's clones as they could without actually sharing any of her genetic material. 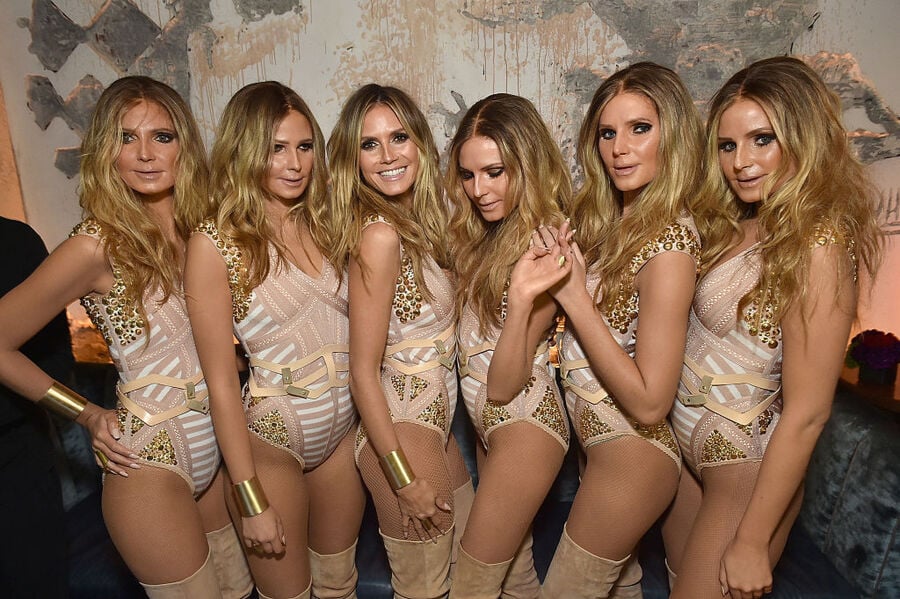 The costume concept was brought to fruition by a company called Prosthetic Renaissance, which specializes in exactly these kinds of prosthetic-aided visual effects. Dan Marino of Prosthetic Renaissance said that the process required two hours for him and his team to apply the prosthetic gear to the five pseudo-Klums after they were created from a mold of the real Klum's face. After the effect was completed by hair and makeup artists, the costume was ready to go, and Heidi Klum and her Klumbots ascended to Halloween costume history.

Interestingly, after Marino himself quoted the $10 million figure, a representative for the company said: "We can never give full details on payment, so we'll leave it up to your imagination!" So if you're already seeing visions of yourself and five doppelgangers at your office Halloween party next year, you'll have to make your own inquiries to determine if it's in your price range.