Brett Barna, a portfolio manager at Louis Bacon's Moore Capital Management, was recently fired and may face severe legal charges for orchestrating an extravagant weekend party in the Hampton's over the Fourth of July weekend. Moore Capital told CNBC that he was fired for "personal judgment inconsistent with the firm's values." A source said Moore raised $100,000 for Last Chance Animal Rescue, and that hired cleaners and left the house in good condition. Barna claimed to have hired a former police chief and eight security guards to keep order, with eight portable toilets set up.

The larger complication is that Barna was not the owner of the $20 million 9-bedroom mansion, which comes with a tennis court, outdoor pool and Jacuzzi. Barna was renting the mansion for five days through house sharing website AirBnB for the price of $27 thousand. Omar Amanat, the owner of the property, claims he was told that Barna would be holding a fundraiser for an animal charity, with around 50 guests. Instead, the guests showed up for an event called the "Sprayathon" which was largely documented on social media. Guests posted videos and photographs which show them dousing themselves in alcohol and acting wildly.

The owner reported that there were so many people there that the concrete around his pool crumbled and fell into the water. The party-goers at the Wolf of Wall Street style party reportedly broke into the house, trashed the furniture, and stole art. Barna even reportedly had midgets at the party which were thrown into the pool. This party is an annual event. Last year, #Sprayathon showcased a brush-fire that was started at a Hampton's mansion owned by actor Kevin Sorbo, of Hercules fame. 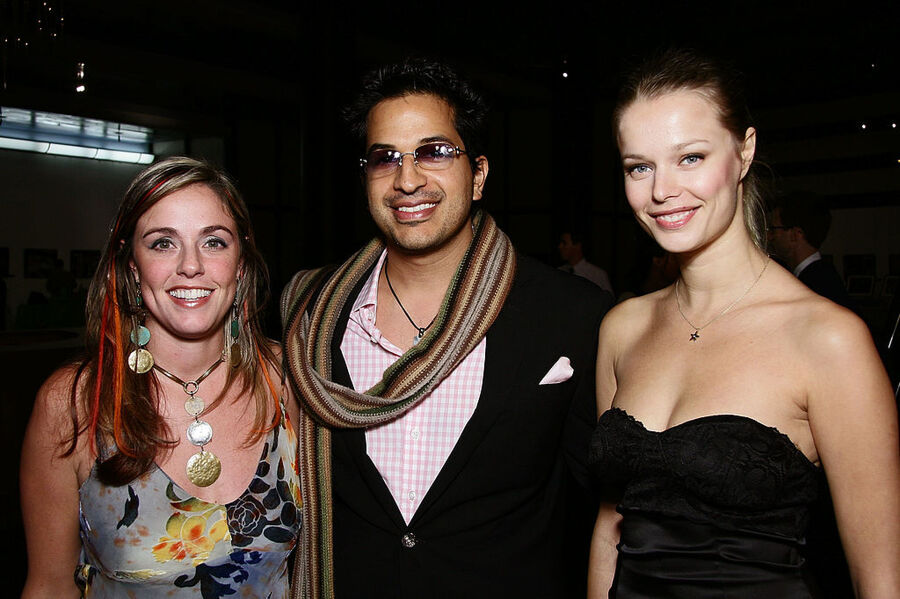 An AirBnB spokesman told Business Insider that this is a very rare occurrence for their house sharing service, and they have a zero tolerance policy for the behavior. Barna has been removed from their platform and they are working to support the host under their $1 million host guarantee. While Amanat is planning to sue Barna for $1 million dollars in damages, Barna is allegedly refusing to pay $27,000 for the rental, citing other renters who prevented him from using the house. He also claimed to have received aggressive messages from Amanat, who demanded an additional $13,000 on top of the initial price.

In another turn of events, Amanat was recently arrested for conspiring to defraud investors in a tech startup, Kit Digital Inc. Amanat was dubbed "the most powerful person in Hollywood you've never heard of," and is an entrepreneur and investor in media companies such as Peak Group Holdings. He holds significant stakes in the Hunger Games and Twilight Saga. Amanat has been at the center of a number of legal battles in the past decade, including a lawsuit where he sued four UK publications for labeling him an "impostor" investor. He was released on bail a few days later.

As of yet, no legal suit has been filed against Barna.