In High School, Justin Verlander Promised His Friend 0.1% Of His Future MLB Signing Bonus In Exchange For Some Chocolate Milk…

Kids, there is a lesson to be learned from the life and times of Detroit Tigers pitcher Justin Verlander. If you work hard enough to perfect your skills and hone your natural talents you can become a professional athlete that is paid millions of dollars to play a game. You too can be the American League Rookie of the Year, win the Cy Young Award, and be named the AL MVP.

If you are really good – like Justin – you can be loved and adored by millions of fans around the nation. Oh, and you may even be able to nab a super-hot swimsuit model with a great personality (wink wink) for a girlfriend.

Those are not the only lessons you should learn from Justin Verlander. In fact, they are not even the most important lessons we can learn from him. No, in fact the most important one is to make friends with the best athletes in your school and loan them a little money with the promise that you will get a miniscule percentage of their future signing bonus. 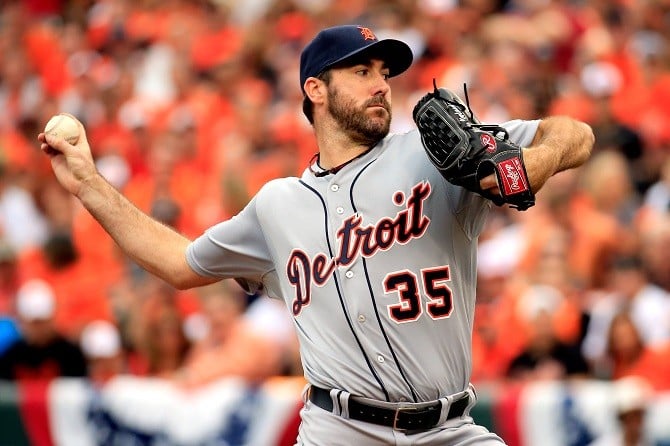 Confused? Here's a story that Verlander told Sports Illustrated many years ago that should clear it up. Apparently, one day during his sophomore year in high school, he was craving some chocolate milk, but didn't have any money. One of his friends, Daniel Hicks, loaned him some under one condition.

"I wanted a chocolate milk that cost 50 cents, and I didn't have the money," Verlander, 24, told Sports Illustrated. "So I said, 'How about I give you 0.1 percent of my pro signing bonus if you give me 50 cents now?' He found a napkin, wrote it up, and I signed it.

"I forgot about it, but after I signed [with the Tigers], he comes over and whips out this old napkin. I'm like, oh my God! My bonus was 3-point-something million."

If he wanted to he probably could have contested it, but since he had $3 million in the bank giving an old friend $3,000 was not that big a deal.

So kids – if you have a friend that looks like he might be the next LeBron James or the next Andrew Luck or maybe the next Mike Trout, see if he's thirsty during lunch. If he is, make sure you get his promise of future payment in writing.