By Marvin Jules on December 29, 2017 in Articles › Celebrity News

To say that Harvey Weinstein has had a tumultuous past few months might be an understatement. The disgraced Hollywood director has been at the epicenter of a widespread sexual harassment scandal that has sent shockwaves throughout various industries, which has, quite predictably, ruined his reputation and his bank account. His wife, Georgina Chapman, reportedly left him, and could make $12 million if she decides to divorce him; a likely outcome. In addition, Weinstein is facing a number of lawsuits as a result of sexual harassment claims. And now, the 60-year-old could stand to lose even more money; this time from his ex-wife.

The lawyer for Harvey Weinstein's ex-wife Eve Chilton asked a Manhattan Supreme Court judge this past Thursday to demand the Hollywood producer to pay the remaining $5 million he owes in child support for their 3 daughters, ages 15, 19, and 22, before he goes broke from attorney fees. "We have an almost weekly, if not daily, avalanche of accusations and allegations that make it clear [Weinstein] is going to have little [money] left," said Bonnie Rabin, Chilton's lawyer.

Rabin went on to say, "[Weinstein is] pre-paying many, many lawyers many, many millions of dollars to defend himself against these lawsuits all over the world."

According to Page Six, Weinstein agreed to a $60 million divorce settlement with Chilton in Dec 2004, a settlement that pays $50,000 annually for vacations. A portion of the $5 million Weinstein reportedly owes will go towards the annual vacation Weinstein's kids go on during Christmas, which costs $35,000. 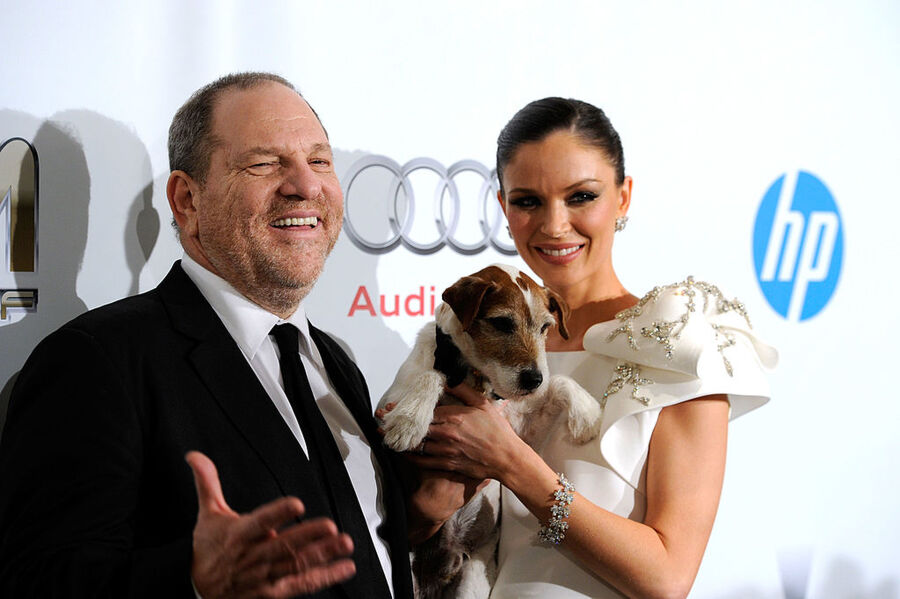 One of Weinstein's lawyers, Steve Silpe, said that Chilton's claims are ridiculous, and that his client, who was not at the hearing, always pays his ex-wife on time.

"He's never not made a payment. He has made every single payment for nearly 14 years," Silpe said.

The judge who heard Chilton's request, Justice Michael Katz, admitted that he did have a concern regarding Weinstein's ability to make child-support payments in the future.

"If we wait another couple of months, it's not clear to me if he will be in the same financial situation," Katz said.

In addition, Katz said that he was "concerned" about a statement Weinstein allegedly made to Chilton in which he said that it was time for her to start picking up child support obligations because of the allegations against him.

Despite Katz's concerns, he referred to Chilton's request as a "drastic remedy" and claimed that there was little precedent to decide in her favor. He did say that he would consider her request before making a decision.