By Joseph Gibson on July 3, 2012 in Articles › Celebrity News

The 1970s sitcom Happy Days was and remains a massive success thanks to syndication, DVD sales, merchandising, and other revenue streams that a successful sitcom can provide decades after it goes off the air. Unfortunately for some of the members of the cast – they don't feel like they're getting a big-enough piece of that pie. 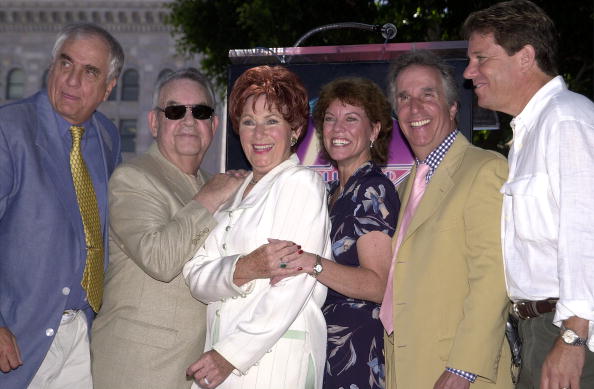 So a group of them – including Anson Williams, Marion Ross, Don Most, Erin Moran, and the widow of the departed Tom Bosley, filed a lawsuit against CBS back in 2011 seeking $10 million in punitive damages. However, a judge dismissed parts of the lawsuit, leaving the group to press on in an unorthodox fashion: Suing over the use of their images on DVD packaging.

Here's why that's a strange route: The actors, as part of their original contracts, already receive royalty payments from sales of Happy Days DVDs themselves – what they're trying to do is apply an additional merchandising calculation onto their pictures on the covers of the DVDs, which they say they haven't been properly compensated for. Experts have weighed in on this approach and have speculated that this would only be worth about $500,000, which is a pretty small amount for this group of actors.

Still – there's at least one person who supports them in their efforts to squeeze some more money out of CBS – Ron Howard. Howard, who along with Henry Winkler is not involved in the lawsuit, was recently asked about his opinion on the proceedings. He said that he wasn't involved but that he hopes and believes the cast will "get what they deserve."

It's easy to see why Ron Howard and Henry Winkler aren't taking part in a lawsuit like this – unlike the rest of the Happy Days cast, they've gone on to have pretty successful careers in Hollywood. Especially Howard – who's become one of the most commercially successful film directors of all time.