Bobbi Kristina Brown Has Died. R.I.P. What Happens To Her Money Now?

Note: This article was originally published in February, 2015 and is being republished in light of Ms. Brown's passing. Our thoughts are with her family. And let me say right off the bat that this topic makes me feel really icky. What has happened in the last year to Bobbi Kristina Brown, a girl who never asked to be famous, and has had a pretty rough childhood, is nothing less than tragic. At the same time, I fully understand there is a lot of natural curiosity and there are questions surrounding what might happen to Bobbi's money in the event she ultimately succumbs to these injuries. I'm going to approach this article from a very factual and legal standpoint. No salaciousness. And I sincerely apologize to anyone who finds this topic crass. Your feelings are probably quite valid.

OK, so now for those of you who have no idea what I'm even talking about, let me give you a brief recap. In February 2015, Whitney Houston and Bobby Brown's 21-year-old daughter, Bobbi Kristina Brown, was found unconscious in a bathtub. Bobbi was unresponsive when friends pulled her out of the water, immediately calling 911. At the hospital, she was put into a medically induced coma, with the intention of preventing any further stress or damage as had already been caused to her brain. Unfortunately, it was soon clear that Bobbi would likely never recover from the injuries. Within days of the tragedy, TMZ reported that doctors advised Bobbi's family to remove her from life support, because her brain function was minimal, and showed an almost zero chance of recovery.

As much as people hate to hear this, and I'm sure I'll get some nasty emails for saying it again: Whitney Houston was broke when she died. Not just broke, she was in debt. I understand how baffling that might seem. How could someone who sold 200 million albums and earned $30 million per year at the peak of her career have been so financially unstable? I don't know. Bad lifestyle decisions? Drugs? Bad husbands? Overspending? All of the above?

In the years leading up to her death, Whitney had borrowed $40 million from her record label Sony/Arista, using future record sales as collateral. Unfortunately, her last few releases were not commercially successful, and Whitney still owed Sony/Arista $20 million worth of the advance at the time of her death.

In the nine months following Whitney's death, her estate earned enough from the sale of singles, albums and merchandise to completely pay off the remaining $20 million loan. Her estate was also able to generate an additional $20 million windfall for Houston's sole heir: 19-year-old Bobbi Kristina.

Legally speaking, Bobbi had the right to inherit 100% of the trust fund immediately. Grandmother Cissy Houston was understandably worried about the consequences of such a windfall, and convinced Bobbi to have the trust fund broken up into a series of smaller payments to be spread out over time.

When Bobbi Kristina turned 21 earlier this year, she received roughly 10% of the trust fund, around $2 million. Another 15%, roughly $2.7 million, was to be distributed when she turned 25. The remainder would be distributed on her 30th birthday in 2024.

What Happens To The Money Now?

Now that Bobbi Kristina has passed away, the trust's remaining funds, approximately $16 million, will revert back to the terms of Whitney's 2002 will. In that will, Whitney designated that in the event her daughter is unable to receive her money, it would by split between her two brothers, her mother Cissy and her "husband Robert B. Brown". That last part is extremely important. Whitney specially referred to Bobby Brown as "my husband Robert B. Brown". According to New Jersey law, where the will was filed, Bobby will likely not receive any money because Whitney specifically qualified him as her husband. They divorced in 2007.

The one wrinkle in all of this is Bobbi's boyfriend/alleged husband Nick Gordon. Nick claims he and Bobbi were married at some point in the last year. If that is true, it would make him, not Bobby Brown, her closest living relative and therefore the sole beneficiary of whatever money has been distributed. 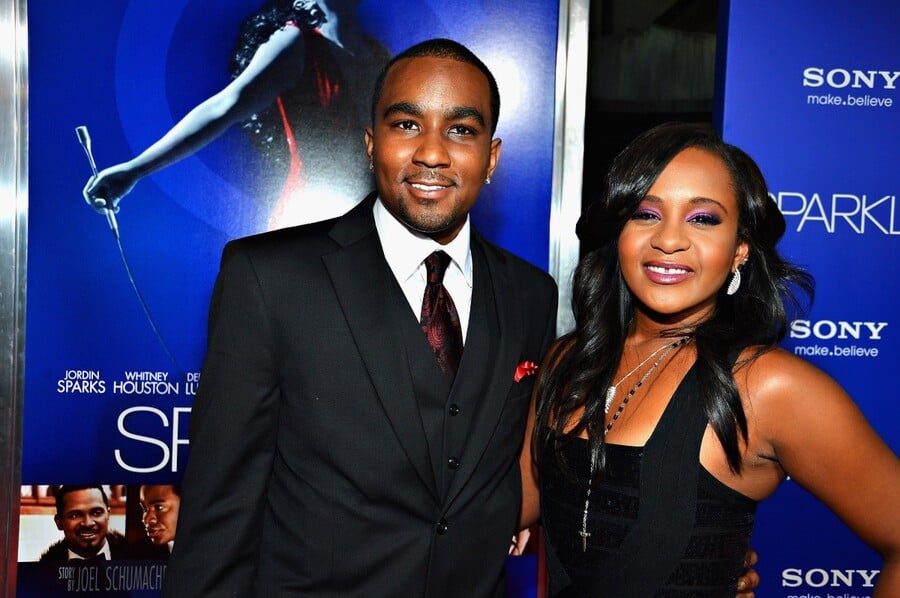 Nick would not have any right to the larger trust fund even if they were married. That trust fund almost certainly has provisions to revert the money back to Whitney's closest living relatives in the event Bobbi Kristina dies. And by the way, a family lawyer has already denied Nick's claim they were actually married, and the family even filed a restraining order against the alleged husband in late 2014.

So there you have it. Hope that clears up some questions.

Thoughts and prayers go out to Bobbi Kristina and her entire family.