After more than 12 months of economic turmoil, it's hard to believe that the worst part of the COVID-19 pandemic may actually be over. Unfortunately, the restaurant industry may continue to struggle many more months to come. So it's good to hear that Guy Fieri and the Restaurant Employee Relief Fund are still handing out grants! Fieri recently helped raise $25 million fr !

You might remember that last May, Fieri helped raise $21 million for the fund, which pays out $500 grants to restaurant workers. So far, about 43,000 employees have received a grant.

Fieri spoke to CBS about the importance of the Restaurant Employee Relief Fund during this tumultuous period for the restaurant industry:

"We were separated from my parents for Christmas. Lost some really wonderful friends during this. So, there's been enough to really bum me out, bum us out and get us all down. But on the other side of it, there's so many people that have it so much worse…You know, so many people work in the restaurant industry in multiple jobs, second jobs, single moms, single parents, students, retirees. And the restaurant industry is massively important to our communities…And so, when I saw this coming, I said, 'We got to do something to get some money to these folks.'" 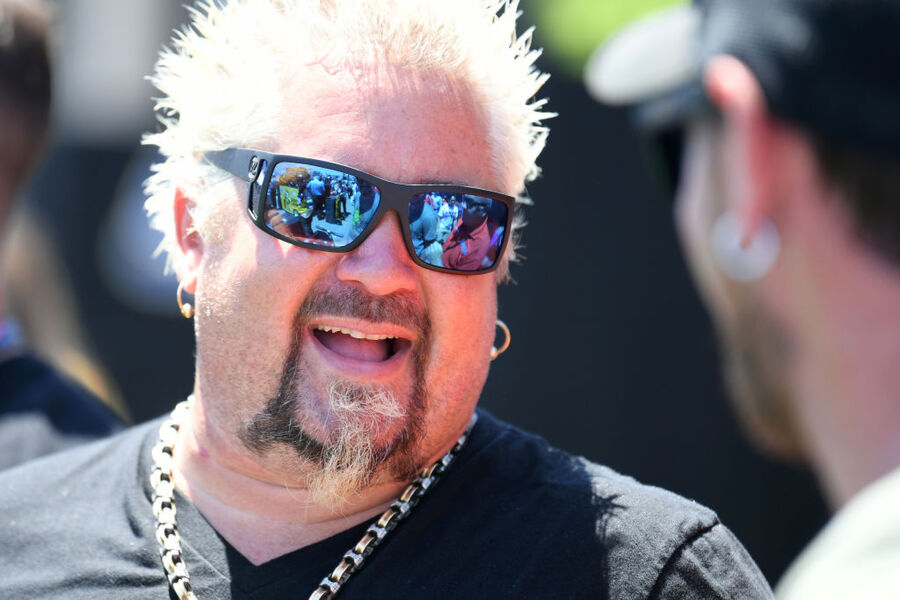 Fieri was in a somewhat unusual position over the course of this pandemic, with both of his major industries — TV and restaurants — all but completely shut down. But now he says things are starting to pick up again in both fields. He is filming episodes of his Food Network series "Diners, Drive-Ins and Dives" and actually getting to meet workers who received some Restaurant Employee Relief Fund grants:

"As I was leaving the 'Triple D' location, getting in the car to go to the next 'Triple D' location, this young manager came out from the restaurant. She came to me and said, 'You know, I got the money.' I said, 'Oh, that's so awesome.' She said, 'The money was great, but it was just awesome to know that people I don't even know care about how I'm doing.' And I was like, 'Man, that's the whole reason we did this.'"Fieri joined forces with the RERF along with over 50 different companies to help secure pledges from more than 15,000 individuals to get the sum of close to $25 million in donations.
Did we make a mistake?
Submit a correction suggestion and help us fix it!
Submit a Correction