By Joseph Gibson on September 11, 2018 in Articles › Celebrity News

Guns N' Roses guitarist Slash has been in the midst of a contentious divorce from Perla Ferrar. The latest skirmish in their attempt to reach a mutually agreeable split has Ferrar accusing Slash of hiding money and income in order to avoid paying her what she feels is her fair share. Now, TMZ reports that both Slash and Ferrar are officially single, but some interesting tidbits about Slash's financial situation were dredged up in the process. Before the settlement was reached, Ferrar's attorney Marty Singer spoke on the situation, alluding to the $45 million Slash made last year:

"Even though Slash reported over $45,000,000 of income last year, my client's court papers allege that he refused to pay for a $1,500 drum set that was requested by his son, a musician in a band, so that he could have a drum set at his mother's home where he spends approximately 90% of his time. The other drum sets are at Slash's home and studio where Slash does not allow his teenage son to remove them." 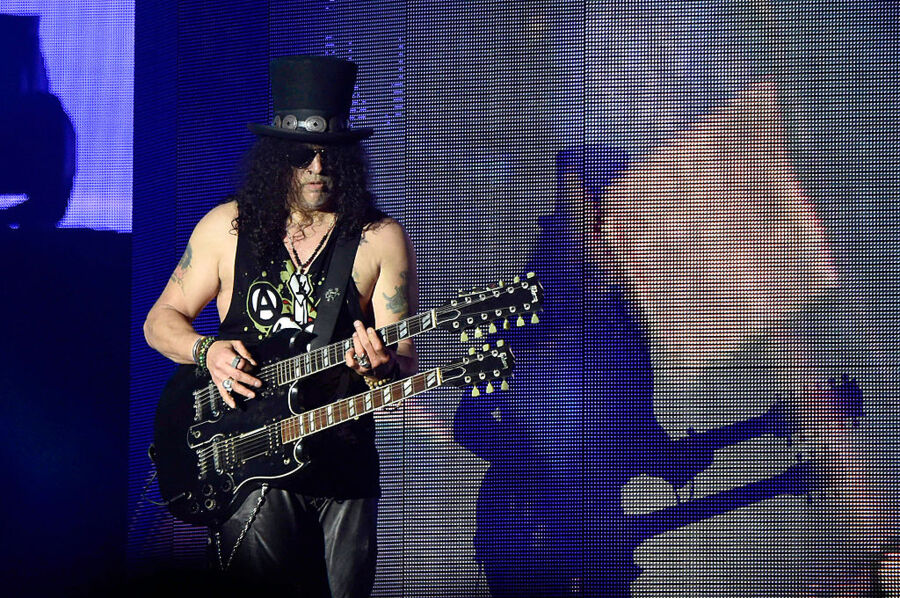 That's a lot of money, but not too surprising given the continuing success of GnR as a touring outfit. Last year, for example, Guns N' Roses made a reported $430 million on their "Not In This Lifetime Tour."

Things got pretty nasty between Slash and his ex-wife, but it appears to be over now, with Slash agreeing to pay out $6.6 million, plus $100,000 per month for spousal support and another $39,000 per month in child support. He'll keep his guitars and any music publishing rights he holds now, along with any future proceeds from those rights, but in addition to the child support his kids will each get 0.9 percent of his income for the next twenty years — not too bad for them, especially if he has a few more years like 2017 was earnings-wise.