Rapper Gucci Mane has plenty of money in his bank account – so it might seem weird that he's now on the hook for stealing $200,000 worth of jewelry. But that's exactly what's happened since a Gucci failed to show up in court to defend against a lawsuit over the missing diamonds. So, in a default judgment, the rapper was ordered to pay up the $200,000 for the jewelry plus $74,523.34 in interest and legal fees. 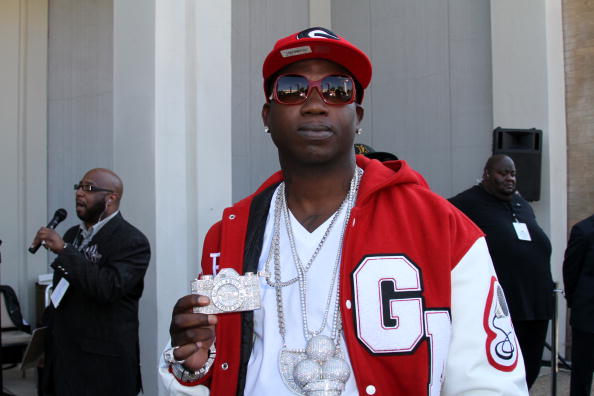 So how does a prominent celebrity like Gucci Mane get accused of stealing diamonds? This isn't a case of robbery or outright theft – instead, Gucci had an agreement with a company called A&A Diamonds to borrow a diamond pinky ring, a diamond necklace, and a diamond bracelet worth a total of two hundred grand. According to this agreement, Gucci then had 15 days to either return the diamonds or pay the price to keep them – both of which he failed to do (according to the lawsuit), instead paying A&A back only $40,000.

So, in April, the company resorted to a lawsuit – and Gucci never even bothered to show up in court. So he was ruled to pay the $274,523.34, and the diamond merchants still weren't able to get the rapper's attention. Now, a lien has been placed on Gucci's holdings, but it's still not enough to provoke a response from the rapper.

So it remains to be seen how this will play out – and since Gucci has never even bothered to present his side of the story, we have no way of knowing what he intends to do. But a lien on one's property is serious business. Luckily for a guy like Gucci, who has plenty of money in the bank, he should be able to pay off the debt without too much trouble. If they can get his attention, that is.