Groupon CEO Andrew Mason: How To Lose $1 Billion And Get Fired From Your Own Company

By Brian Warner on March 1, 2013 in Articles › Celebrity News

Yesterday Groupon finally announced that they had fired controversial CEO Andrew Mason after a tumultuous 4 and a half years running the struggling daily deals company. The announcement sent a jolt of relief to both investors and employees who have seen Groupon's share price drop nearly 80% in the 16 months it has been a public company. Today GRPN shares are up more than 10% on the news that Mason is being replaced by a temporary combination of co-founder Eric Lefkofsky and respected entrepreneur Ted Leonsisf. So how exactly did Andrew Mason lose $1 billion in net worth and get fired from his own company? 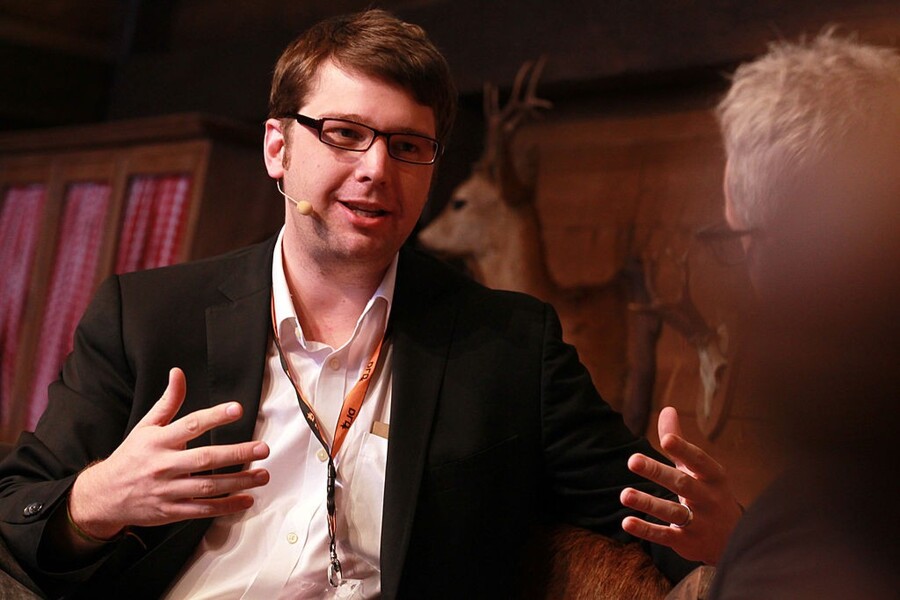 Andrew Mason met Groupon's earliest investor Eric Lefkofsky in 2003 when he was working as a web designer. The two stayed close and five years later Lefkofsky provided $1 million to fund Mason's first entrepreneurial attempt, a company called "The Point". The Point, which eventually became Groupon, was an interactive web platform that originally intended to bring groups of like minded people together behind a social cause like hunger or helping the homeless. When this idea proved to be too abstract, Mason and Lefkofsky pivoted to a more commercially friendly application of the same concept: Groupon. Groupon, as we all know, would eventually grow into one of the most talked about and hyped tech companies in recent history. Groupon today has over 11,400 employees worldwide and has sold an estimated six million group coupons. Groupon was so hot at one point that they even turned down an all cash $6 billion buyout offer from Google. That offer would have put $420 million cash in Mason's pocket and exactly $1 billion in Lefkofsky's. Turning down $6 billion from Google shocked the world. On the other hand, investors were confident that a company with as much heat and momentum as Groupon had back in 2011 would surely fetch far more in value with an IPO.

So what went wrong? GRPN debuted on the NASDAQ in early November 2011 at $26 per share. Investors and employees rejoiced at their new found fortunes. Mason's 45,934,504 shares were worth $1.196 billion. Eric Lefkofsky's 109,364,216 shares were worth a whopping $2.86 billion. Unfortunately for Groupon, the $26 debut share price would be the company's all time high point. Thanks to a series of embarrassing accounting errors and irregularities, not only did the stock decline but it began a slow death march right around December 23, 2011. Adding fuel to the fire was the unforeseen fact that group daily deals turned out to be somewhat of a fad. Most people have tried Groupon or one of the dozens of imitators, at least once and many were not impressed. Worse, stories of small businesses who lost thousands of dollars offering a Groupon became common. One of Groupon's biggest challenges was fending off the never ending crop of imitator companies and the need to constantly hunt for new local businesses to offer a deal. In order to successfully meet these challenges, Groupon had to hire thousand of new employees around the world. By comparison, Groupon today has 11,400 employees while Facebook only has 5000. These rising costs shrunk margins at a time when revenue was falling precipitously.

Mason didn't exactly help his own cause. The 31 year old CEO was known for being a bit of a goofball who perhaps did not take his role as CEO of a major publicly traded company seriously enough. For example, at one point without explanation Mason posted a 9 minute video of himself doing yogo in tighty-whitey underwear on YouTube. As Groupon began to plummet, Mason was named "Worst CEO of the Year" by several CNBC anchors and many investors called for his head. That finally happened yesterday, February 28, 2013, when the Groupon board announced they had fired Andrew Mason. Mason's severance package is not what you would expect from a big wig corporate CEO. He will walk away with six months salary which unfortunately amounts to just $378.36 because as CEO Mason took an annual salary of $756.72. He will be covered on the company's health plan for 180 days. Mason has been hit the hardest when it comes to his personal net worth. Over the 16 months Groupon has been public, the value of Mason's 46 million shares peaked at $1.2 billion. Today, after the company has lost 80% of its value, Mason's shares are worth $230 million. Hard to feel too bad for a guy who is still worth hundreds of millions of dollars, but it still can't be fun to lose $1 billion in a matter of months. And who knows what the future holds for Groupon. Its shares were up 11% on the news of Mason's firing, but is that enough to turn the bloated and potentially doomed company around?