Tom Brady and Rob Gronkowski both made a pretty good team along with the rest of the Tampa Bay Buccaneers, going all the way for a recent Super Bowl championship victory. Now, both players have re-signed new contracts with the team to stay on and try the whole thing again, Brady signing a four-year deal worth almost $50 million and Gronk signing a one-year deal worth $10 million.

Gronk spoke about his own deal enthusiastically in a recent TMZ Sports interview, saying "I'm back, man!" and that "I will be back playing football, man. I love the game of football. I loved playing last year. I had a great time." 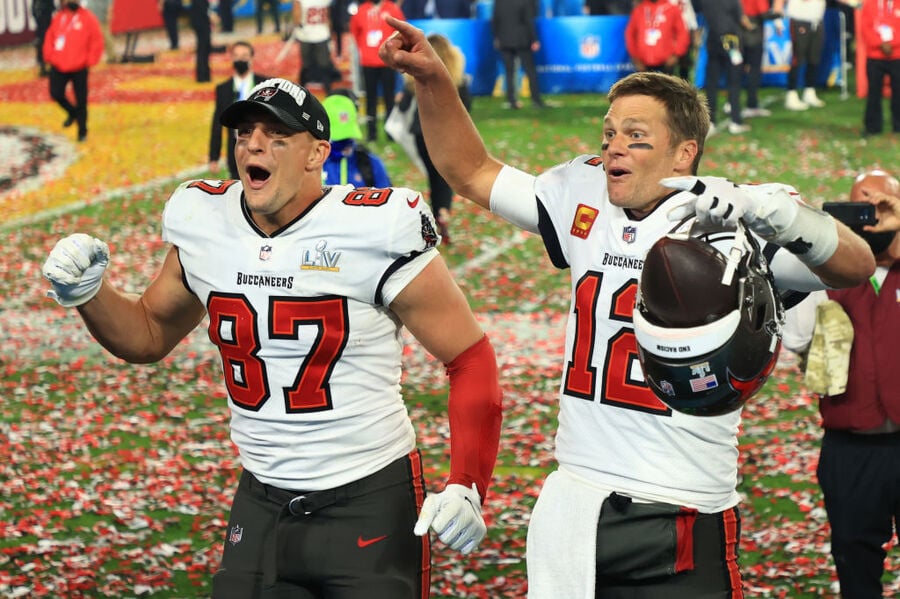 As for Brady, it's being assumed by many fans that the 43-year-old quarterback doesn't actually intend to play through the entirety of his four-year contract extension, since it would take him well beyond his stated ambition of staying in the game until he turns 45. But, as he did multiple times with the New England Patriots, the deal was creatively engineered to keep as much of the team as possible together and keep the Bucs under their salary cap. Even so, Brady's new contract is a lucrative one, with a reported $20 million signing bonus ($15 million of which will be deferred until next year), another $20 million roster bonus, and millions in various playoff performance incentives in addition to the base salary. Put simply, Brady is set to make $26.075 million this year alone, with another $23.925 million in 2022 (barring any additional raises, which are likely if he continues playing at his current rarified level).

Despite all that, ESPN reports that the contract ended up saving the team almost $20 million:

"The move saves the Buccaneers $19 million against the cap this year, sources said. The additional voidable years are there to defray the cost. It was another effort from Brady to keep as much of the team together as possible."

This year's Super Bowl win was Brady's seventh and Gronk's fourth, and now they're officially staying in Tampa to try and make it eight and five, respectively.