Last fall was a weird time to be an NBA owner. First off, after a series of racist conversations came to light, billionaire slum lord Donald Sterling was forced to sell The Clippers. A bidding war was launched, and by late August, Microsoft CEO Steve Ballmer had an agreement in place to buy the team for an unprecedented $2 billion. Just a few weeks after the Ballmer deal closed, another NBA owner was caught up in an awkward racist situation. That owner was Atlanta Hawks primary shareholder Bruce Levenson. Bruce actually came forward on his own accord and announced that he had sent some emails back in 2012 that were "inappropriate and offensive." In light of this admission (and perhaps in light of the fact that The Clippers had just sold for $2 billion!), Bruce soon announced that he would be putting Hawks up for sale.

In late October, Bruce and the other Hawks owners hired Goldman Sachs to find a party that would be interested in buying 100% of the team. They set a floor price of $1 billion. Just a few months earlier, the idea that the Hawks could be worth $1 billion would have been utterly laughable. In fact, in April of 2014, Forbes estimated that the Hawks were the third least valuable team in the NBA, with an estimated total value of $320 million. On that same list, the Clippers were estimated to be worth $430 million. Five months later, The Clippers sold for $2 billion.

So maybe $1 billion for the Hawks wasn't so laughable. And that would have been a very good return for the owners who collectively paid $250 million for the team back in 2004. That's a 4x return in a decade. Add to that some racist emails from the primary owner, and you've got yourself a good time to be a seller.

Fast forward roughly six months, and the Hawks owners have reportedly finally found a buyer. Unfortunately for them, they did not end up getting a billion dollars. But they did get $730 million!

Today it was revealed that the Hawks have reached a deal to sell the team to a group of investors led by LA billionaire Tony Ressler (net worth $2 billion) and NBA legend Grant Hill (net worth $180 million).

Tony (who also goes by his full name Antony, NOT Anthony) earned his billions as the founder of an LA-based asset management firm called Ares Management, LLC. Ares Management currently overseas more than $40 billion in assets. A fun little fact about Tony is that he is married to "Sixteen Candles" and "Less Than Zero" actress, Jami Gertz. Together, Jami and Tony are consistently two of the most generous philanthropists in LA. They have donated tens of millions of dollars to a wide variety of causes over the years. 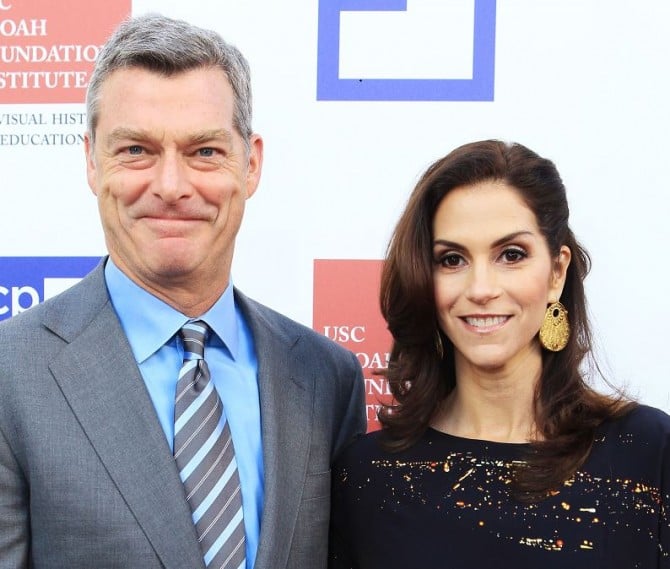 Other primary investors in the Hawks include husband and wife power couple Jesse Itzler (net worth $100 million) and Sara Blakely (net worth $1 billion). Jesse is a former rapper who also founded Marquis jets. Sara Blakely is a self-made billionaire thanks to the body-shaping undergarments, Spanx.

The purchase price was initially believed to be "slightly less than $1 billion." The number was then adjusted down to $850 million, then $800 million. The most current, yet still unconfirmed number, is $730 million.

More info is still coming out every minute about this deal. We'll keep you updated with anything new that you need to know!

P.S. I wrote this entire article 30,000 feet in the air flying cross country! First time I've ever done that!