Would You Give Up Your Passion For A Year To Make $6 Million? The Ezekiel Elliott Dilemma

Ezekiel Elliott had quite the run for the Ohio State Buckeyes over the past month. In the three games Ohio State won on their way to the title (the Big Ten Championship Game, the Sugar Bowl, and the National Championship Game) Elliott rushed for 696 yards and eight touchdowns.

It was an impressive performance to say the least. So is Elliott looking forward to next season on the Buckeyes squad? Or is he maybe thinking about going pro next year? Those would normally be the two options facing a player right around now. But, in an interesting twist of fate, thanks to a weird quick in the NCAA rule book, Elliott might actually be better off spending next season not playing at all. How is that possible and what is going on??? 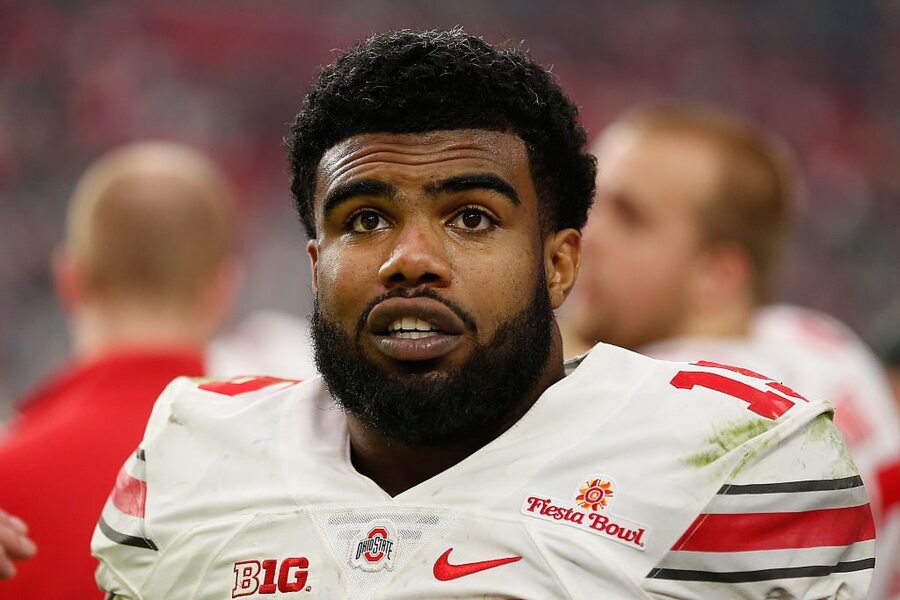 Under current NFL and NCAA rules, a player is only eligible to enter the draft after three years have passed since he graduated high school. Elliott is just a sophomore, so he's still required to wait one more year before entering the draft.

It seems absurd to skip out on a full year of football, but the alternative might be even worse. The average NFL player spends 3.30 years in the league. A running back's average career only spans 2.57 years–the lowest of any position.

And Elliott only needs to look back a few years to see an example of the dangers of the position. Former South Carolina running back Marcus Lattimore suffered a torn ACL on his left knee during his sophomore year. He then had an even more devastating injury his junior season, suffering an injury to his right leg, most likely tearing his ACL, PCL and MCL. The injury was so gruesome that I don't even want to publish a photo of the hit here. It's gross.

Lattimore, who was projected to be a high draft pick, did take out an insurance policy during his junior year for $10-$15,000. He was drafted by the 49ers in the fourth round, but never played a down in the NFL, as the damage on his knees was too great.

Lattimore earned a $300,000 signing bonus with the Niners, and will get $1.7 million thanks to his insurance claim. But he was signed for almost $8.5 million, including the bonus. He would have made nearly over $6 million more if his knees were healthy.

Of course, every player is different. It's entirely possible that Ezekiel Elliott can play a full season without sustaining an injury. And even if he did get badly injured, he just might make an improbable comeback. Look at Willis McGahee, who suffered one of the most gruesome injuries in the the history of televised sports. During the fourth quarter of the 2003 Fiesta Bowl, the former Miami product (who was projected to be a first-round draft pick) tore his ACL, PCL, and MCL in a devastating hit that nauseated even the most steel-stomached of viewers.

McGahee's draft stock fell after that hit, though the Buffalo Bills selected him with the 23rd pick of the 2003 NFL Draft, and he was rewarded with a five-year, $15.5 million contract. He sat out his entire rookie season, but still had a very productive and lengthy career, rushing for 8,474 yards and 65 touchdowns over ten seasons, including four years with at least 1,000 rushing yards. After playing his first four years in Buffalo, McGahee was traded to the Baltimore Ravens, and he eventually signed a contract with them worth $26 million (that could have gone up to $40.12 million if the team had exercised his option), including $15 million in signing bonuses. Not a bad haul. Things could definitely work out for Elliott even after a potential injury, like they did for McGahee. 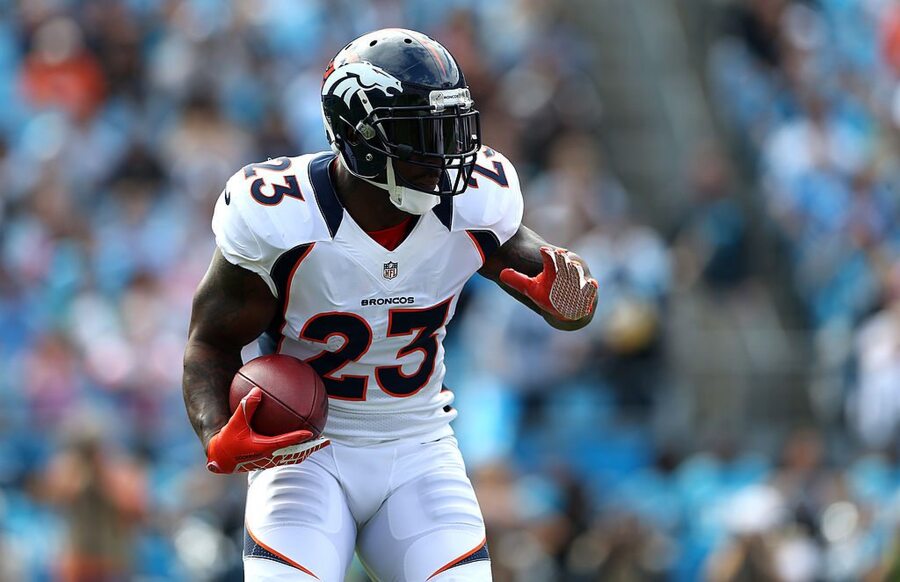 But is it worth the risk? He could just take the season off, continue to work out, and avoid an extra year of wear and tear on his body, which hopefully would translate to an extra season or two in the NFL. And at an already at-risk position, that might be the best option.

What would you do if you were in Elliott's shoes? Continue playing for the Buckeyes, or play it safe and take a year off to potentially earn a lot more money down the road? Keep in mind that you love playing football more than anything and all the glory you'd miss out on as a champion Ohio State student athlete? It's not exactly a no-brainer decision.