George Lucas Settles On LA To Host His $1.5 Billion Museum

By Joseph Gibson on January 12, 2017 in Articles › Celebrity News

After months of backstage wheeling and dealing, and probably some pretty embarrassing headlines about George Lucas' seeming inability to give away a $1.5 billion museum for free, a home for the The Lucas Museum of Narrative Art has finally been found. The Los Angeles Times reports that that home will be LA's Exposition Park.

Los Angeles having been chosen as the home of the museum is evidently the fruit of an unusual tactic employed by Lucas in order to find a place to house his collection of materials related to 20th century visual storytelling. This tactic involved lobbying both LA and San Francisco simultaneously for the privilege, which effectively set up a brief duel between the two cities, and now it's Los Angeles who will receive the complex. The museum is reported to be the product of an investment between $1 billion and $1.5 billion in Lucas' own resources, including the art from his personal collection that will populate the museum, as well as various pieces of Star Wars ephemera that will likely be the museum's chief selling point. Backers of the museum have also stated that thousands of jobs will yet be another benefit to be enjoyed by LA now that this decision has been made, and Los Angeles Mayor Eric Garcetti seems happy about the decision, anyway:

"It feels like this incredible gift has come home. I always thought Los Angeles was the natural place to spread the vision of George Lucas and Mellody Hobson, to make art and creativity accessible and inspirational to the next generation. It's a natural place to have this museum in the creative capital of the world and in the geographic center of the city. It's a banner day for L.A." 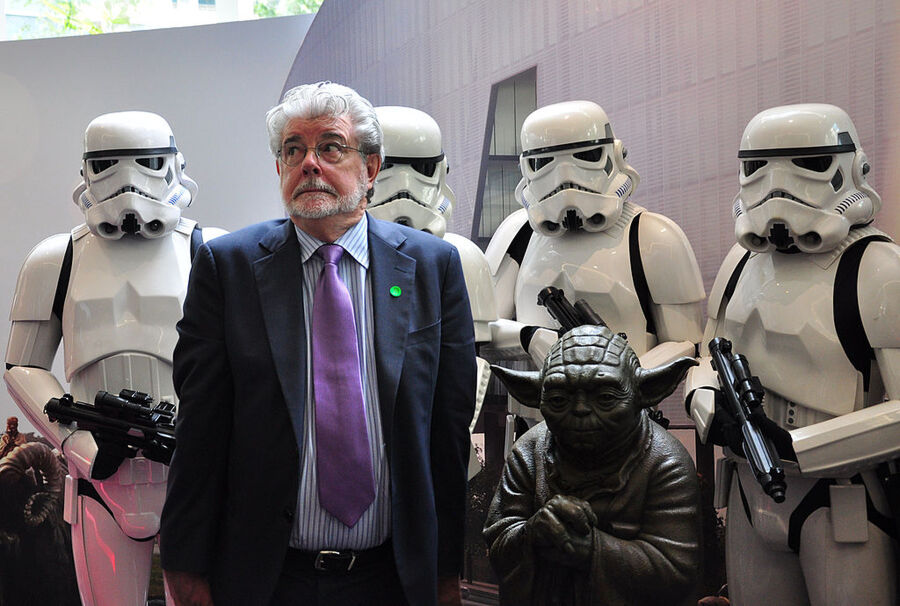 The 275,000-square-foot structure will require tens of thousands of construction jobs to complete, and Mayor Garcetti made a "lowball estimate" that the museum will also require around a thousand permanent jobs once it's up and running. Tourists and Star Wars fans from around the world will come to see works by Norman Rockwell, R. Crumb, Lucas himself, and many others, if all goes according to plan. Also according to plan: The Lucas Museum of Narrative Art is aiming for an opening sometime in 2021, after which it will be … fully operational (sorry).