By Joseph Gibson on November 28, 2020 in Articles › Celebrity News

George Clooney, in a recent interview in GQ magazine, decided to confirm a story that's been floating around since his friend Rande Gerber told it on MSNBC in 2017. As the story goes, Clooney decided to give 14 of his closest, most supportive friends $1 million each in cash as a way to repay the ways they'd helped him in leaner times over the years.

Clooney had never discussed the story before, but for whatever reason he decided to lay out how it happened for GQ. As he tells it, the decision to pay back his 14 best friends came after an unexpected windfall from his work in the 2013 film "Gravity":

"…and because they didn't want to pay us, they gave us percentages of ["Gravity"], 'cause they thought it was gonna be a flop, and that ended up being a very good deal…And I thought, what I do have are these guys who've all, over a period of 35 years, helped me in one way or another. I've slept on their couches when I was broke. They loaned me money when I was broke. They helped me when I needed help over the years. And I've helped them over the years. We're all good friends. And I thought, you know, without them I don't have any of this. And we're all really close, and I just thought basically if I get hit by a bus, they're all in the will. So why the fuck am I waiting to get hit by a bus?" 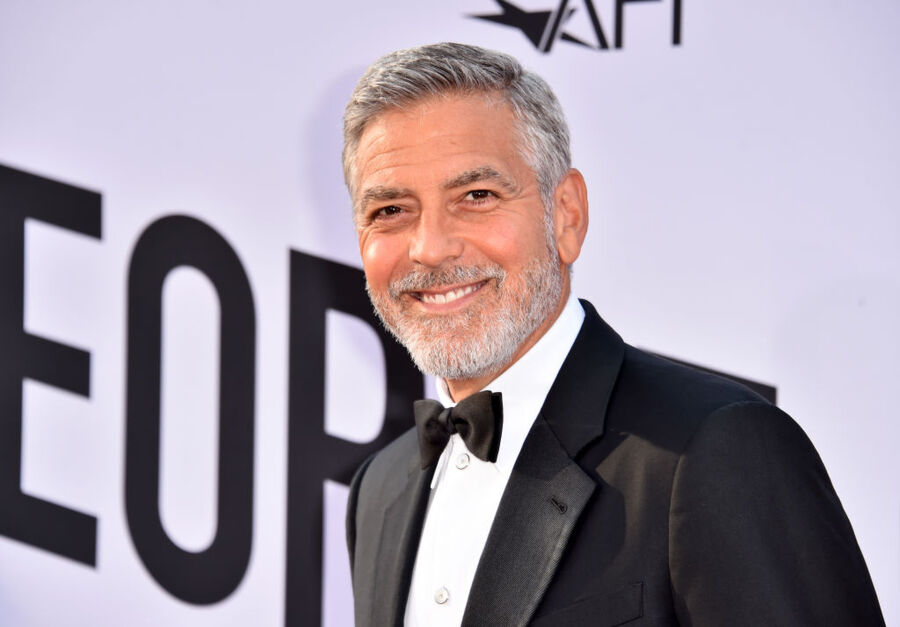 Arguably the most interesting part of the story is the practical process of securing $14 million in cash. Contrary to what the general public might assume, it apparently isn't just a question of strolling into your local bank branch and taking it out in briefcases. Instead, Clooney says, it's a more singular process that seems to have a little in common with something out of his "Ocean's" movies. Clooney says he researched the issue and discovered a place somewhere in downtown Los Angeles with "giant pallets of cash," so he drove there in a nondescript van with "Florist" written on the side to pick up the money, telling no one but the assistant and a couple freelance security guards he brought along to help: "And we brought it up, and I bought 14 Tumi bags, and then I packed in a million bucks, cash, which isn't as much as you think it is, weight-wise, into these Tumi bags."

After that, the fun part was to actually give the cash gifts, at a party he threw for the recipients:
"And I just held up a map and I just pointed to all the places I got to go in the world and all the things I've gotten to see because of them. And I said, 'How do you repay people like that?' And I said, 'Oh, well: How about a million bucks?' And the fun part about it was: That was the 27th, the 28th of September. A year later, on the 27th of September, just by happenstance, was the day I got married."
A later development that shows that some guys just get too much luck: Clooney happened to get even richer shortly after this occurred, thanks to the sale of his tequila company Casamigos for a billion dollars a few years later.
Did we make a mistake?
Submit a correction suggestion and help us fix it!
Submit a Correction