By Brian Warner on December 6, 2021 in Articles › Celebrity News

George Clooney seems like a pretty down-to-earth and cool guy. For example, did you know that without George we probably would never have had "South Park"?

It's true. Back in the early 1990s George received a VHS copy of a home-made animated short called "The Spirit of Christmas" that was made by two recent film school kids from Colorado named Trey Parker and Matt Stone. George thought the short was so funny that he made 300 copies and sent them around to his Hollywood friends. One of those friends was a guy named Doug Herzog. Just a year earlier Doug had been named President of a struggling cable network called Comedy Central. Herzog reached out to Matt and Trey and the rest is history.

When asked how they could repay the favor to show their gratitude, George asked to voice a character in an episode. Keep in mind that at that time George was the most-famous television star in the world in the mid-1990s thanks to his role of Dr. Doug Ross on "ER."

Matt and Trey called George into their studio and had him lay down a few "barks." Their idea for the best way to use George Clooney's talents was for him to voice the role of Stan's dog Sparky. In the episode Sparky barks a few times. It could have been anyone on the planet, it was actually George Clooney.

George went on to enjoy one of the most-successful film acting careers in history, became human rights activist and in his spare-time launched a billion-dollar tequila brand called Casamigos.

Along the way, thanks largely to that tequila brand which was acquired by Diageo in 2017 for $1 billion, George Clooney amassed a $500 million net worth. 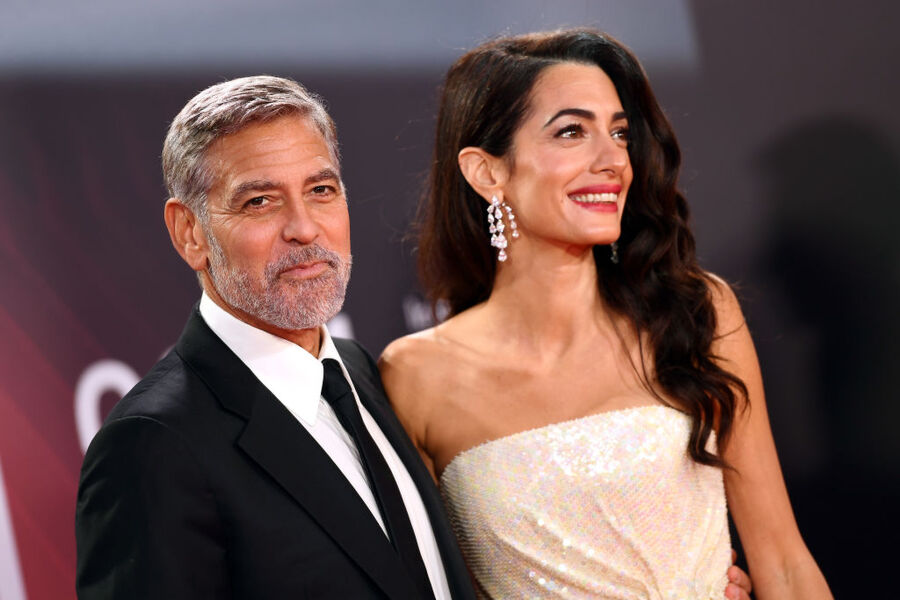 For a guy who is worth a half billion dollars and regularly makes $20+ million for a single film role, one might assume he's too rich or important to accept commercial endorsements. But that's not the case. As you may have seen, George has appeared in commercials promoting Omega watches, Fiat, Martini vermouth and Nespresso.

Let's talk about that last brand for a moment.

George first appeared in a commercial for Nespresso in 2013. In a little less than a decade he has earned north of $40 million from his partnership with the luxury coffee brand. Well, technically he hasn't earned all of that $40 million.

A major reason George decided to do the Nespresso commercials in the first place was so he could fund a spy satellite to spy on a brutal African dictator. This satellite allowed George and other human rights-watching groups to keep an eye on Sudanese dictator Omar al-Bashir who was accused of committing hate crimes at a massive scale, resulting in tens of thousands of deaths. Thanks in no small part to George's satellite and relentless public shaming, Omar al-Bashir was ousted in April 2019 and subsequently arrested and imprisoned.

But George does have a line he will not cross when it comes to endorsements. Even if the potential endorser is dangling an absolutely enormous paycheck in his face.

Earlier today the Guardian released an interview with Clooney to promote his new film "The Tender Bar."

In the opening paragraph, the interviewer imagines George waking up every morning and jumping into a Scrooge McDuck-style pool of gold coins and asks him if he ever thinks "You know what? I have enough money now."

"Well, yeah. I was offered $35 million for one day's work for an airline commercial, but I talked to Amal [his wife, who happens to be a human rights lawyer] about it and we decided it's not worth it.

It was for a country that, although it's an ally, is questionable at times, and so I thought: 'Well, if it takes a minute's sleep away from me, it's not worth it.'"

And it's not like he would have worked for 24 hours. A "day's work" on a commercial shoot for a Clooney-level star is probably 4-6 hours at most. Assuming 6 hours to be conservative, that would have worked out to…

I think the only kind of person who can turn down $35 million for a day's work is one who is already worth $500 million.

I'm not going to venture a guess as to the specific airline in case they advertise on CelebrityNetWorth. I am NOT worth $500 million, so I'll take the money 🙂