George Clooney must have been a saint in a previous life. I mean, does anyone on earth have a better life than him? He's one of the most famous and highly-paid actors on the planet. He spent the better part of two decades dating the most beautiful women on the planet. He is married to a gorgeous human rights lawyer who recently gave birth to twins… And now he's being showered with stupid amounts of money for a little tequila company he started as a side project just a few years ago!

Earlier today it was revealed that George Clooney and his two partners, Rande Gerber and Michael Meldman, have agreed to sell their tequila company Casamigos to alcohol conglomerate Diageo for $1 BILLION.

The sale will consist of $700 million in cash upfront plus $300 million in bonuses that will be based on future performance milestones. All three partners have agreed to stay with the brand for at least the near future, possibly longer. 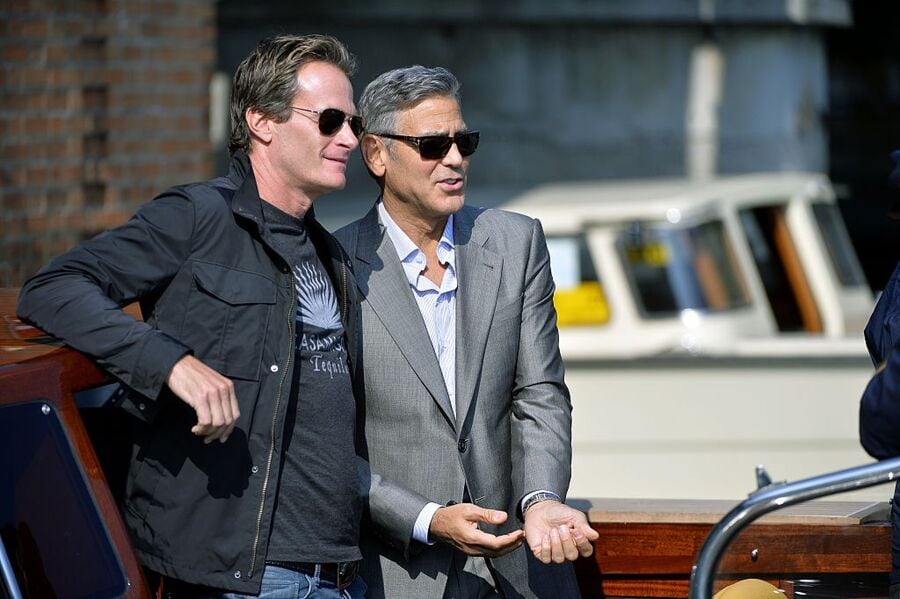 Clooney and Gerber started Casamigos (which loosely translates to "house of friends"… casa amigos) just four years ago! They initially launched the brand as a private label to produce small quantities of tequila for their friends. They spent two years researching the tequila industry, meeting distillers and sampling hundreds of types of tequila. Their goal was to create a formula that didn't leave a bad aftertaste and would not result in a hangover. In 2013 they officially received a license to mass-produce the tequila. At this point they teamed up with Meldman, a real estate tycoon who also happens to be a liquor distributor in the US. At this point each partner invested $600,000 to take the business to the massive.

Today, Casamigos can be purchased in 20 countries. The average bottle costs around $50. Casamigos sold 120,000 cases in 2016, generating around $70 million in revenue. The brand is on pace to sell 170,000 cases in 2017 making it the fastest-growing super premium tequila in the United States.

When CNBC reached out to Clooney for comment today, he replied via email with the following statement:

"If you asked us four years ago if we had a billion dollar company, I don't think we would have said yes. This reflects Diageo's belief in our company and our belief in Diageo. But we're not going anywhere. We'll still be very much a part of Casamigos. Starting with a shot tonight. Maybe two."

Rande Gerber told TMZ that he was "shocked" at how much money they all just made, saying, "we never could have imagined it."

Here's how Rande Gerber described Casamigos' origin story back in a March interview with Business Insider:

"Casamigos really started by accident as far as a company. As you do in Mexico, we would drink a lot of tequila. We'd go out to bars and restaurants, and bartenders would recommend them. Some were good, some not so good, and some expensive. There came a point where George turned to me and said, 'Why don't we create one that's perfect for us?'"

I hope to make a $1 billion accident some day!