By Brian Warner on October 5, 2012 in Articles › Celebrity News

The meteoric rise of South Korean rapper Psy and his wildly popular song Gangnam Style has caused an equally meteoric rise in something unexpected and seemingly unrelated, the stock price of his father's company DI Corporation. Even though the two phenomenons should theoretically have no impact on each other, for some inexplicable reason DI Corp's stock has risen 188% since the song exploded on youtube and every other music sales chart. And Psy should expect a really nice Christmas gift from his father and brother this year because their net worth has increased a combined $30 million thanks to the anomaly! Keep reading to find out how… 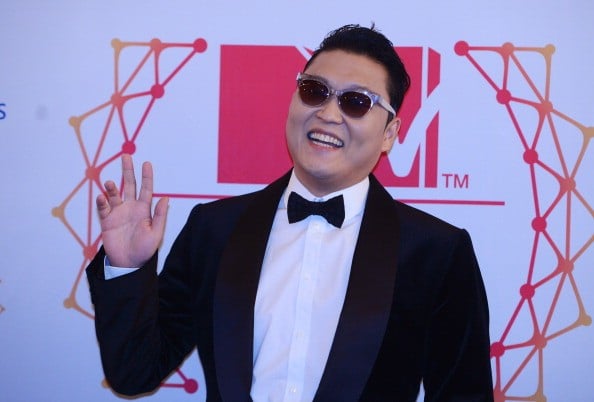 Psy's father Park Won-Ho is the Chairman of DI Corp and his brother Park Won-Deok is listed as Vice Chairman. Prior to Gangnam style's release, the company, which manufactures semiconductor testing devices, had lost money in each of the previous four quarters and the stock had slipped to a 52-week low of $1.20 per share on June 4th 2012. That drop hit Psy's father and brother particularly hard because they own 10% and 15% of the company, respectively. Gangnam Style was released to youtube on July 15th 2012 and by mid-August had become a global phenomenon eventually wracking up 900 million views and becoming the most liked and viewed video in the history of youtube. Throughout late August and September, Psy took the world by storm making hundreds of high profile appearances on shows like Saturday Night Live and the MTV Music Awards. Take a look at the curious performance of DI Corp's stock price over the same time period: 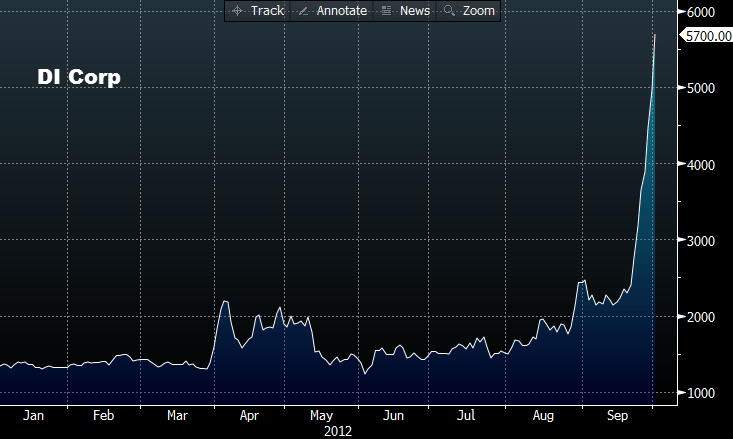 As you can see from the chart above, DI Corp's stock price shot up starting in mid September from around $1.2 per share to a new 52-week high of $5.8. Why did this happen? According to a Korean investor and analyst named Jung Geun-hae, "Stocks usually move in relation to how a company performs, but especially in Korea, they can also be deeply affected by less tangible factors like public sentiment." So just how grateful are Psy's father and brother? How about $30 million worth of grateful? Here is a breakdown that shows how the rise of DI Corp's stock price between May 11th and October 4th has benefited Psy's father and son:

Talk about a great summer! Psy's brother is $17.3 million richer today and his dad is $11 million richer thanks to the hit song. I certainly hope Psy gets a nice reward for his efforts to save the family business! What do you think Psy's brother and father should buy him as a thank you gift?