By Joseph Gibson on August 8, 2019 in Articles › Celebrity News

The latest television auteurs to sign a purportedly massive contract with Netflix to develop new programming are the duo behind Game of Thrones: David Benioff & D.B. Weiss. A recent Deadline report says that the writers have signed on with the streaming platform for a figure that's supposed to be somewhere in the nine-figure range.

Said to be worth as much as $300 million for five years, Netflix's deal represents a successful effort to beat out a crowded field of companies looking to capture some of that Game of Thrones magic, including Disney, Comcast, Amazon, Apple, and the pair's Game of Thrones home at HBO. The goal will be to develop a "water cooler series" comparable to Game for Netflix, and in a statement to the press Benioff & Weiss expressed their excitement to call Netflix home:

"We've had a beautiful run with HBO for more than a decade and we're grateful to everyone there for always making us feel at home. Over the past few months we've spent many hours talking to Cindy Holland and Peter Friedlander, as well as Ted Sarandos and Scott Stuber. We remember the same shots from the same '80s movies; we love the same books; we're excited about the same storytelling possibilities. Netflix has built something astounding and unprecedented, and we're honored they invited us to join them." 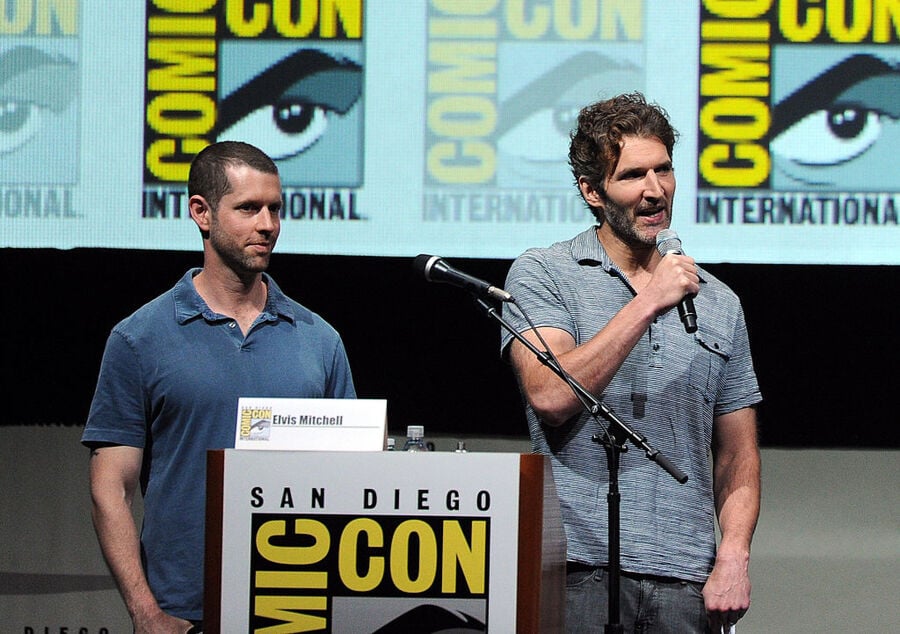 The aforementioned Sarandos, Netflix's Chief Content Officer, released a statement of his own and also seems pleased with the deal:

"We are thrilled to welcome master storytellers David Benioff and Dan Weiss to Netflix. They are a creative force and have delighted audiences worldwide with their epic storytelling. We can't wait to see what their imaginations will bring to our members."

The Netflix deal isn't the only thing on Benioff & Weiss's plate by any stretch. They're also signed on to write and produce a new trilogy of Star Wars movies as well as an adaptation of the novel Dirty White Boys for Disney, and they have a script for a "Kurt Cobain project" in development at Universal.

No word yet on any specific projects the writers may be working on for Netflix, but if all goes according to plan, you'll be hearing all about them in due time.