By Joseph Gibson on June 4, 2012 in Articles › Celebrity News

Add P-Funk pioneer George Clinton to the list of celebrities who've recently been plagued by tax problems. The Atomic Dog himself is said by the IRS to owe a grand total of $115,552.27 for income he earned in the years 2007 and 2008, during which time Clinton failed to pay his taxes.

Unfortunately for Clinton, this isn't the first time the creative force behind Parliament-Funkadelic has had serious financial problems. Late in his career, Clinton was reported to publicly compare himself to the prostitute heroine of one of his most famous songs, "Cosmic Slop," due to his being forced to appear in TV commercials for products like the iMac out of financial necessity. 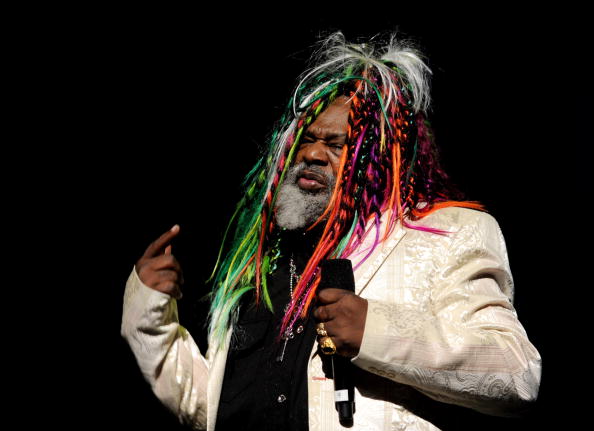 That was back in 1994, so many of Clinton's fans assumed he was back on financial track since those dark days. His status as a music icon has only been solidified since then, as many popular rappers and hip-hop producers continue to cite him as an influence. And although the use of P-Funk samples in hip-hop isn't as prominent as it once was, Clinton remains a music legend. But apparently his accounting leaves something to be desired, since according to the Internal Revenue Service Clinton failed to pay $48,347.82 for his earnings in the year 2007 and $67,204.45 for 2008. And the IRS has resorted to filing a tax lien against Clinton. What this means is that if Clinton fails to pay up or make some kind of arrangement with the IRS, they could start seizing his property and assets.

So hopefully George Clinton has some money stashed away in savings. It would be a real shame for the man's fans to see him resort to doing TV commercials when he's made it so clear that he doesn't consider that to be an artistically respectable pursuit, especially at his age – he will turn 71 this July.