By Chris Kelley on February 20, 2016 in Articles › Celebrity News

One well-known reality T.V. housewife is nursing her net worth into recovery after serving 11 months in federal prison for fraud. Teresa Giudice of Real Housewives of New Jersey fame traded in the fabulous Garden State lifestyle for a prison uniform after both her and her husband, Joe, entered a guilty plea to 41 counts of fraud. The Giudices were found guilty of overstating their incomes to receive approximately $4.6 million in mortgages and lines of credit.

Before the headlines and money problems, Teresa worked as an associate buyer for Macy's. Her career took a big turn when she was cast on season 1 of Real Housewives of New Jersey, a move that allowed her to author and release three successful cookbooks, a line of bellini cocktails called Fabellini, and hair care line Milania. In October of 2009, the Giudices filed for bankruptcy, a petition they later withdrew. Four years later, on July 29, 2013, the couple's legal troubles began.

Initially, the Giudices were slapped with a $414,588 restitution payment for their fraudulent practices. Teresa's lawyer, James Leonard, has said that as of February, the family has paid off the entire balance. 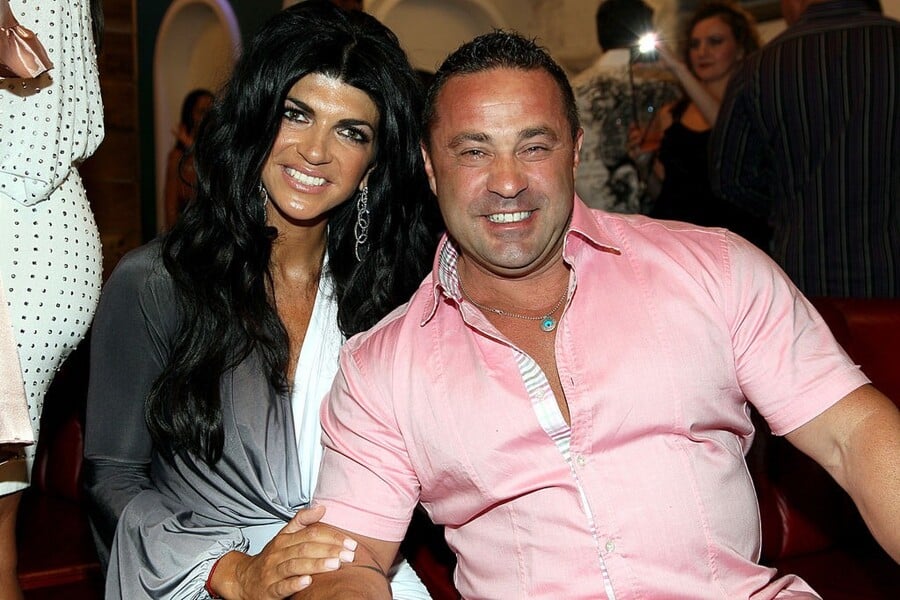 While the courts are allowing both Teresa and Joe to serve their sentences during separate timeframes so at least one parent can be with four daughters Gia, Gabriella, Milania and Audriana, there was little hope for the couple to recover financially…until now!

Mrs. Giudice, who is currently estimated to be worth -$11 million, is making waves in a big way following her release from the Federal Correctional Institution in Danbury, Connecticut. The 43-year-old New York Times bestseller has set forth on a media campaign to promote her book Turning the Tables and is receiving a healthy cash flow as a result.

Prior to beginning her prison sentence in January of 2015, Giudice received a reported $250,000 for a "goodbye" sit-down interview with Bravo's Andy Cohen. Following her release from prison, the ex-con brought in another $350,000 for returning to the hot seat with Cohen. But that's not the only business she's receiving.

The 43-year-old Giudice matriarch has been making rounds on every major network to highlight her "tell all" exclusive, which is allegedly another hefty six-figure payout for the reality star. Teresa says because of her celebrity status, she was dubbed "Hollywood" in prison and had to deal with inmates constantly trying to sell stories about her to news outlets.

After spending nearly an entire year in prison, the fan favorite reality star might soon be returning to the show that made her famous. Teresa, who originally received a $700,000 salary for her role on RHONJ, is expecting a healthy bump in her reality T.V. paycheck. While the popular franchise leg has been on hold to accommodate Giudice's prison sentence, rumors have been swirling that Teresa will receive at least $1 million for the upcoming season.

But it's not all good news for the reality star. The Giudice patriarch will head to prison to begin his 41-month sentence in March of this year, leaving Teresa to care for their four children. The couple has also yet to speak out on the IRS tax lien against them–one to the tune of $551,653.