The Poker Boom of 2003 has come and gone, but there's little doubt elite players can make quite the living. And unlike most professions that come with a big paycheck, a poker player's age has no bearing on his or her potential to earn tons of money. Case and point: While most of his friends are busy applying for entry level jobs that might (if they are lucky) come with a $30,000 annual salary, 23 year old Massachusetts resident Daniel Colman just won $15 million playing poker. That's not his career earnings from a bunch of tournaments. That's not for the entire series of events. $15 million from one event. One win. $15,306,688 million in the bank account.

The tournament is called the Big One for One Drop. The tournament's entry fee is $1 million. That's not a typo. Guy Laliberte, the man who founded Cirque du Soleil, came up with the tournament as a way to promote his One Drop foundation that aims to bring better drinking water to the world.

Laliberte loves playing in large cash games. He was recently featured on the Game Show Network's High Stakes Poker show. The show's allure was simple. The Poker Boom meant massive fields and inexperienced players. TV viewers weren't seeing as many familiar faces and started to change the channel. High Stakes Poker brought the best players together in a controlled setting. It also brought in amateur players with millions to spend. Laliberte fared well on the show and donated his winnings to charity.

It was that combination of best players and high stakes that led to the Big One for One Drop. The tournament is strictly limited to 42 participants. Instead of sprinting for a chip lead against amateurs, the place of play and strategy can be somewhat more methodical. After all, it costs $1 million to play. Many of the players admitted to CNBC they have investors who help foot the bill to enter the tournament for a cut of the potential winnings.

The payouts are also different. If a player makes a final table, he or she might make just a few thousand dollars in profit. At the World Series Main Event, a player will earn hundreds of thousands. At The Big One For One Drop, ninth place earned a nice handshake. Only eight players cashed. Granted, eighth place earned more than $300,000 in profit this year. Finishing fifth or better guaranteed $1 million in profit. Daniel Negreanu, who finished second, had to settle for winnings of $8,228,001.

Then there's Colman, who wasn't even a teenager when Chris Moneymaker changed the poker world forever. Poker blogs and trades say Colman is a force playing high stakes online games. He recently finished third in the WSOP heads-up event. That earned him a him a little more than $100,000. This prize is 150 times more, making Colman one of the largest winners in WSOP history, even though he only has one career title. 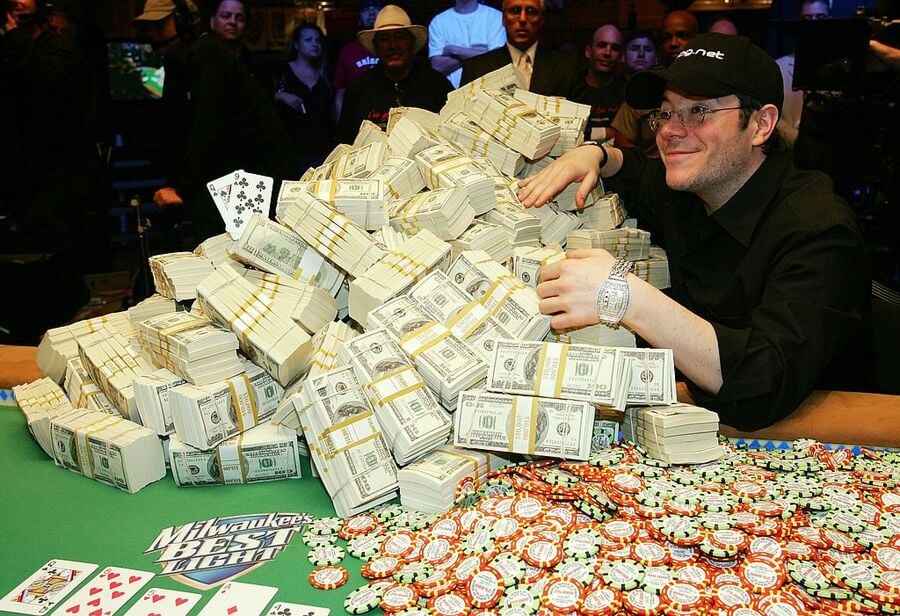 This is the part of a story where we would feature a quote from Colman on how this victory will change his life. During the Poker Boom, media exposure and sponsorships were valued commodities. In 2014, those commodities are harder to find and not as important to many of the world's top players. Colman didn't do a single interview after his win. There was no tweeting, no promotion, no thanking of sponsors. A friend told ESPN Colman wanted the focus to be on the One Drop Foundation, not the $15 million that dropped in Colman's lap after the win. Impressive! The future of televised poker may not be what it was in 2003. But on the positive side, the money surrounding poker today is as big as ever and perhaps more secure. Just ask Daniel Colma…if you can convince him to do an interview.