Back in 1997, OJ Simpson was found liable in civil court for the wrongful death of Ron Goldman. As you know, Ron Goldman was killed in 1994 alongside Simpson's ex-wife Nicole Brown Simpson. This was a civil conviction. O.J. was found criminally not guilty at the infamous trial you're thinking of. Not long after that trial, Simpson faced a judge and jury again, in a civil trial which can only carry a monetary penalty if a guilty verdict is rendered. Furthermore, a criminal conviction requires a unanimous verdict. A civil conviction requires a simple majority from the jury.

After O.J. was found civilly liable for the murder of Ron Goldman, in a lawsuit brought by Ron's father Fred, Simpson was ordered to the Goldman family a judgment of $33.5 million. Unfortunately for the Goldmans, Simpson has been reluctant to pay the sum ever since – to say the least.

This week TMZ dug up a court filing which showed that Fred Goldman has filed new court documents asserting to renew the judgment and get Simpson back on a paying basis. Not only did Fred re-assert the judgment, he also updated the amount he believes the family is owed after interest and penalties. Today, Fred Goldman believes Simpson owes his family… 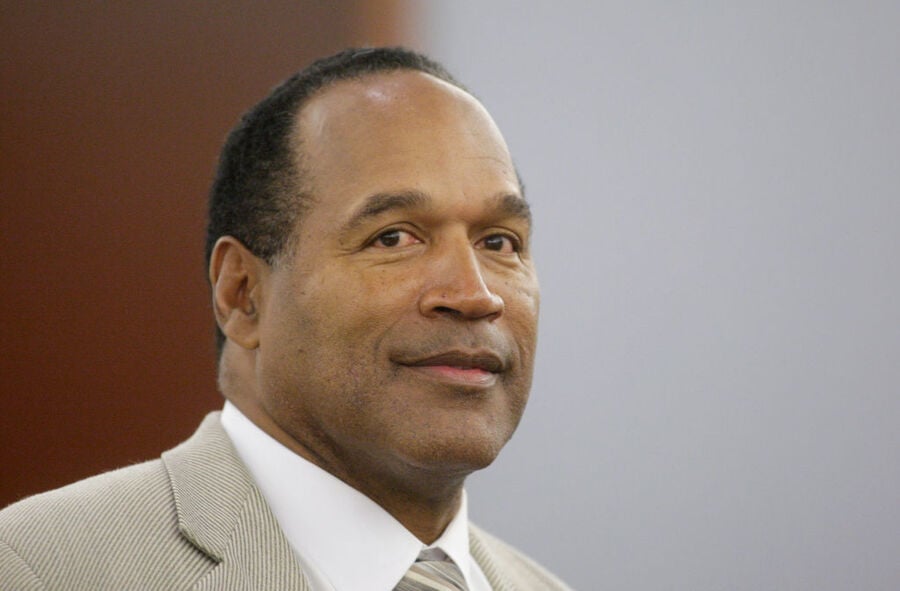 Goldman has employed various legal strategies to hold Simpson accountable to the '97 ruling, including seizing the rights of Simpson's infamous "If I Did It" book in bankruptcy court in 2007. But according to Goldman, Simpson has only made a smattering of payments over the last 25 years.

Goldman has been arguing that Simpson should resume payments on the ruling since his 2018 release from prison on unrelated charges, alleging that the former football star is making money that rightfully belongs to the Goldman family.

The filing is similar to one made by Goldman in 2015, in which he said Simpson owed $57 million at that point.

One of the legal challenges faced by Goldman is that Simpson has a handsome NFL pension that's reportedly paying him tens of thousands of dollars a month. Thanks to a legal quirk, money earned from a pension is protected from being forfeited t to a civil ruling.

O.J. also receives royalties for his screen acting career in the 70s and 80s in films like "Capricorn One" and the "Naked Gun" series, payments that Goldman has previously accused Simpson of diverting in order to elude the damages.

FYI, in the 2.5 decades since the $33.5 million civil verdict, O.J. has paid the Goldman family approximately…