By Joseph Gibson on September 7, 2021 in Articles › Celebrity News

The master film director behind "The Godfather," "Apocalypse Now," and "Bram Stoker's Dracula" has a reputation for sinking his own money into his projects, sometimes with lucrative results and other times with near-bankruptcy. Now, in a recent Deadline interview, Francis Ford Coppola spoke about a long-gestating project that he's willing to invest $100 million of his own money in if necessary. And with a net worth of $400 million, Francis could indeed foot the bill.

The project is known as "Megalopolis," and in one way or another Coppola has been working on it for decades. Now, things are finally starting to ramp up, and he's even got a big names secured for the cast: Oscar Isaac and Forest Whitaker. Here's how Coppola describes the movie:

"The concept of the film is a Roman epic, in the traditional Cecile B. DeMille or 'Ben-Hur' way, but told as a modern counterpart focusing on America…It's based on the Catiline conspiracy, which comes to us from ancient Rome. This was a famous duel between a patrician, Catiline, and that part will be played by Oscar Isaac, and the famous Cicero, who will be Forest Whitaker. He is now the beleaguered mayor of New York, during a financial crisis, close to the one that Mayor Dinkins had. This story takes place in a new Rome, a Roman epic sent in modern times. The time set is not a specific year in modern New York, it's an impression of modern New York, which I call New Rome." 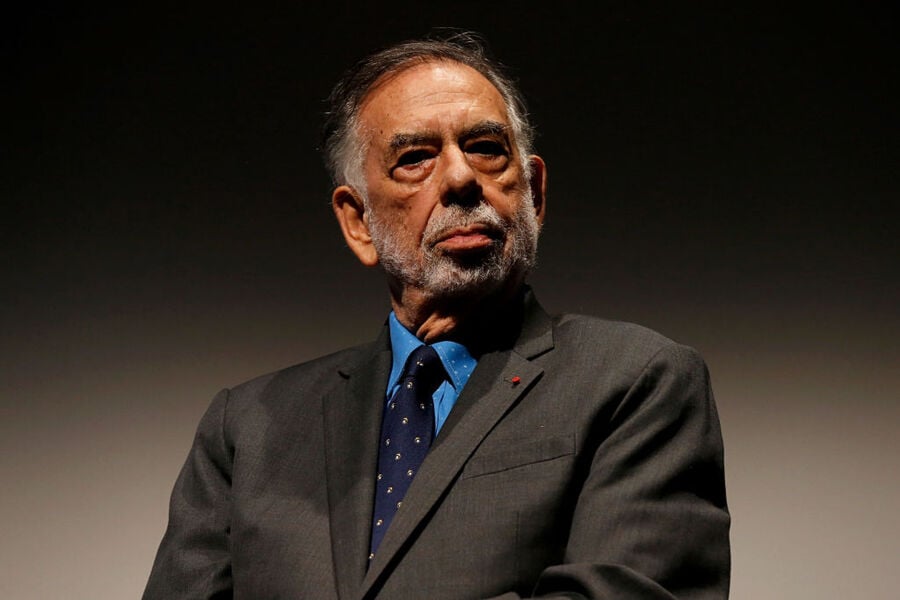 Sounds great, but it's also not the kind of movie that media companies are rushing to spend $100-$120 million on these days. Which is why Coppola says that he's once again willing to put up his own money to make sure the movie gets made — even if he has to put up the entire sum himself:

"I have some private financiers who want to come in on a partner basis, and I'm willing to match their funds, if I have to…Obviously the more money I have to put up, the more complications it gives me, but I am capable of doing it. I am capable of going the whole distance if I really had to. It would be hard for me or anyone to put up $100 million to make a utopian dream of a film, but it is not impossible for that to happen. It has been in the news I just sold one of my wineries to another company. So I'm a position where I don't have the money but I can borrow it. So basically I am the same position as I was in that Dream Studio period, where I want to see the dream come true and I am not afraid to risk my own money to make it happen."

Coppola famously almost lost his (now extremely lucrative) vineyards due to his financial entanglements in "Apocalypse Now" (which went on to become a box office smash and popular classic), and nearly went bankrupt from his experimental musical "One from the Heart" in the early 80s (which didn't). So if he does end up having to stake this newest venture himself, at least he has some pertinent experience.

Putting your own money into a project, especially one as expensive as "Megalopolis," is a known taboo in Hollywood, and it doesn't happen often. But clearly Coppola is willing and ready to do it if that's what it takes to get his movie completed.