By Beth McDonald on February 29, 2016 in Articles › Celebrity News

According to the recently filed appeal, the 15-year term is "unreasonable," as it is longer than the maximum term prosecutors had pursued as part of his plea deal. Specifically, as part of the plea deal, Fogle would plead guilty and not ask for a prison sentence of less than five years, while prosecutors would not ask for a prison sentence of more than 12 years. Fogle also paid over $1.0 million in restitution to 14 of his victims. Fogle's defense attorney writes in the appeal:

"Fogle acknowledges that he has committed inexcusable acts for which he takes full responsibility and is genuinely remorseful… [However] the District Court's ruling undermines the notions of trust and fairness that undergird our delicate system of plea bargaining." 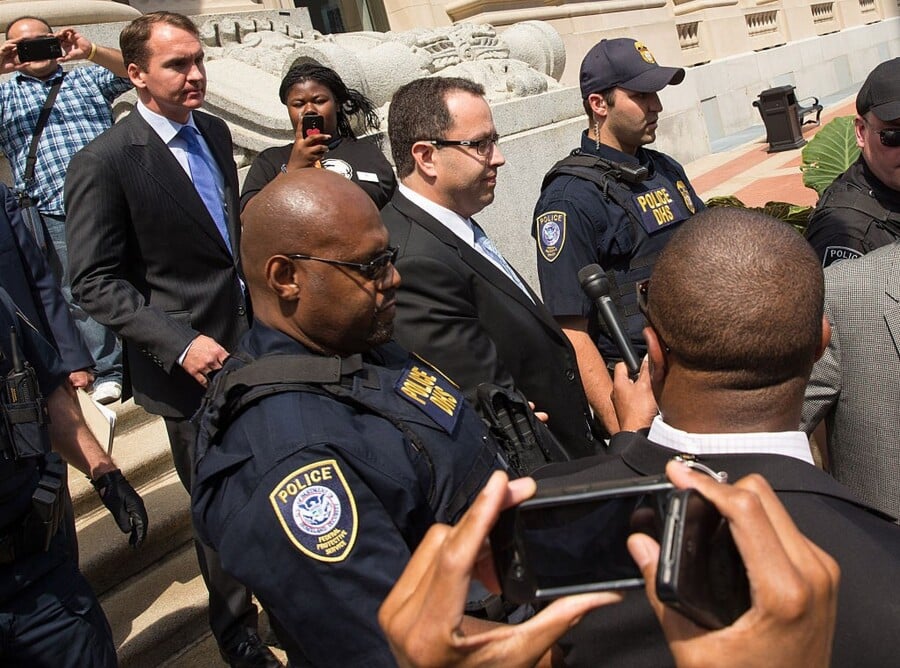 In 2015, Fogle admitted to paying for sex with girls that were 16 and 17 years old, as well as receiving child pornography from the former head of his charity, Russel Taylor, who was recently sentenced to 27 years in prison for child exploitation and child pornography distribution. According to the appeal, the judge who issued the sentence took into consideration allegations for which Fogle was never criminally charged, and therefore, he should be resentenced.

Fogle, who has a current net worth of $12 million, amassed a fortune over the years from his spokesman gig at Subway, as well as from speeches, appearances, and book deals. However, as a result of his crimes, he may well be left with nothing. Amid the controversy, Subway cut ties with the disgraced Fogle and removed him from all marketing and advertisements. In addition to criminal restitution payments, his wife filed for divorce and is expected to receive upwards of $7.0 million as a settlement. If that weren't enough, in mid-2015 Fogle faced questions regarding his anti-obesity charity, which had raised money, but had never actually issued any grants, according to a USA Today report.

According to statements issued by Fogle and his family, he understands that his actions were heinous and deplorable, and he has expressed remorse over his wrongdoings. In addition to serving a prison sentence, he will seek counseling and psychiatric medical treatment.