By Joseph Gibson on October 8, 2015 in Articles › Celebrity News

Former guitarist for the Red Hot Chili Peppers, John Frusciante, is in the midst of divorce proceedings with his wife of almost four years, Nicole Frusciante, and the latest development in their separation will probably not put John in a particularly good mood.

In recently filed divorce documentation, Nicole Frusciante says that the $20,000 she got from her husband initially is nowhere near adequate, considering the lifestyle that she, as the saying goes, had grown accustomed to while they were married and living high off that sweet Red Hot Chili Pepper cash. Nicole's life as the wife of an RHCP guitarist was much too lavish for a mere $20,000 payment to cover, and included such luxuries as three different houses, a personal staff, and a private recording studio. To these ends, she's asking for a payment of $75,000 from her soon-to-be ex-husband – every single month. 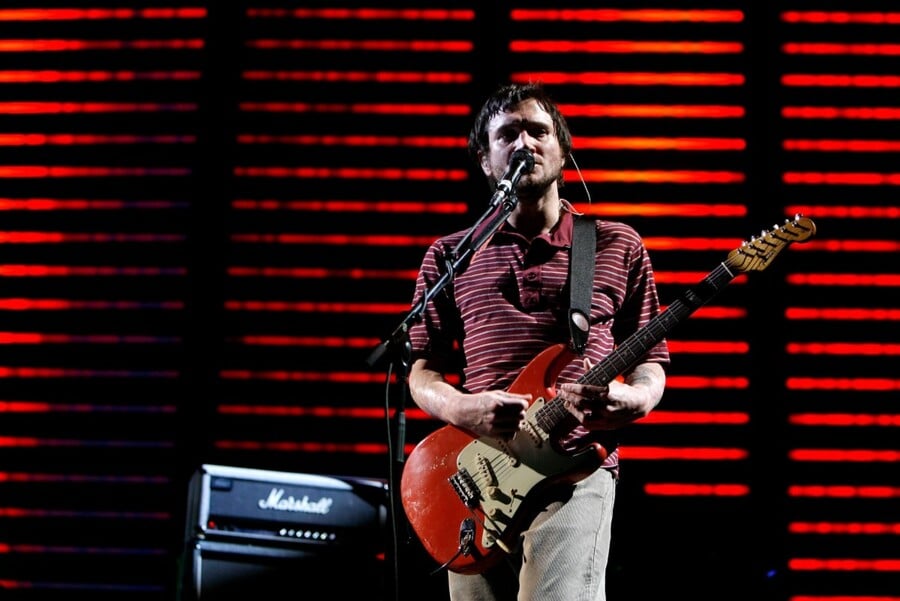 The documents also accuse John of locking Nicole out of his vast personal fortune, which according to her is somewhere in the neighborhood of $14 million. She says she's entitled to part of that money, and that her own personal bank account is down to an anemic sub-thirty-grand figure.

John Frusciante hasn't responded to Nicole's accusations or her claim to $75,000 a month, so it seems like it will likely be decided in court sometime in the future. If the Frusciantes are to have a contentious divorce battle, they have a long way to go before it gets resolved, since the couple only filed for divorce a few months ago in May.