Former NFL player Phillip Buchanon carved out a nice little NFL career for himself. After attending the University of Miami, he was selected by the Oakland Raiders with the 17th pick in the 2002 NFL Draft. The cornerback also played for the Houston Texans, Tampa Bay Buccaneers, Detroit Lions and Washington Redskins. Sure, none of those teams achieved much while he played for them, but a solid 10-year career in the NFL is nothing to sneeze at. During his time in the NFL, Phillip earned a little over $11 million.  And like many professional athletes, Phillip Buchanon experienced a learning curve when it came to his personal finances. But unlike many professional athletes, Phillip had one an especially bizarre and awkward financial experience he never could have seen coming.

At some point in his or her career, every single professional athlete will have to deal with moochers. These moochers are especially effective when the athlete first starts to make the big bucks. Whether it's a friend from back in the day wanting to be in the entourage, a distant relative asking for money as part of a get rich quick scheme, a former coach, a priest, perfect strangers off the street, every girl you've ever dated… pretty much anyone can end up being a moocher. One person who you'd never expect to end up being a blood sucking moocher? Mom!

In his new book, "New Money, Staying Rich," Buchanon tells an all-too-common tale about personal finance woes, but his experience with his own mother is especially awkward and bizarre.

After he was drafted, Phillip's mother came to him and presented him with a bill. The bill requested payment of $1 million. What service was provided to for her to be owed a million bucks? Was she his agent? A manager? A lawyer who brokered some amazing contract? Nope, nope and nope.

Phillip's mother demanded $1 million as payment FOR RAISING HIM!!! 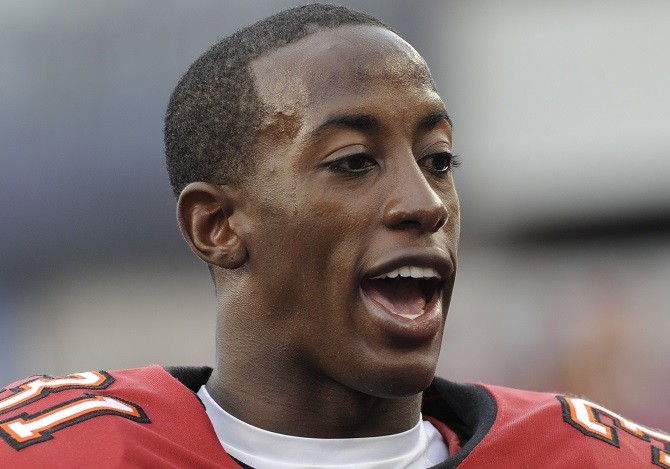 Can you imagine that? Parents generally only expect love and respect from their child. Maybe a child is expected to occasionally help out with chores around the house. But a financial agreement is just absurd.

Buchanon thought so, but ever the good son, he did agree to buy his mother a new house on the condition she sell her current home. She refused and instead rented the old home to an aunt, forcing Buchanon to make payments on both. Knowing that this was an unsustainable solution, Phillip proposed an alternate solution: Offer to buy his mother a smaller house, one that would still be comfortable, didn't require any loans, and would allow his little brothers and sister to live without worrying about their home possibly being taken away due to a missed payment.

Unbelievably, his mother turned down that offer, and opted for $15,000 cash instead. Buchanon warned that she better not call him if the money ran out. Not only did she blow through the $15,000, she also eventually lost her home.

His mother wasn't the only person spending his money, either. Buchanon writes that family members would ask him for money to fix things around the house. When he wrote them a check, guess what? Those things still remained broken. If Buchanon offered to pay the repair companies directly, all of a sudden the family members didn't want the help.

Don't feel sorry for Buchanon, though; he'd rather athletes learn from his experiences. Having that much money can be overwhelming, especially when family members come calling. Being able to say no is difficult, but necessary. If Buchanon has to share some personal stories to get that message across and help some other athletes, so be it.