Tonight Floyd "Money" Mayweather will definitely be living up to his nickname as he faces off against Robert Guerrero at the MGM in Las Vegas. It's been a year since we've seen Floyd Mayweather in a boxing ring. During that time Floyd spent two months in jail for domestic abuse. While he was incarcerated, Floyd complained that the prison food was causing his muscles to deflate because he was not able to consume nearly enough protein or calories. After his release in August, Mayweather jump started a rigorous training circuit to prepare for tonight's bout. But was it enough to bring back his old shape? Honestly, it doesn't really matter that much because even if Floyd loses tonight, he'll still walk away with a staggering $50 million paycheck. 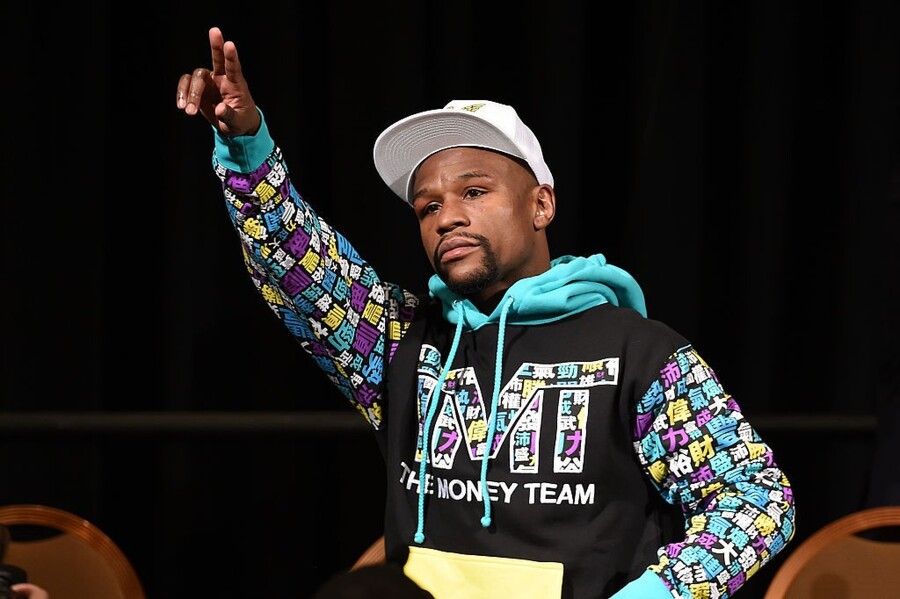 Despite all of his controversy (or perhaps because of it) Floyd Mayweather is still one of the most popular and bankable boxers in the ring today. He carries with him a perfect 43-0 record, with 26 knockouts, and is considered the best pound-for-pound fighter in the world. When Floyd fights, he sets pay-per-view records with purchases rates easily topping 1 million for every match. Thanks to this success, Floyd has been able to secure one of the most lucrative financial deals in the history of sports and entertainment in general. Whenever Floyd steps into the ring, he's not just a paid performer, he's essentially the executive producer of the entire event.

Here's how it works: Traditionally a boxing match is organized and paid for by a big company like Oscar De La Hoya's Golden Boy Promotions or Bob Arum's Top Rank. These companies pony up all the money for the match up. That includes everything, from providing guaranteed purses for both fighters, to paying for the arena, to paying for the concessions… For a prime time fight featuring someone like Mayweather or Manny Pacquiao, the upfront costs will be roughly $40-$50 million ($30 million going to the main fighter). When Pacquio fights, he is under contract with Bob Arum's Top Rank, so he gets paid a set fee plus a small share of the PPV profits.

When Floyd Mayweather fights, he cuts out the promotional companies and pays for everything himself. That means he takes $40-50 million out of his own bank account and pays for the entire event up front. Technically he's only taking out around $10-20 million because he puts up $32 million for himself as a guaranteed paycheck. The risk in putting up all the money himself is he is exposed to the downside if the event loses money or if some act of God makes it impossible to fight. The upside, is that if the event succeeds the way most people expect, Floyd owns 90% of of the evening's profits. He still gives Oscar De La Hoya a 10% cut for marketing and promotion.

The numbers: Let's one million people order tonight's fight for $60. That's $60 million in pay-per-view revenue. Concessions, merchandise and ticket sales are expected to bring in another $10 million for a total revenue potential of $70 million. If the whole event costs $20 million to put together, that leaves $50 million in profits leftover, 90% of which go directly to Floyd. Assuming the fight goes all 12 rounds, Floyd will spend around roughly 75 minutes actually "working" tonight. That breaks down to $25.6 million per hour, $700,000 per minute, $11,111 per second. And that's assuming Floyd doesn't knock Guerrero out in the first round! How do I get that job? Oh right, I should probably learn how to do 10 pushups first.