Tonight when Floyd Mayweather fights Marcos Maidana, he will earn a guaranteed $32 million dollars just to show up. Maidana will earn a career high $1.5 million. Both boxers could earn huge bonuses based on pay per view sales. Mayweather will also earn a cut a merchandise, concessions and ticket sales. In a relatively unique move, Maidana shrewdly negotiated a extra cut of the pay per view sales that occur in his home country of Argentina where his career is closely followed. After tonight, Floyd will have three fights left in his monumental $200 million exclusive deal with Showtime. That deal guarantees Floyd $30 million up front for each fight plus a generous cut of every event's profits. But the real question is: Does anyone care anymore? Do we care enough to buy tonight's fight? How about the next three??? 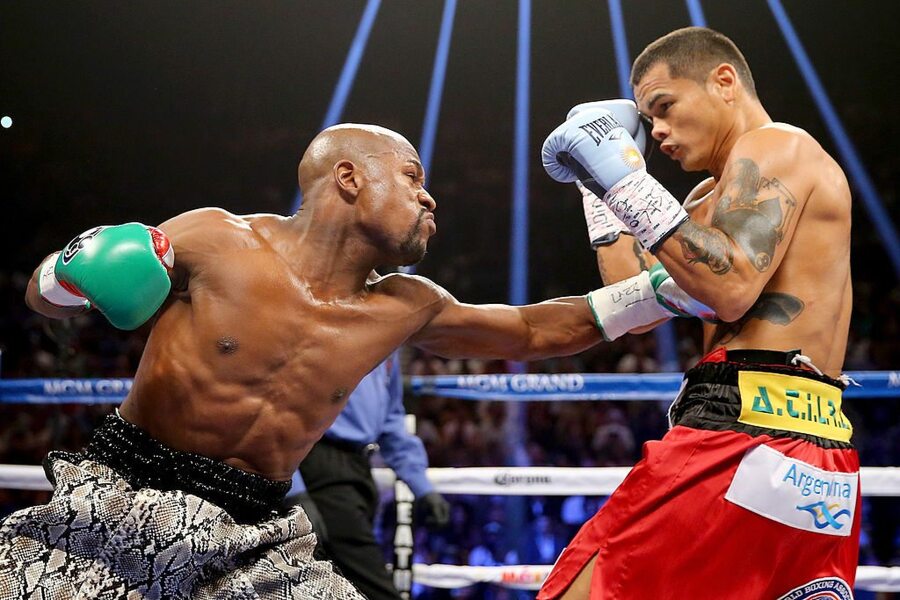 After tonight, Floyd's career earnings from boxing purses and bonuses will total $373 million. He earned $85 million in 2013 alone. That was enough to make him the highest paid athlete in the world. And it should be noted that Mayweather essentially does not earn any money from endorsements. At least not anything significant. For some perspective, Tiger Woods was the second highest paid athlete in the world in 2013 with $78 million. Of that $78 million, 80% came from endorsements (roughly $65 million).

The fact is, Mayweather will win tonight. It's hardly even a question anymore. Mayweather hasn't faced off against a fair opponent in years. The really big question is: Does anyone actually care about a Mayweather fight anymore? Are people still interested enough to plunk down $65 to watch Floyd walkaway without hardly even breaking a sweat The PPV is actually $75 if you want it in HD. Who DOESN'T want it HD? What a freaking scam. People who don't have HD should be forced to pay a $10 fine for being at a point in their life where they're willing to spend $65 on a single boxing match but not $400 to purchase an HD capable television.

I feel pretty good about my prediction that Floyd will win without breaking a sweat. I am also pretty confident that tonight's PPV view numbers will absolutely stink. Most people I talked to this week didn't even know that there was a Mayweather fight tonight, and no one had ever heard of Marcos Maidana. But I Hope I'm wrong! Nothing would be better for boxing than if Floyd lost and was forced to actually face real competition in the future. 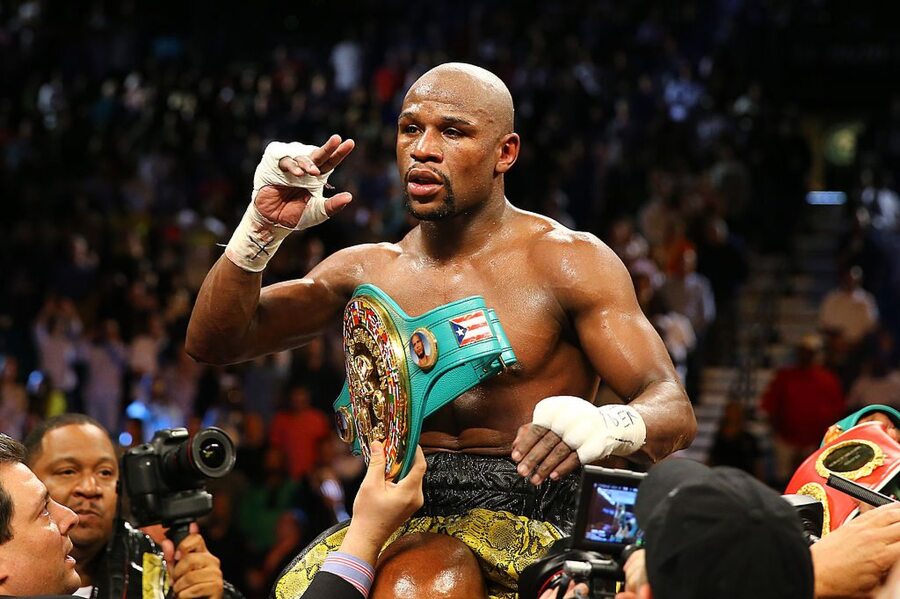 How is Floyd Mayweather able to earn so much money without having to face a true opponent? Well, the bottom line is that Mayweather's fights are very different from your average boxing event. Typically, a fighter (including big names like Manny Pacquiao) are paid a large up front fee to simply show up and fight. These "contract fighters" are entitled to a a small PPV bonus incentive, but that ends up being a relatively small amount. The lions share of a typical boxing event's profits go to the promoters. Promoters like Bob Arum and Oscar de la Hoya put up all the money to actually stage the fight. They reserve the venue, pay the concession workers, arrange TV deals etc. Because the promoters are taking on all the risk, they also stand to have the largest windfall from the profits (or conversely the largest exposure to any losses). When Mayweather fights tonight, he splits these advanced cost with Showtime. His share of the costs come straight out of his own VERY DEEP pockets. That allows him to own a piece of the upside action.