By Joseph Gibson on October 4, 2020 in Articles › Celebrity News

Floyd Mayweather is open to a Conor McGregor rematch, as well as a fight against Khabib Nurmagomedov, reports TMZ. But, as his fans expect, he's also not going to do it for cheap. He recently appeared on the "Club Shay Shay" podcast hosted by Shannon Sharpe to speak on the subject, and he says his price to fight McGregor and Khabib is $300 million – each!

Mayweather mixed in a little subtle trash talk into his rationale for agreeing to match up with the two fighters, assuming the price is right, telling Sharpe that at this stage, he's prioritizing his long-term health by only agreeing to fights he think he can easily win. McGregor, he says, "can't punch," an opinion he purportedly formed during their famous 2017 match. 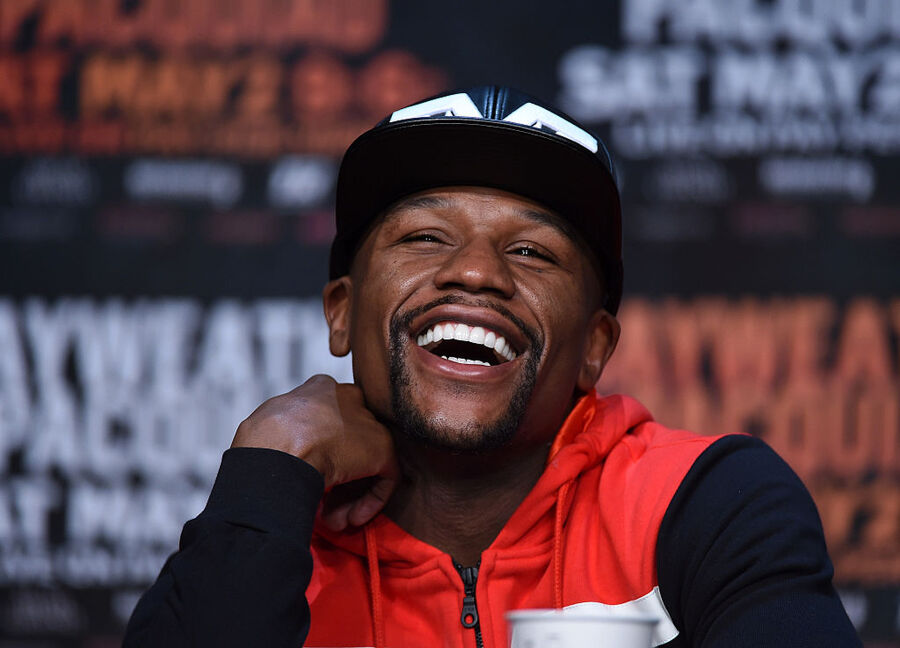 That wasn't it as far as trash talk is concerned. Mayweather also took the opportunity to make a formal claim as the greatest boxer to ever enter the ring, singling out the late boxing legend Muhammad Ali for why he doesn't deserve the number one slot:

"Is Ali the same fighter that got beat by a guy with 7 fights? Leon Spinks beat Muhammad Ali when he only had 7 fights…If we really tell the truth, what's the heavyweight guy that Ali fought 3 times? Ken Norton really beat Ali all 3 times. Go back and look at the fights."

Mayweather went onto admit that Ali was "a pioneer" for refusing to fight in the Vietnam war and giving up his titles as a result. But then he said he would have done the same in that situation:

"And I would have done the same thing if I was in that era. He did what he was supposed to do in that era."

Whether Mayweather is truly the greatest boxer of all time or not, he is undoubtedly the most expensive, and he doesn't seem interested in lowering his rates any time soon.