By Brian Warner on June 3, 2013 in Articles › Celebrity News

Floyd Mayweather is no stranger to placing big bets on sporting events. On Twitter and Instagram, Floyd is constantly posting photos of himself next to mountains of cash that he has recently won off a bet, or a winning ticket that's worth hundreds of thousands of dollars. Interestingly, he never posts a photo of a losing ticket but that doesn't mean Floyd's betting record is as perfect as his boxing record. In fact, Floyd admits that he loses all the time but never more than he wins. In 2012, Floyd profited $4.3 million off sports betting. His typical bet is around $100,000, but for tonight's NBA playoff Game 7 Floyd has stepped it up a notch. There are rumors flying around that earlier today, Floyd Mayweather has bet a staggering $5.9 million that the Miami Heat will beat the Indiana Pacers with a -7 point spread. That nearly doubles his previous single wager record and must be one of the largest individual sports bets ever placed.

Throughout the year Floyd regularly bets on everything from college football to the NBA, the Super Bowl and even other boxing matches. Floyd's typical bet is around ranges from $100,000 to $200,000, but on special occasions he really shoots for the stars. During the 2012 NFL playoffs, Floyd famously won $1 million betting on a single AFC title game only to lose it all just a few weeks later when the Patriots lost to the Giants in Super Bowl XLVI. A few months later Floyd won a $1.9 million bet on a regular season Clippers NBA game. Floyd's biggest wager of all time before today was the $3 million he put on his hometown Michigan Wolverines football team to beat Alabama in August 2012. Unfortunately, Michigan went on to lose 44-14 rendering Floyd $3 million poorer. In October 2012, Floyd lost $1.1 on Oregon football. 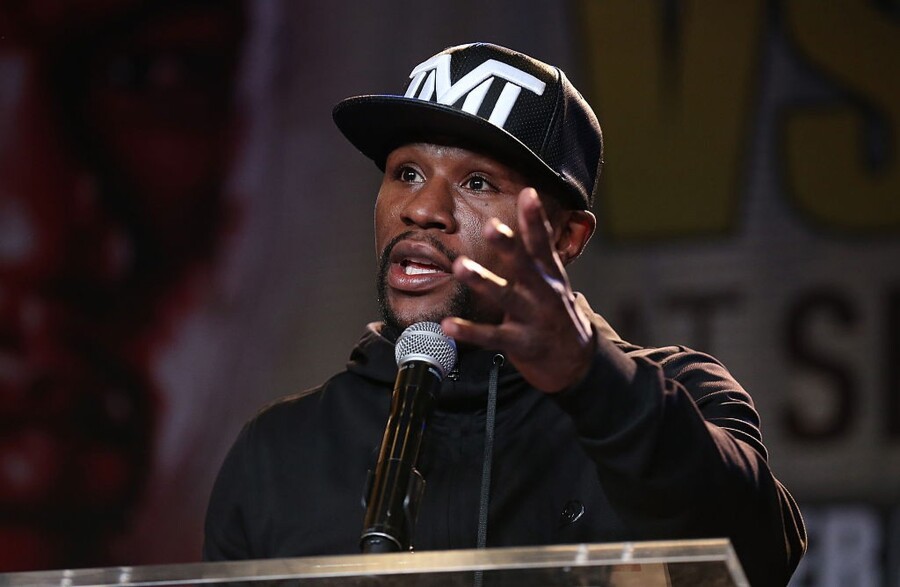 Since Floyd locked in a -7 Spread, to win his bet tonight the Miami Heat will have to beat the Pacers by 8. If they win by 7 he pushes (gets his bet back), if they win by 6 he loses. His money line is 105, which means if he does win, $5.9 million will pay out a profit of $5.6 million. Normally when Floyd makes these humongous bets, he uses a team full of assistants and family members to spread the money out among a bunch of casinos and sports books. No one casino is willing to take that much action on one bet.

This must be one of the biggest bets ever placed on a single sporting event. The rapper Birdman lost a $5 million bet when the New England Patriots lost that same Super Bowl match up against the Giants. Birdman also lost $2 million on the Miami Heat in the 2011 NBA finals. No word on whether he has bet anything on tonight's Heat game, so maybe Birdman has learned his lesson. 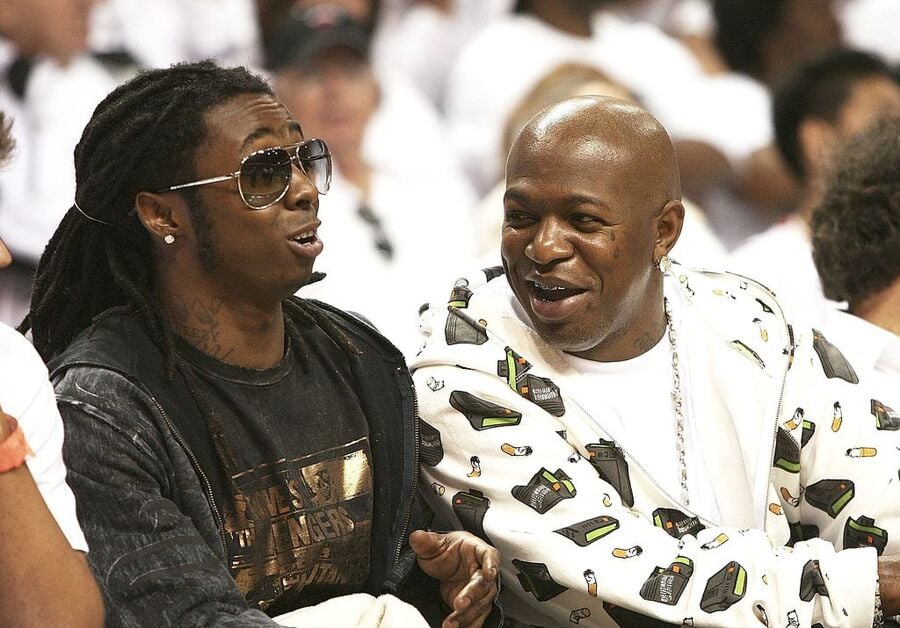 Birdman & Lil Wayne Courtside /Doug Benc/Getty Images
Did we make a mistake?
Submit a correction suggestion and help us fix it!
Submit a Correction