In 37 days, Floyd Mayweather and Manny Pacquiao will meet in the ring for the first time. The matchup is easily the most highly anticipated and hyped fight in boxing history. It's also already on pace to be the highest revenue-producing event in boxing history. As we detailed two days ago, the Floyd/Manny bout is expected to break records in all four of boxing's major revenue-producing categories: 1) Live Gate – money earned from selling tickets at the actual venue, 2) Pay Per View, 3) Foreign Rights, and 4) Primary Sponsorship. And as the revenue streams start to overflow, the amount of money Mr. Mayweather is projected to earn from the night keeps adding up…

When the fight was first announced, we learned that Floyd and Manny would split all profits generated by the contest 60/40, with Floyd getting the 60. At the time, most analysts predicted that the fight would generate around $300 million in revenue. Of that $300 million, $50 million would go towards expenses, leaving Floyd and Manny with $150 million and $100 million, respectively. On the conservative end, most people agreed that Floyd would walk away with $120 million, and Manny would get $80 million.

These are all very large sums of money. But perhaps not large enough!

Earlier today, Manny's promoter revealed that Floyd's payday might actually be closer to $180 million! For one night's work! Win, lose or draw! 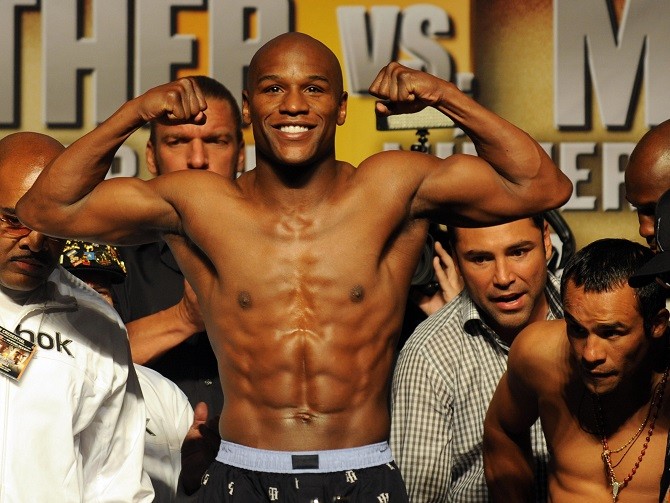 To give you some perspective on just how insane that is, consider the fact that Derek Jeter's final contract with the Yankees paid him $189 million over 10 years!

Only 13 athletes in the history of sports have earned more from one contract than Floyd will likely take home on the evening of May 2nd.