By Joseph Gibson on December 31, 2018 in Articles › Celebrity News

Floyd "Money" Mayweather has earned his famous nickname once again for pulling in a $9 million paycheck for a little more than two minutes of work. It happened at Rizin 14, a boxing exhibition in Japan on New Year's Eve, in a fight against 20-year-old Japanese kickboxer Tenshin Nasukawa.

The Mayweather/Nasukawa fight was scheduled to be up to three rounds under boxing rules, but Mayweather only required one to take Nasukawa out. Less than one, actually, since with 48 seconds left to go in the first Nasukawa's manager saw the writing on the wall and threw in the towel, pulling his fighter out of a match in which he was clearly outweighed, outmatched, and outfought by the more experienced and seemingly more powerful Mayweather. 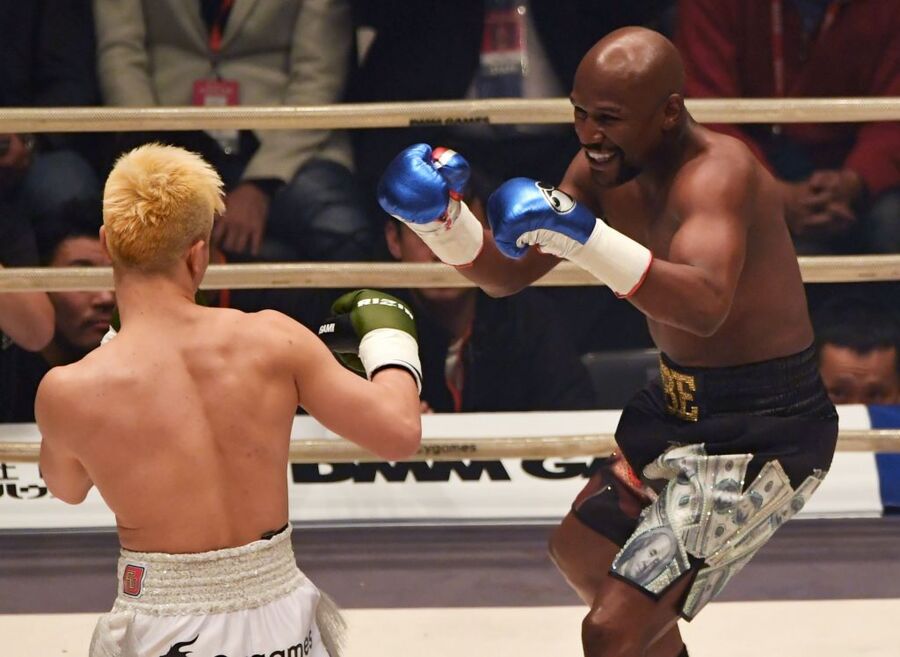 Nasukawa was a heavy underdog in the fight, which wasn't even listed by any organization as an official bout. But Nasukawa is reported to have taken the fight seriously and seemed to be surprised by Mayweather's power in the ring. Because of the fight's unofficial status, Nasukawa is still technically undefeated, and afterwards Nasukawa took to Instagram to issue his thoughts (via Google Translate from Japanese, which is why it seems a bit wonky):

Although the result has been knocked down

I do not regret it

I did not reach Mayweather at my own 20 years.

But I came out with courage.

Thank you very much, Mayweather players who fought.

Thank you very much for everyone who supported me.

I could not shape your thoughts, but I will continue to challenge from now on

Everyone, thank you again this year."

Most interestingly for our purposes here, if you take the two minutes and 12 seconds it took for the fight to be finished and break it down to 132 seconds, Mayweather made an even more impressive $68,181 PER SECOND for the fight – a lot of money even by Mayweather's standards.