Flavor Flav's career has taken many different turns over the last 25 or so years. He first found fame as the comic relief/hype man/sidekick to Chuck D in the rap group Public Enemy, before beginning a slow slide into late night talk show punchline and reality TV star. Those ups and downs come with their own price – in Flav's case, more than $100,000 in child support payments which he had previously owed. 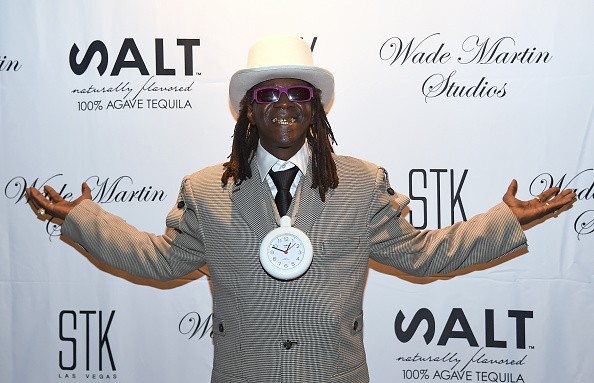 But, that's been taken care of now. Today, Flavor Flav showed up at Albany County Family Court to settle his debt with Angie Parker. Flav has fathered three children with Parker, and was facing a 180-day prison sentence if he failed to pay the $111,186 in child support payments he owed to her. While it's not known exactly how much of the sum he payed today, he must have cleared things up to the satisfaction of all the parties involved because he's out walking the streets instead of in prison.

Of course, this is a matter of ongoing and continuous child support, so this payment, however much it was, doesn't absolve Flav of future responsibilities. In fact, he has another court date in September of this year to make sure he's kept up with his child support payments in the ensuing time.

As for Flav, it isn't apparent that he has much of anything going on in the immediate future, career wise. His most recent widely seen gig was in a Super Bowl commercial for Pepsi along with fellos music industry stalwart Sir Elton John. He does, however, have a new restaurant in Las Vegas, Nevada which goes by the name of Flavor Flav's House of Flavor . It opened on his 53rd birthday: March 16, 2012. So hopefully, Flav will have the financial means to keep up with his child support responsibilities and won't be facing any more prison time any time soon.