On a cold afternoon in December 2008, legendary investment manager Bernie Madoff revealed a shocking truth to his sons Mark and Andrew and wife Ruth. Earlier that week, Bernie approached Mark at the office and announced that his firm could not afford to pay roughly $7 billion worth of client redemptions spawned by the sudden collapse of the world economy. This information was shocking to Mark because as far as he knew, the firm purportedly managed somewhere between $40 and $60 billion worth of client money. $7 billion would have been a tough pill to swallow, but not the end of the world. Bernie then surprised Mark again when he suggested that their firm move forward with paying $170 million in company bonuses, three months early. These statements did not make sense. How could their company, which was lauded by industry leaders and had been practicing for almost 50 years, not afford its basic client obligations but could afford to pay bonuses? During that confrontation on December 10th, Bernie confessed there "was nothing left" and that the entire business was "just one big lie…basically, a giant Ponzi scheme". Later that day, Andrew and Mark reported their father's confession to the FBI. And the following day, December 11, 2008, Bernie Madoff was arrested for orchestrating the largest Ponzi scheme in human history. A fraud that evaporated billions of dollars worth of wealth and rocked the investment world to the core. Madoff's swindle was a fraud that lasted longer, reached wider and cut deeper than any similar scheme in human history. How did Madoff get so much trust, money and power, and how did it all go so terribly wrong? 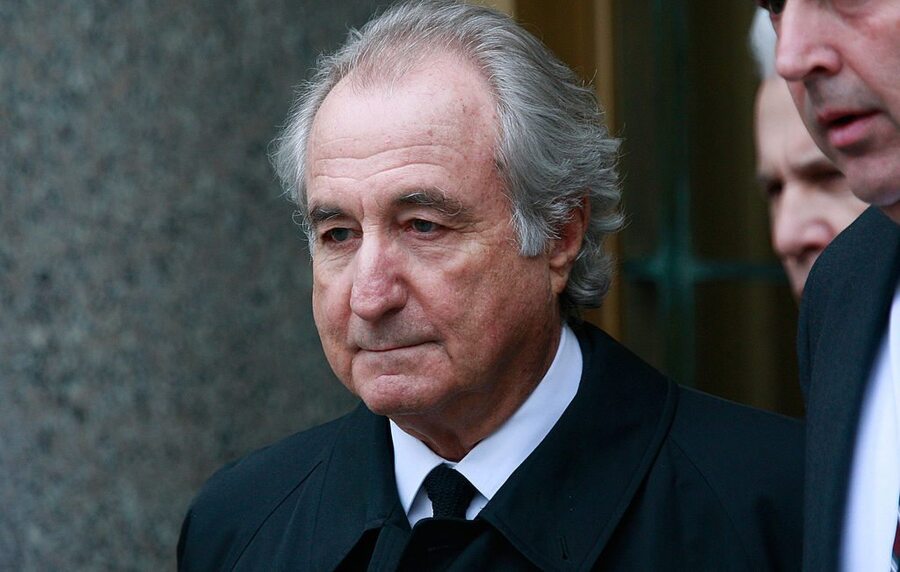 Bernie Madoff set up his small trading firm on Wall Street in 1960 with a plan to trade over-the-counter stocks on the fringes of the larger market. He started out with just $5000 which he had earned working as a lifeguard and sprinkler installer. He also borrowed $50,000 from his father in law Saul Alpern to officially establish Bernard L. Madoff Investment Securities LLC. This same father in law was instrumental in helping Bernie's business grow in the early years. Alpern, an accountant, referred many of his clients and friends to Bernie's new firm.

Over the next several decades, the firm grew by leaps and bounds. No one is quite sure when Bernie started cheating, many suspect it was as early as 1970, but by 1989, Madoff was handling more than five percent of the trading volume on the New York Stock Exchange. He pioneered the computerization of trading and quickly became one of the highest paid people on Wall Street. He was considered a visionary who got his clients better than average returns. In the early 1990s, he helped found the NASDAQ. Not too much later, he created Ascot Partners, the fund that was a giant scam from the very start.

As we all know now, Bernard L. Madoff Investment Securities LLC was the largest and longest running Ponzi scheme in history. The fraud bilked over $17 billion from thousand of clients. And not all of those clients were super wealthy. Many were charities, public endowments, or individual retirement accounts with modest holdings. The family who own the New York Mets lost $300 million that was invested in Ascot. A private banker placed $10 million of one of his client's money into Madoff's fund just weeks before the Ponzi scheme was revealed. One family had $100 million invested with Madoff. Countless others lost everything, including 80-year-old model Carmen Dell'Orefice, who had her entire savings wiped out by Madoff, forcing her to return to the catwalk in her golden years.

In total, Madoff orchestrated more than $65 billion worth of false returns over a more than 20 year period. Personal and institutional wealth from clients around the world were affected. From Manhattan to Palm Beach to Hollywood to Europe, Madoff's scheme was global and financed his lavish lifestyle. With the proceeds from his fraud, Madoff purchased a Manhattan apartment, a beachfront mansion in the Hamptons, a villa on the French Riviera, an office in a tony section of London, and yachts in New York, Florida, and the Mediterranean.

The public vilification of Bernie Madoff is ongoing, even as he is serving a 150-year federal prison sentence in North Carolina. His brother, Peter, who helped run the Ascot offices, is serving a 10-year sentence. His wife Ruth was not charged with a crime but she was stripped of nearly all of the family assets. His son, Mark Madoff, hanged himself to death on the two year anniversary of his father's arrest. 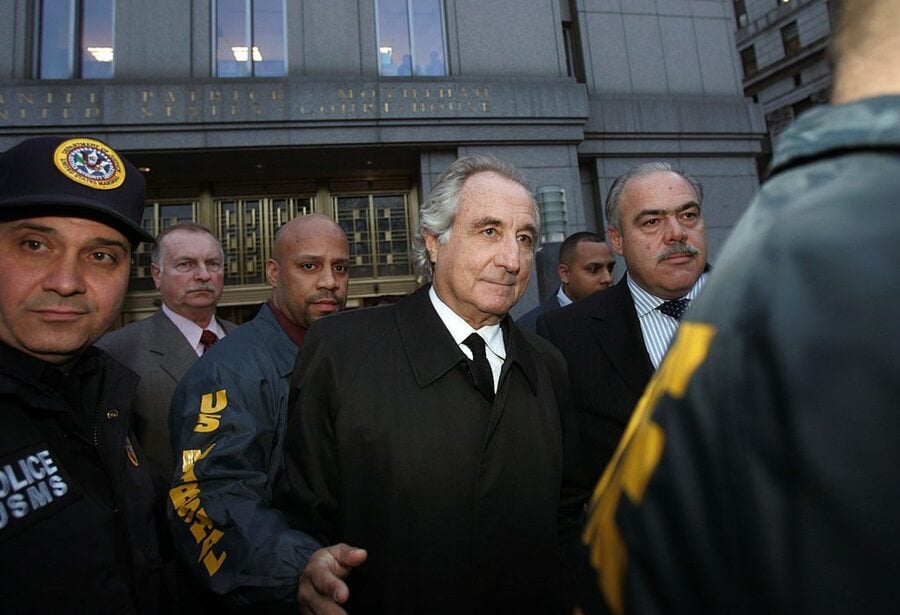 If all this wasn't bad enough, it has very recently been revealed in court documents that Madoff also ran a drug-fueled sex den in his offices. "One of the defendants was in a love triangle with Bernard Madoff himself," the papers said. They went on to describe an office environment where "a number of Madoff Securities employees and customers – including expected witnesses, defendants and others – were engaged in romantic or sexual relationships," with one another.

While defense attorneys representing the five Madoff employees who are being tried in connection to Madoff's Ponzi scheme acted surprised by the allegations, the prosecution plans to describe, in great detail, exactly how much sex, drugs and escorts were a part of Madoff's firm.

An earlier lawsuit in 2009 documented Madoff's love of prostitutes and strippers, reading: "Madoff's affinity for escorts, masseuses and attractive female employees was well known in the office culture, and certain feeders were allowed to participate in the conduct. "Madoff would even send two of his employees to buy cocaine for the sex parties" A 2009 report alleges that "employees had late night affairs in exciting places – such as their boss' sofa 'with whomever they could find".

The sordidness of the Madoff scandal seems to know no limits. Today, Bernie rots in jail. Furthermore, his brother also sits in jail, his son is dead, and his wife is disgraced. What is it about money and power that corrupts so many people? Madoff had it all and he threw it away because his greed and deviant lifestyle dominated common sense. I guess the basic lesson here is don't lie, cheat, steal or do drugs. More importantly, don't become the next Bernie Madoff.