Felicity Huffman Is Facing A Prison Sentence Because She Spent $.01 Too Much On College Testing Scheme

Felicity Huffman allegedly spent $15,000 on the infamous college testing scheme that has resulted in a massive law enforcement crackdown and countless headlines due to the involvement of herself and fellow celebrity Lori Loughlin. Buried in the actress' guilty plea is an interesting financial tidbit that almost seems like too much to believe: Due to sentencing guidelines in her case and her own guilty plea, her "offense level" is two points higher than it would have been if she had spent $14,999.99 or less instead of $15,000.

Basically, as a recent TooFab.com article points out, Huffman's attorneys attempted to argue the figure down to between $6,500 and $15,000, which would have reduced her offense level due to the tier-based way the law works (the higher your offense level, the greater the maximum sentence). It breaks down like this: The base level of her crime is a 7, onto which you add 4 due to the amount of money lost and/or gained in the commission of the crime to get 11, from which you take away 2 due to the fact that she fessed up and pleaded guilty. Had the financial amount in question been unarguably under $15,000, the added points would have been 2 instead of 4. 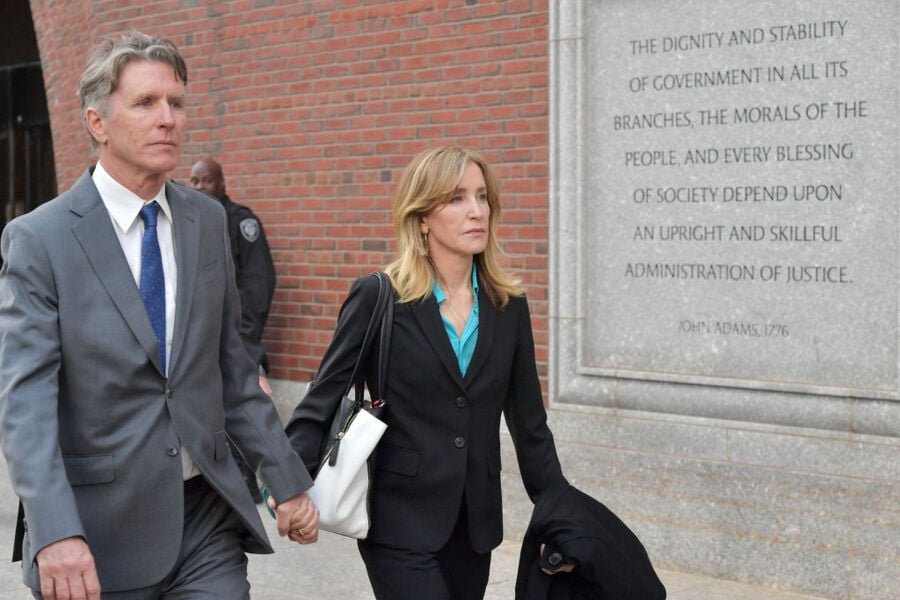 Sentencing is based on the guilty party's offense level, and Huffman's mail fraud charges carry a maximum sentence of 20 years in prison plus a fine of $250,000. But in their sentencing recommendation, prosecutors reportedly suggested "incarceration at the low end of the sentencing range," which TMZ says is somewhere between four and ten months behind bars. Whereas if Huffman's own figures are held up by the court instead, the sentence will only be for anywhere from 0 to six months in prison.

The lesson appears simple: If you're going to commit mail fraud or any comparable crime, try to keep your money spent under 15 grand – it may make all the difference if you find yourself in court later on.