By Brian Warner on January 22, 2015 in Articles › Celebrity News

Yesterday, beloved candy executive Melvin Gordon passed away at the age of 95. While his name might not immediately familiar to most of us, the products he controlled are a staple of the world's candy aisles. Melvin was the longtime Chairman and CEO of Tootsie Roll Industries Inc. He didn't found the company, but he did run it for more than 50 years alongside his wife of 65 years, Ellen Gordon. And even though he didn't invent the company's iconic brands, he did the steer Tootsie Roll Industries down an incredibly successful and prosperous path for five decades. He spearheaded brilliant acquisitions the earned the company (and himself) a massive candy-based empire. A fortune that actually just spiked in value after his death, on rumors that the family might sell their stake. But we're getting ahead of ourselves. Here's his inspirational story… 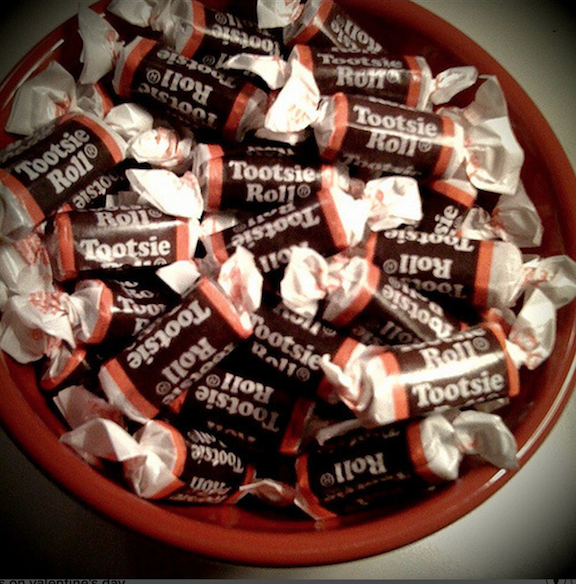 Tootsie Roll Industries was actually founded in 1896 by an Austrian immigrant named Arnold Schwarzenegger. I mean Leo Hirshfield. Sorry, I always confuse my Austrian immigrants. Leo started his candy business with a small shop in New York City. One of the first challenges Leo faced was that the fact that traditional Austrian chocolate bars that he was used to making, would melt into a messy liquid after sitting in the New York City summer heat for just a few minutes. Furthermore, if you wanted to mass produce candy bars, most would be ruined by the same heat during transportation. So Leo set out with the simple goal of creating a candy that tasted and looked like chocolate, that wouldn't melt in the heat. He also forced himself to use economically affordable chocolate alternatives so the end result would be cheap enough for a kid to buy.

After months of toiling in his chocolate laboratory, Leo perfected a concoction that had a similar look and feel of taffy or caramel, with an artificially induced chocolate taste. He called his creation the "Tootsie Roll". The name came from his daughter Clara who had gone by the nickname "Tootsie" since she was a baby.

For all the reasons he hoped, the Tootsie Roll was a huge hit both locally and all around the New York area. Kids and adults alike loved this little chocolate treat that could sit in a pocket for hours on a hot summer day and steal taste as fresh as ever. By 1905, Leo had outgrown his tiny candy shop and moved the operation to a five story factory.

The company was renamed "The Sweets Company of America" in 1917. In 1922 the company was publicly listed on the New York Stock Exchange. Throughout it all, Leo continued inventing new candies. One of those inventions, the Tootsie Pop, became especially popular during the Great Depression and Dust Bowl era. At a time when every American was dealing with unimaginable financial stresses, the Tootsie Pop was an affordable yet fun treat that brought a little bit of joy to a mostly joyless time.

Despite their product's popularity, like most American companies, during the early 30s The Sweets Company of America fell on hard times. In 1935 a man named Bernard D. Rubin successfully pulled off a semi-hostile takeover of the company and replaced Leo Hirshfield as President. One of his first directions as President was to increase the size of the Tootsie Roll. He also tweaked the original formula slightly to make it even more chocolate-like. In 1938, he moved the manufacturing facilities out of Manhattan to nearby Hoboken, New Jersey, where both rent and labor was slightly less expensive. These small improvements went a long way to revitalizing the company's fortunes, but it was the Second World War that made them bigger than ever.

During World War II, Tootsie Rolls were included in every American soldier's field rations. Once again, the fact that the candy stood up well in both extreme heat and extreme cold, made the Tootsie Roll a perfect treat.

When Bernard Rubin took over in 1935, The Sweets Company of America was generating $1 million a year in revenue. That's roughly $17.3 million after adjusting for inflation. By the time of his death in 1948, the company was generating $12 million a year. That's equal to roughly $118 million after adjusting for inflation. Upon Bernard's death, the company passed to his brother William B. Rubin. William remained President until 1962. At that point William's daughter took the reins. Her name was Ellen Rubin Gordon. Ellen's husband (of 12 years) was Melvin J. Gordon.

Through it all, the Gordons ran an unusually secretive and tight ship. Unlike most public companies, Tootsie Roll Industries never granted interviews to the press. Factory tours were like getting invited to meet the Pope. Even their SEC-required quarterly reports were succinct and lacking details. Their methods may have been unusual, especially for a seemingly fun candy company, but they worked. The company churned out profits and dividends every year. They shunned dozens of acquisition attempts over the years from larger conglomerates like Hershey's, Mars and Nestle.

By the mid-1980s, the company (which trades under the ticker symbol "TR") had a market cap of roughly $150 million. As of this writing, the company has a market cap of $2.01 billion. The stock actually spiked 7% on the news of Melvin's death and is up another 1% today. Lots of people are speculating with Melvin's passing, Ellen might be more open to selling their stake. The Gordons still control 49% of the company, which was worth $985 million at the close of trading yesterday.

In addition to his wife, Melvin his survived by four daughters and six grandchildren.

PS: In case you were wondering, the rumor that you get a free bag of Tootsie Pops from the factory if you find an Indian shooting a star on your wrapper… is false 🙁 It's actually never been true in the company's entire history, and they have no idea where that story came from. To this day, they get hundreds of letters every week from people all over the world looking for their free bag of lollipops.

PPS: How many licks does it take to get to the center of a Tootsie Pop? 12. Just kidding, I have no idea. In fact, the world may never know.